An Interview with Alisa Bowman 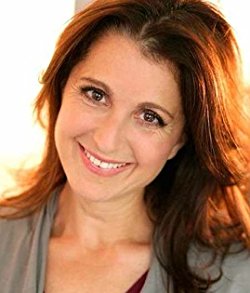 Professional writer Alisa Bowman has written for a variety of national publications and has appeared on the TODAY Show, Discovery Health, FOX’s Ask Dr. Manny, Better TV, and many others. As a writer/book collaborator, Bowman’s work has been featured seven times on the NY Times bestseller list and have sold millions of copies.

Her most recent book is Raising the Transgender Child: A Complete Guide for Parents, Families, and Caregivers written with Dr. Michele Angelo.

EB: Tell us about your new book with Michele Angello, Raising the Transgender Child: A Complete Guide for Parents, Families, and Caregivers.

AB: This book began one day as I had coffee with a literary agent who was interested in representing me for my book collaboration work. During coffee, I casually mentioned that my son was transgender. At the time, Caitlyn Jenner had just come out, and the literary agent leaned toward me and fired off dozens of questions. She was genuinely curious and wanted to learn. I was genuinely generous and offered as many answers as I could.

On my way out of the coffee house, a young man tapped me on the shoulder and said, “I couldn’t help but overhear…” I thought he was about to lecture me and tell me I was raising my child wrong. Instead he said, “I’m trans. I think you are a wonderful mother.” Then he handed me his business card and said, “If you ever need ANYTHING, please reach out.”

The lit agent and I marveled at how small this world can be. Then we parted ways.

Several weeks later, the agent emailed, saying she thought the world needed a guide for parents like me. She wanted me to write it, along with a gender therapist.

Just the idea of it made my stomach turn. At the time, my son was in the closet. He looked like any normal boy. Most people had no idea that he had ovaries and a vagina.

I told the agent that, though I could see the need for it, I could not pen a book like this. It was just too dangerous.

Soon a publisher was interested. I talked the publisher into allowing me to use a pen name.

And then I spent most of a year writing the book that I would have wanted to read at the very beginning of my parenting journey, back when I suspected that my son was a bit more masculine than what people usually label a “Tom Boy.”
Raising the Transgender Child is that book.

About two months before our pub date, a high school girl in our school district went before our school board and complained about transgender children in the locker rooms. She admitted that she had never met a transgender person (to her knowledge), but she didn’t want to use the locker room if transgender students would also be allowed inside. It created an uproar. Soon people were commenting on Facebook and on local news sites about transgender kids being perverts, misfits, mentally ill, and pedophiles. I knew my son was none of those words. I also knew that those words didn’t describe any of the dozens of transgender people I’d met over the course of working on the book.

I also knew that, if we did nothing, the hate would take over.

So I asked my son if he would be okay with me addressing the school board.

Here’s the thing about school boards. When you address one, you have to use your real name, and you have to give your address, too. For someone from a victimized group, this can be terrifying.

My son looked at me and said, “I want to say something, too.”

Thus was the coming out of our family.

So many people attended the meeting that they had to bring in extra chairs. Person after person offered statements in support of transgender students, but it was my son’s speech that went viral. Soon he was mentioned everywhere from the Washington Post to Howard Stern. Overnight, he and I become professional activists.

That’s when I called the publisher and said, “You might as well use my real name on the book.”

EB: What sorts of issues do you cover in the book?

AB: It includes everything a parent, caregiver, ally or friend of trans youth would want or need to know in order to affirm, protect, raise and champion these children. Some of the chapters include:

• 7 signs a child might be transgender
• The growing body of science that shows that transgender children are not “just going through a phase,” pretending, confused or mentally ill
• An explanation of gender terms such as “gender dysphoria” and LGBTQI and much more.
• How to socially transition over to using new pronouns, names and bathrooms
• How to make schools safer, more welcoming places for gender diverse kids
• An explanation of medical treatments, the pros and cons, and how to gain insurance coverage for them
• How to fight for a child in the courts

I’m most proud of the chapter about myths. I included dozens of studies, helping to show that most of what people think they know about transgender youth actually isn’t true at all.

EB: What was the research process like for the two of you? Was it difficult to translate the research into a format useful to families? 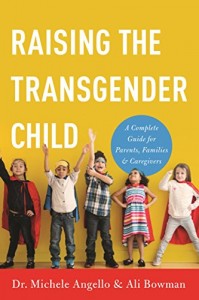 AB: It wasn’t for me. I’ve written about health and science for most of my career, so translating it and simplifying it comes naturally for me at this point. If anything, this book was easier than most of the books I work on because I could imagine myself as the reader.

EB: You discuss some of the many myths and misconceptions that are out there. How do these arise?

AB: Some of the misconceptions fall into the “world is flat” category. People used to think the world was flat because, when they looked out onto the horizon, it appeared that way to them.

But they were wrong, and it took years and years for scientists to find a way to prove to people that their senses were playing tricks on them, causing a round world to appear flat.

But then, when you tell people about these babies in the Dominican Republic who look just like girls at birth, but who go on to develop penises during puberty, it starts to shatter the idea of there only being two genders. When you go on to show them dozens of other examples, it shatters this view even more. People who are willing to look at gender with an open mind are forced to come to the conclusion that gender is diverse – just as sexuality is. Transgender kids are just one aspect of gender diversity. Within the gender diversity spectrum, they are absolutely normal.

Other misconceptions are a bit more sinister, though, and are generally spread by hate groups who are attempting to use transgender people as scapegoats. These are the hate groups that have attempted to convince the world that transgender people are perverts and that allowing them to use the bathroom will somehow make bathrooms less safe and less private.

EB: What was the most challenging aspect of writing Raising the Transgender Child?

AB: Probably the chapter about legal issues, because I hadn’t covered the law before. Thankfully a wonderful lawyer from the National Center for Lesbian Rights generously spent a ton of time with me, helping me to get that chapter just right.

EB: And what was most rewarding about working the book?

AB: Knowing that I might not only be helping these beautiful children and their families, but possibly saving lives. Rarely has a project I’ve worked on posed so many tangible benefits.

EB: You got a chapter on language in the book. Why is that an important aspect of navigating the experience of supporting a transgender child?

AB: It’s my belief that one of the things stopping people from advocating for transgender people is this: they don’t know the language. They hear people like me tossing around words and phrases like “dead naming” and “transphobia” and “misgendering” and “gender queer” and they immediately start to feel over the heads. They are afraid to speak up, because they don’t want to accidentally offend someone by using the wrong terminology. It’s my hope that this chapter helps people to find the words they need to be more effective advocates for everyone in the LGBT community.

EB: What’s the most important piece of information you offer to families?

AB: Can I give you the two most important pieces of information?

AB: First, it’s that there is love in the world. So many parents are so scared of what other people might think or do. I want them to know that, while hate certainly exists in the world, so does a great deal of love. Yes, some families do lose friends, but they also tend to make hundreds of new ones.

Second, is that grief is normal. Just about all parents grieve the loss of the child they thought they were raising. It hurts to say good-bye to your daughter in order to make room for your son, and vice versa, and that pain can linger for a really long time. It can linger even as parents are doing everything right: using the right pronouns, taking the right legal and medical steps, and outwardly supporting their child in every way. Support groups are so important, because these are the places where parents can cry, and other parents can hug them and tell them that they know and understand their pain.

AB: It was a pleasure. Thanks for spreading the word.