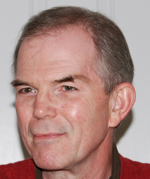 Edwin Battistella is an emeritus professor of English and writing at Southern Oregon University in Ashland, where he served as dean of the School of Arts & Letters and as interim provost.

Battistella is the author of Sorry About That: The Language of Public Apology, which the Wall Street Journal called “Readable and incisive,” and of Dangerous Crooked Scoundrels: Insulting the President, from Washington to Trump.

Battistella is also the author of two books on the theory of markedness. Markedness: The Evaluative Superstructure of Language, a study of the Prague School principle of structural asymmetry as developed by Nikolai Trubetzkoy and Roman Jakobson, and The Logic of Markedness, which develops the connections between Jakobson’s ideas and those of Noam Chomsky and Morris Halle.

He is the author of two books on 19th and 20th century language attitudes. Bad Language: Are Some Words Better Than Others? published in 2005, develops the case for a linguistically informed view of usage rather than one based on oversimplifications and folklore. Do You Make These Mistakes in English? The Story of Sherwin Cody’s Famous Language School, published in 2009, combines a biography of correspondence school entrepreneur Sherwin Cody with an exploration of language and cultural attitudes that made self-improvement and correspondence learning educational forces in the first half of the twentieth century.

You can also find is work at the Oxford University Press blog series Between the Lines with Battistella.