An Interview with L L Templar, author of Rafer Thorne 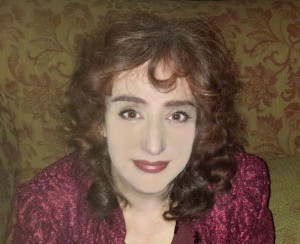 L L Templar is the author of fantasy novels. She is a manga artist, a teacher and a master’s degree student, who lives in the northern California.

EB: Tell us about your collaboration on Rafer Thorne.

LT: There were a lot of us that merged our skills together to create Rafer. Eight of us were on the main team, but there many other students, parents and professionals that were involved. Our goal was to create the ultimate YA fantasy novel. So Young adults needed to be part of its creation. It also meant that it needed great illustrations and lots of them.

I was the main writer and artist, but the crafting of the story and additional art all came out of various imaginations, including high school kids. It was amazing how the illustrations and story grew with the different perspectives and talents.

Eliah, my co-author, was a graphic illustrator in the corporate world and added professional polish to the art, and she also used her zany imagination to write back stories, poetry and sequences to the manuscript. Some sections of the story we wrote together, sitting at the computer side by side. My husband, Gary, also an art student at SOU, illustrated creepy things like Blahtchuuk the Netherworld Imp, and imaginary animals like the enchanted mice, Eek and Tisk. Seventeen-year-old Victoria did the cover illustration and Fifteen-year-old Emily created a Manga, graphic novel sequence showing Kiyah the Elf’s battle with Gluuk the Goblin. 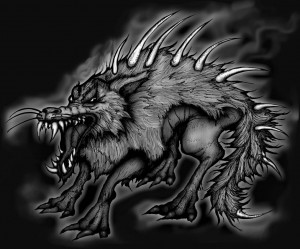 With all of us imagining the story and art together there was no limit to the depth of our story world. For example, we had long discussions on goblin insults. We wanted gross and morbid and brainstormed ideas together. The one I especially liked was, “Moldy pile of ogre vomit!” We created flying ships based on real engineering principles, and we dug into ancient Celtic mythology and dredged up Nahg the shapeshifter. Together we created imaginary beings, gnomes, goblins wizards, dryads and naiads, but also a very real world of teens struggling to survive as foster kids in a big city.

EB: How did the project get started?

LT: I began writing the story when I was a teenager, because I loved the fantasy genre. Years later when I was a language arts teacher for the Beaverton school district, my students motivated me to keep working on it. As part of a creative writing project, I asked my students, who were 13 and 14, what their ideal novel would be like. This is what they told me:

1. They liked Goblins, Elves. Dragons, wizards and magic. 2. But they also liked to have someone in the story that was a teenager that they could relate to, somebody like themselves so that they could imagine themselves in the story. 3. They liked an epic adventure— super heroes saving the world from dire evil. 4. They also liked pictures, lots of pictures. They especially loved Manga. (Manga is a style of illustration originating from Japan)

I could not find any one book like what they described, so I thought, “I can do this.”

LT: What I found in talking to my students is that currently there is the same nostalgic fascination with the 1960s and 70s as there was in my generation with the 50s, which created the popularity of “Back to the Future” and “Happy Days.” The “Hippy era” is rich with culture – the flower children, the mingling of ethnic groups, the birth of rock ‘n roll, and the revival of a belief in magic. It was also a world in which teens were beginning to face the same issues that they are facing today; gangs, drugs, dysfunctional families and abandonment. It was the perfect setting for a magical adventure, but it was also where I grew up. I have been told by great writers, “write what you know.”

EB: What was the most challenging aspect of the project? And the most rewarding?

LT: The most challenging aspect was integrating the talents of various individuals, including teens. Being able to work together in a cohesive group and merge our abilities, while keeping conflict to a minimum was not easy.
However, the most rewarding aspect was the exact same thing. We did it! We accomplished something greater than any one of us could individually. Cooperative learning worked! A collaborative project model worked! The feeling of accomplishment for all of us when the first printed copy of the book arrived from the publisher was so exciting it’s hard to describe. I’ll never forget the reaction of 15-year-old Emily when she saw her art in print in a real book. She danced around the living room saying, “I’m a real artist!”

EB: What’s next in the series?

LT: Next is the second book in the series, Rafer Thorne II, The Staggering World, in which a group of teenage Halflings (half Fey and half human) including our hero Rafer travel through a porthole into the fairy world of Kynmahnduu. In this otherworld they continual the battle against the forces of the Void and their nemesis Sharh the Dragon Queen, who is seeking to invade Earth with her army of Goblins, Dragons and netherworld beings. We are also working on a series of extended edition e-books that are fully illustrated, in color, with interactive maps and animations.

EB: Tell us about some of your influences as a writer.

LT: My greatest influence was my dad, Tom Albright. He was a best-selling author and art critic for the San Francisco Chronicle. Because of him I was immersed in both creative writing and art from my earliest memories. I also spent a lot of time in the studio of his best friend, Bill Snyder a professor of art at UC Berkeley and a Disney artist. Consequently, I fell in love with the art of Disney. I started college in graphic design when I was just 14. Which meant I was only 17 when I got my first job as a graphic illustrator. I also published my first creative writing piece at that time. A gothic horror serial called The Chains of Evil.

Then I switched gears and went back to school to become a teacher. Here I would have to say that my greatest influences were my students. But it’s when I teamed up with Eliah Brave, a mom to three of my best and brightest students that I really begin to fly. She was a graphic illustrator and a book producer. We merged our talents to create a cooperative project that also included the talents of her teenaged kids, and Rafer Thorne was born. Since then other teens and students from the University have joined the team, like Zach Pearson who is an animator at SOU, and my husband Gary.

EB: Rafer is a 15-year-old boy. How did you go about capturing that voice? 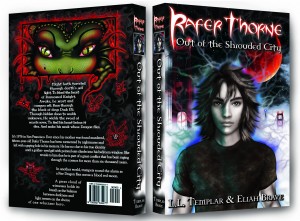 LT: I began writing the book when I was a teen and although Rafer is the main character, the story is actually told by Grace, who was me when I was seventeen. I was very close to my brother Greg growing up and there is a lot of Greg in Rafer. That’s the main story line, however we also have a student author, Steven Trujillo, a Hispanic young adult, who is writing Rafer’s Journal. Excerpts from the Journal are scattered throughout the novel in Rafer’s voice. Steven approached me one day with a Rafer’s Journal page that he had written and said, “I am Rafer.” When I read what he had written and it so brilliantly fit the character, I said, “Wow, you really are!”

EB: What’s been the response to the book so far?

LT: Great. We have five stars on Amazon, we have book signings in local bookstores coming up, we’ve been on local TV, and we’ll be on a creative arts radio show in San Francisco. A major book store chain has also expressed an interest, which I’m working on right now. Getting seen by more people and in the bookstores is the next step in the process.

LT: Thanks for having me on your blog.

You can see more of Rafer Thorne the authors’ blog here or website templarbrave.com on the Rafer Thorne Facebook page on Twitter (@LLTemplar1) and Instagram (Rafer Thorne). Bookstore can order copies wholesale by emailing leenah144@outlook.com.