Literary Ashland on the radio 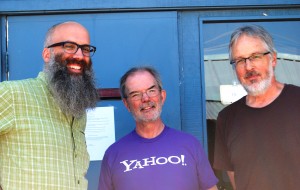 Last week Literary Ashland teamed up with KSKQ community radio in Ashland to broadcast the Literary Ashland radio show. A monthly round up of literary events in the Rogue Valley together with an interview. Our first guest was Robert Arellano, a 2014 Literary Arts Fellow and author of Curse the Names and several other books.

Listen to the first show here and find out about Arellano’s “Dinner at Omar’s” and more: 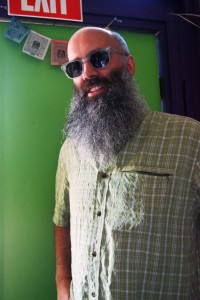 Some of the upcoming events are:

•Barking Moon Farm in the Applegate is hosting a benefit reading with a lineup of 14 writers on August 16th reading short selections from their work. All proceeds will go to Rogue Advocates, a local organization dedicated to preserving open space and productive farmland.

And congratulations to our friends in the mainstream media. The Medford Mail Tribune finished first in General Excellence and won 29 other awards in the Oregon Newspaper Publishers Association’s 2014 contest. The Mail Tribune‘s sister publication, the Ashland Daily Tidings, claimed eight awards in the daily division of 10,000 circulation or less. 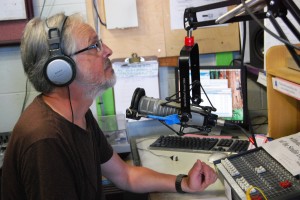 At the control board 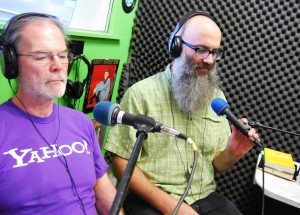 Edwin Battistella’s latest book Dangerous Crooked Scoundrels was released by Oxford University Press in March of 2020.
View all posts by Ed Battistella →
This entry was posted in Ideas and Opinions, Literary Events in Southern Oregon. Bookmark the permalink.