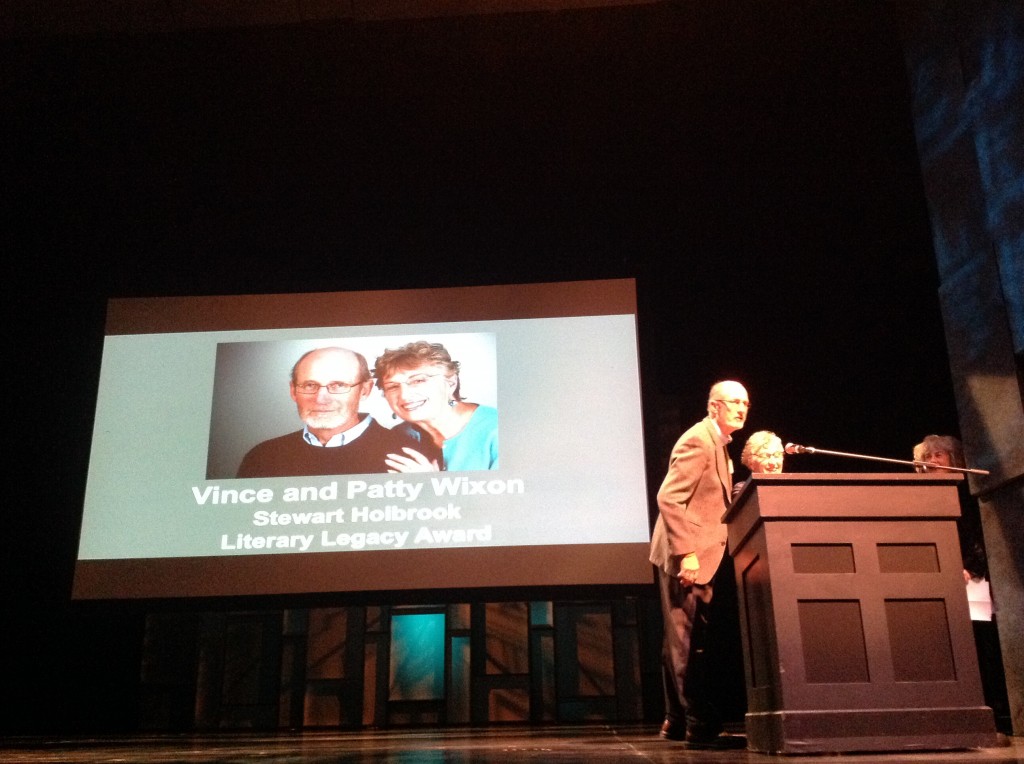 Seeing Ashlanders Vince and Patty Wixon surrounded by their six children and a gaggle of grandkids to accept the Stewart H. Holbrook Literary Legacy Award in Portland.

Jelly Helm sitting next to me at the Armory saying, “There’s a lot to be proud of, being part of this community.”

Presenting the Readers’ Choice Award, Jeff Baker of the Oregonian saying, “This settles the question of whether people who log on to OregonLive can read. They just can’t spell.”

Taking 5 minutes out to watch SOU Media Movement’s new Out of Control music video for the Oregon Opportunity Movement and saying to myself, “Whoa, our students can write (and rap, and film, and edit… #sparkthechange #OROM2014)!”

Ursula K. Le Guin accepting the Ken Kesey Award for Fiction: “I came to Oregon by luck, which has lasted 55 years.”

Now that a couple of southern Oregonians have won the Literary Legacy Award, the Wixons say we no longer need to secede.

Among other things, Robert Arellano is a recipient of a 2014 Literary Arts Fellowship.

Edwin Battistella’s latest book Dangerous Crooked Scoundrels will be released by Oxford University Press in March of 2020.
View all posts by Ed Battistella →
This entry was posted in Ideas and Opinions, Literary Events in Southern Oregon. Bookmark the permalink.