An Interview with Molly Best Tinsley 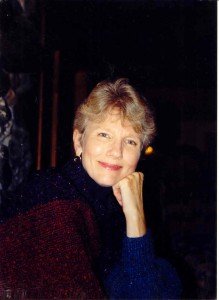 Molly Best Tinsley has written a novels, short fiction, plays, a memoir, a textbook and thrillers She is the author of My Life with Darwin (Houghton Mifflin) and Throwing Knives (Ohio State University Press), as well as The Creative Process (St. Martin’s) and Entering the Blue Stone Fuze Publishing, May 2012), Her work has earned two fellowships from the National Endowment for the Arts, the Sandstone Prize, and the Oregon Book Award.

EB: Tell our readers a little bit about the plot and setting of Broken Angels?

MT: Broken Angels splits its time between the centers of power in and around Washington, DC, and locations in Ukraine. Case Officer Victoria Pierce has been assigned to Odessa under deep cover, so she’s operating without a net, tracking the disappearance of highly enriched uranium from the country’s stockpiles. When she stumbles on a ring of sex-traffickers, she has a tough choice–getting involved in rescuing girls will draw her off-task. Or will it? Another plot thread unspooling stateside may be tangled in the Ukrainian web, and perhaps it is only in battling all evil that you get to its heart.

EB: You’ve written textbooks, literary fiction, journalism, criticism, award-winning plays, short stories, and now thrillers. Does each genre require a different approach? Are their some things you learn to turn on and off? How do the genres come together for you? Or is it all just writing to you?

MT: I do love to write–I start to go bonkers if too many days pass without writing–and I do like new challenges. When I was working on short fiction, I began to sense that I was shaping the same story over and over again–the same epiphany. I expanded to writing a literary novel, but when it saw only modest success, and my agent couldn’t interest a publisher in my second attempt, I couldn’t muster the inspiration to try again. I wrote my first play on a whim. Then it was produced in a summer festival of one-acts in DC, and I assumed it was easier to reach an audience through playwriting than through writing fiction. It sounds like I keep seeking the path of least resistance. Yet I’ve always been a theatre nut, and writing plays has led to amazing journeys, even if the terrain of theatre, now that I see it from the inside, has turned out to be as difficult and problematic as that of mainstream publishing. From playwriting, I finally began to understand the dynamics and value of plot. And I’d always wanted to write a “big” novel with an intricate plot and plenty of action, but also a deeper theme. Since moving away from Washington, DC, I follow geopolitics much more closely, and the spy thriller genre, flavored with conspiracy theory, has seemed perfectly suited to the world I’ve begun to discover. The two Victoria Pierce novels are the result.

EB: In the earlier book Satan’s Chamber your protagonist Victoria Pierce was a junior CIA operative and still a bit of a novice. How has she grown in this book? 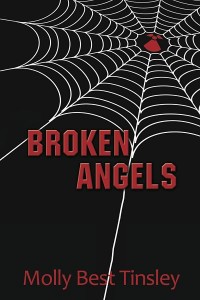 MT: I hope she’s grown. She’s also rebounding from a failed romance, and carrying some trauma from the events in Sudan. She still tends to leap into things without an exit plan, relying on her ability to improvise. I think she’s less fallible and more skeptical now, but she’s still not the female Jason Bourne. Never will be.

EB: How do you go about researching the CIA in your books? Do you know some spies?

MT: I’ve read lots of books about the Agency and its history. One that should be a must-read for every U.S. citizen is Legacy of Ashes, by Tim Weiner. Most books by former operatives are by men, and they are totally gung-ho CIA, spouting patriotic slogans when they aren’t narcissistically chest-thumping. I did come across a fascinating account by a young woman of her five or six years as a Case Officer. Can’t remember the title. She focused more on the contradictions she had to juggle–stationed in eastern Europe, she was discouraged from cultivating one asset because he had a criminal record–and her sense that the whole enterprise was one big game.

I did live next door to an undercover CIA type for several years in the “new town” of Reston, Virginia. He “worked for the State Department.” One day in 1970, a phalanx of men in overcoats came marching down our street. One was the visiting president of Roumania, known for his murderous, repressive regime in the Stalinist mold. (He was taken down by a revolution in 1989, tried, and shot by a firing squad.) The spy’s wife came running out to greet them wearing an apron and carrying a cookie sheet of chocolate chip cookies. It had all been staged–sounds like a worse than silly game to me.

MT: The title was almost Hotel Limbo, the name of a club in Odessa–so I seem to be getting stuck on religious motifs. Religious fanaticism is exposed in Broken Angels, so in a way the title is ironic. In the simplest sense, the young women trafficked for sex are broken angels.

EB: Who would you like to see play Tory in a movie version?

MT: Someone small and athletic. Reese Witherspoon is a bit old, but an actress of her type.

EB: What’s next for Victoria Pierce?

MT: South Africa. She will probably have resigned from the CIA, and her story will be more of a mystery than a spy thriller.

EB: You handle the editorial duties for Fuze Pubilshing. Did you edit yourself?

MT: I had four readers who gave me notes at different stages of the process, but I was the overall editor. I don’t recommend the arrangement, but Fuze barely gets by on our shoestring, and I couldn’t afford to hire someone with my experience!