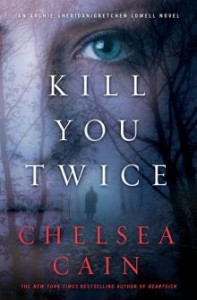 After my vacation, I settled down to 900 pages of stay-up-late pure evil with James Lee Burke’s Creole Belle and Chelsea Cain’s Kill You Twice. Thrills and suspense right up until the end.

I’ve said it before: nobody quite writes evil like James Lee Burke. But Chelsea Cain is right up there. The one-two punch and the two Gretchens (Cain’s Gretchen Lowell and Burke’s Gretchen Horowitz, whose backstories in some ways parallel)—got me thinking about how differently Burke and Cain treat evil.

For Chelsea Cain, it’s psychological. Her bad actors are psychopaths addicted to grisly murder, and their evil takes over the emotional lives of the ordinary people she comes in contact with—the cops, journalists, and bystanders. For Burke, evil is sociopathy, both individual and collective. It’s driven by greed and moral weakness and preys on envy. The psychopaths in Burke’s novels find the social evil but don’t create it. The psychopathy is secondary, though there are flamethrowers, iron maidens, and more killing than in Cain’s novel. 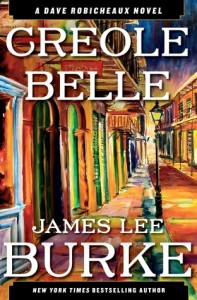 What’s the response to evil? Both Dave Robicheaux and Archie Sheridan are moralists—they want to bring people to justice not just put them down, and they are continually having to decide how far they are willing to go. They are damaged characters. Evil has scarred both of them and how they respond driven the two series forward.

It seems to me Robicheaux to mind his own business but confront evil when it comes to them. He’s unable to walk away but also ultimately unable to change society Archie Sheridan tries to distances himself from his ex-lover/ex-torturer but circumstances conspire to bring them back together. Archie is Icarus to Robicheaux’s Sisyphus. One can’t stay away from evil; the other is constantly finding it because it’s everywhere.