An Interview with P D Viner, author of THE CALL 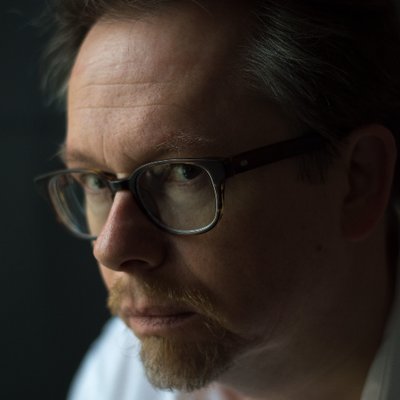 P. D. Viner was born in South London and developed an early interest in the theatre and film. He earned an MA from the Gerasimov Institute of Cinematography in Moscow, the world’s oldest film school, and later lived in New York and in New Zealand. He now lives in Brighton.

Viner is an award-winning film-maker, audio book producer and novelist. He is the author of The Last Winter of Dani Lancing (Crown, 2013) and Summer of Ghosts (Ebury Press, 2014) as well as several novellas and short stories. His most recent novel, THE CALL was released by Hera Books in 2022.

Ed Battistella: I enjoyed reading THE CALL, which start of when Ben gets a late night call from this wife who tells him she’s killed a man. Then all manner of hell breaks loose. Where did you get the idea for the story?

P. D. Viner: There is no eureka moment – but I write in visuals and key scenes. The first moment I thought about was… but that’s a spoiler. There is an absolute Jesus-H-Christ-that-is-crazy-intense moment on page 101, the final moment of chapter six, and that was my opening image. How do you cope with that? From there I went forwards with characters and set myself a whole series of rules (see below) to guide my writing. That explosive image set me on a rollercoaster of twists and turns and the result is The Call.

EB: The cliff-hanger pace made it hard to put down. As a writer, how did you manage that, technique-wise?

PDV: First thing I did was set myself rules – there is nothing better than a rule to force you into creative solutions. The first rule was that this book would run in real time (think the show 24) and it would last from midnight until 8 am. Second rule – the action would run forwards, I would not use flashback (I cheat a little twice to remember a pivotal moment in their relationship but it is not plot affecting) so there is no action that is created from a past event – everything occurs in the here-and-now and we feel it with the characters. Rule three – this is a two-hander with no sub plot and limited input from a very small supporting cast. Rule four – the couple share the narrative and the narration moves between them seamlessly.

Apart from these rules, after writing 5 novels (three of them unpublished) and the two Sad Man novellas, I feel like I have a good grip on creating pace and flow. The great Denise Mina told me that the only responsibility a crime writer (and I think all writers) have is to make it difficult for the reader to stop and put the book down. So I structured the novel in half-hour segments and at the end of each half hour there is a twist or reveal or an oh-my-god-i-didn’t-see-that-coming moment that catapults you into the next half hour.

EB: Ben and Mia were interesting characters. I was rooting for them, but I couldn’t decide if I liked them. Is that the sort of reaction you had in mind? Did you like one more than the other?

PDV: Yes. There is no reason you should like a character in a novel. What I hope is that over the course of the book you can come to empathise with the character and understand why they do what they do, even if their choices would not be your own. In this novel the characters are ordinary people thrown into extraordinary circumstances and they have to find a way to get out, to survive what’s happened to them, but also work through the flaws in their own characters that have landed them in this mess. I think at the start that Ben is far easier to relate to and ‘like’ but for me Mia is the one I root for because she fights tooth and nail for her freedom. I like strong women, my mum worked three jobs and she would have lifted a bus off me if I needed it. Mia is far harder to like at the start but at the end…

EB: The redemptive ending—which I won’t spoil—was a nice surprise. Did you have that in mind all along? PDV: I am really happy you have said this, as I love the ending. I read a hell-of-a-lot of crime and often it leaves me feeling empty because so much effort is put into setting up an amazing, intriguing premise but it all deflates in the final stage. I wanted the ending to be unpredictable and give full closure to the night. I also wanted to move from the self-destruction and self-sabotage of the rest of the book and have external forces come to bear to show how the couple have grown over the night.

EB: What’s been the reaction to the book from people you know? Are they afraid of you? Just kidding.

PDV: I am a lovely, kind and thoughtful man. A loving husband and father. But I have a dark imagination in that I can and will ask – what is the very worst thing that could happen and how would I or a character respond to that. I don’t think I write gruesomely… at least I don’t revel in gore… but I am fully aware that in war sometimes you have to cover yourself in blood and lie down in a field of corpses to survive. That is courage and bravery to me, and that is what I write about in a modern world context. Bravery and love – what will we do to save or defend those we care about?

I have been caught off guard a few times when people have said ‘you are so dark’ or ‘how can you think such things’ and I generally respond with – ‘Why don’t you?’

EB: Can you tell us about some of your other projects? What is your writing life like?

PDV: I am now with Hera/Canelo and am very happy with my fantastic editor Keshini Naidoo, and the reality of this new deal is that I am looking at two books a year. So I have a new novel coming out in October, The Choice. It is again time sensitive – though takes place over one week rather than one night, and is a road crime novel. It opens in my hometown of Brighton and ends on the Isle of Skye. It opens with Sarah stabbing her boyfriend through the heart mere minutes after making love with him… why? She swears she had no Choice, but how is that possible? To prove her innocence and get her life back,  she has to run – back to the beginning of all this. Back 15 years to when this hunt first began, because she has been in hiding for all that time and now they’ve found her.

I love this book again because we are pitched into a horrendous act and then have to run with the character and learn about her as we go along and as she meets friends and enemies along the way. I love road movies and chases are so exciting. I am really looking forward to having people read this and seeing how they react to Sarah and her plight. Again, she is hard to like in many ways but she is quite incredible as a woman.

My next novel (I am 60,000 words into the first draft) is (at the moment) titled The School Gates and deals with murder on the school run. It has a dark comedy running through it, but is a story of a best friend fighting to save the woman who saved her as a child. The book opens with two parents (not a couple, but having an affair) who meet up in the middle of the night for sex – on a Year 4 class camping trip – just yards away from the tents of all their friends and their spouses. In the middle of their tryst they find a dead body in the firepit and… it hits the fan. I am loving writing this book as I spent years in the PTA and on these bloody camping trips dreaming of killing the other parents – now I get my wish.

In terms of writing, I organize at least two Shut-Up-and-write days a week. I open up my house to other writers (a core group of about 10) and each day some of them join me to write. We start at 10am and end at 5pm and write for about 5 hours, with breaks and lunch in between. I get 4-6,000 words a day from that. The other days I dream about what I will write, so when I get in front of the laptop – I absolutely know where I’m going and can get quality writing done.

My dreaming consists of me creating the story-world in my head and running scenarios, like the Star Trek holodeck or Sherlock’s mind palace. My characters talk, move, kill etc. and I run through the scenes making changes and saying what if… what it… its like improvisation with actors. I keep going forward until I decide the architecture of the scene. I might make notes, or dictate lines I like so I have them when I write, but I don’t enforce the structure of writing on myself until I know what I am writing.

The last thing I would like to say is that if you go to Amazon then you can download the two novellas, The Sad Man and The Ugly Man for free. Because of my audiobook past I directed The Call as a two-hander with both actors (a married couple) in full-on arguing mode. Some people complain that it isn’t an audiobook – not just someone reading to you – but I think it gives you what is in my head far better than some person reading five books that month and this just being the latest they were sent by the audiobook company. I believe in the craft of writing, of a balance between plot and character and entertainment. My books should be the best ride at the funfair.

EB: Thanks for talking with us. Best of luck with THE CALL.

PDV: For news about me I have a website at pdviner.com, I’m on Twitter @philviner and on Facebook https://www.facebook.com/PDViner  I love talking to book groups and am available for events, weddings, and chats about books. Thanks.