The Disappearing Act-cent, a guest post by Weather Lenczewski 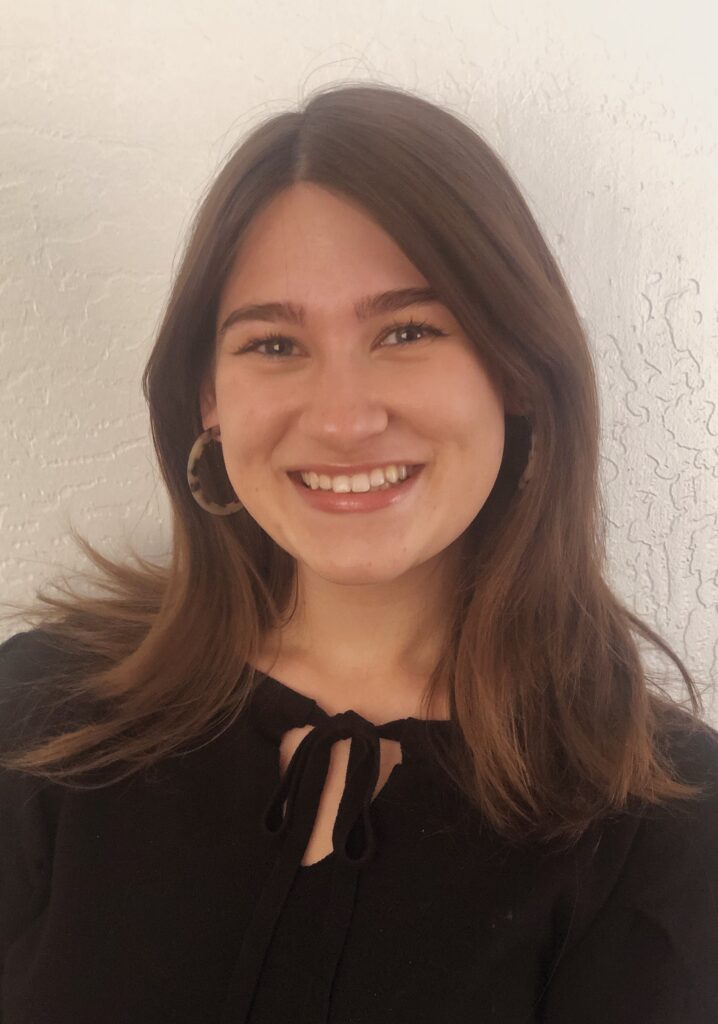 Weather Lenczewski  is a junior in the Honors College at SOU. She is a Sociology and Anthropology major with a History minor. She hails from Woodstock, Illinois, but currently resides in the Rogue Valley.

In 2020, I packed almost everything I owned into three suitcases and moved all the way across the country for college. I’m sure going off to college is weird and scary for everyone, but it was especially scary for me. I lived in my hometown for 15 years; in the same house for 15 years. Almost all of my conscious memories occurred in the 15 years that I lived in that house. I moved almost 2,000 miles away from my home, my friends, my family, and my cat. I missed everything about my home. The people, my house, the Dunkin Donuts… I didn’t originally want to leave the state. My parents wanted to move to California. It’s too hot for me in California. I needed seasons, at least two or three, instead of the perpetual summer of Southern California. I had never been to Oregon. It had pretty trees and temperatures below 80, so it seemed like a fine choice. I was going to be living alone and attending college all in a new state. Quite scary, indeed.

I wish I could say that I am from Chicago and not be lying. I can barely say that I’m from the Chicagoland area. Sure, I love Portillo’s, watch the bears, and take the L, but I’m not really a Chicagoan. I say pop and gym shoes, but I don’t sound like a Chicagoan. My mom does. She says “Can I get you a baaax?” or “We’re having haht dahgs for dinner.” When I tell people in Oregon that I’m from Chicago they say: “Wow, I never would’ve guessed! You don’t have an accent at all!” Which, hurts a little inside. I wonder why my mom, who sounds like she’s from Chicago, has an accent, but I don’t. I was raised by her, shouldn’t I sound like her?

Apparently, this isn’t just my experience. The Chicago accent seems to be disappearing. Gone are the classic blue-collar Chicagoans taking their dahg on a wak and instead people who have lived in Chicago their whole lives are starting to sound more and more like…me. The “Chicago Accent” is turning into more of a “Chicago Dialect” it seems. That’s what inspired me to look into the disappearance of the Chicago accent. The generational shift in accents, from my great-grandma to my grandma, to my mom, to me. We all sound different and I wondered why.

What differentiates the Chicago accent from the New York or Boston accent? Many people believe they all sound similar, but are they all actually the same? The New Chicago Accent is actually the result of an interesting phonological happening. The Chicago accent has its roots in the Inland North Dialect, also referred to as the Great Lakes dialect. While the dialect was originally referred to as “Standard Midwestern,” it became Inland North when the region experienced the Northern Cities Vowel Shift, which is what switched the Classic Chicago accent to the New Chicago accent.

The Northern Cities Vowel Shift features a specific chain shift that occurs in 6 stages (Inland Northern American English). The first stage is the raising and tensing of the “short a” so that cat sounds more like “cay-at (Northern Cities Vowel Shift).” The second stage is the shift in the “short o” or “broad a,” like in the words hot or father. This vowel changes to sound more of an “ah” sound, like the Boston accent’s “cahr” or “pahrk.” This vowel change I notice in my own accent. Instead of calling my mom, I call my “mahm.” I don’t notice the “short a” change as much as the “short a/broad o” change, though it’s likely more potent in downtown Chicago. I associate the “short a” change with Boston more than Chicago, but that might just be my experience.

The next stage backs and lowers the “short e” sound (Northern Cities Vowel Shift). The “short e” like the e in bet or egg, turns into more of an “ae” sound, turning words like egg into “aegg.” I catch myself doing this one a lot, which is funny because I used to pick on my mom when she said she was going to make me an “aegg sandwich.” I can’t tell if I was repressing my pronunciation of egg, so my accent has changed over time. The next shift is the “short u” sound. The vowel shift changes the u in bus, so that instead of being pronounced like bus, it’s pronounced like “boss (Northern Cities Vowel Shift).” The next shift is with the “short i” vowel, which can be heard in the word bit or knit (Northern Cities Vowel Shift). This “short i” shifts to sound like a “short e,” like in ten. This is sometimes referred to as a “pin-pen merger.” I don’t hear either of these two in my accent. I have heard some of my family members have the “short i” shift in their accents, but the “short u” shift is less familiar to me.

The last stage doesn’t occur in the Inland North Dialect, but it does happen in the neighboring “Upper Midwest’ dialect (Northern Cities Vowel Shift). The shift in the “aw” vowel, like in the word stalk, shifted to sound more like the vowel in the work stock. This vowel shift, often called the cot-caught merger is common among Canadian and Upper Midwest dialects. I’ve heard this vowel shift a lot in the accents of people from Wisconsin and Minnesota. Every summer we’d go up to Minnesota for a camping trip and a lot of the locals will say they “cot a fish and are going to sleep on their cot.” I can recognize that my family and most people that I know do not pronounce cot and caught the same way.

The vowel shift still seems prominent in the Chicago accent. Based on my personal experience, people around my age still have shifted vowels. It’s more obvious in my mom’s accent than in my friends’ accents, but I can’t say that that is due to a generational divide or just where in the Chicagoland area each of them grew up. Depending on the location, someone’s accent might not feature all six stages of the vowel shift. Some accents, like mine, only have a few, while other accents may feature all of them. This makes it hard to pinpoint what exactly qualifies as a disappearing Chicago accent and what is just a naturally occurring difference in accent. It also makes it hard to pinpoint exactly where the Chicago accent changes from the classic “Da Bears” Chicago accent to the more modern “Haht Dahg and Pahp” Chicago accent, or if the two are different at all.

Is the Chicago accent disappearing? Well, yes and no.

The “Classic” Chicago accent is definitely disappearing, but it seems to have been trickling down the generational line as it goes. The Chicagoland Language Project looked at the change in the prominence of the “Classic” Chicago accent in older generations versus younger generations (McClelland, 2021b). Annette D’Onforio, a linguist at Northwestern University, and Sharese King, a linguist at the University of Chicago, found that the Northern Cities Vowel Shift has become less prominent among younger generations (McClelland, 2021b). The older generations and working-class citizens retained the accent. Their theory is that the younger generation views the Chicago accent as a piece of Chicago’s history of “white-flight” neighborhoods and retaining that accent would be playing into that history. While I doubt that that’s the only reason for the accent’s disappearance, I do think that it’s interesting to consider, especially since Chicago is now one of the most diverse cities in America. The younger generations increased contact with people of different races, ethnicities, and accents would probably affect their accents, so I think this D’Onforio and King do make a solid point here. I do think it’s important to look at the disappearance of the accent among older generations too, though, and to do that we have to look at the history of the Chicago accent.

The “Classic” Chicago accent’s history begins with immigrants from the East Coast coming to Chicago and settling near the Great Lakes, hence the Great Lakes dialect (McClelland, 2021a). The dialect brought by these East coasters is what turned into the Northern Cities vowel shift (McClelland, 2021a). Irish immigrants also had a large influence on the Chicago accent. A large population of Chicago was Irish and a lot of their accent and dialect can still be heard today. For example, our plural of you, “youse”, comes from Irish immigrants (McClelland, 2021a). The “original” Chicago accent has close ties with the Irish and with the working class. The Chicago accent is that of the blue-collar, working-class of Chicago. It’s theorized that one reason the Chicago accent may be disappearing is the influx of white-collar, high-rise workers. When the children of blue-collar workers went off to college, they lost their “dem, dere, does,” pronunciation and adopted “educated,” business speech. The gentrification of Chicago and its new label of “Second City” has made it a hot spot for finance and business, which shifted the population, and accent, from a mostly blue-collar to a mostly white-collar one.

Another theory is that the people of Chicago have become aware of their accents and are proactively changing the way that they speak. After the famous SNL skit “Bill Swerski’s Superfans,” it’s possible that Chicagoans became embarrassed of their accent after it was publicly mocked on television (McClelland, 2021a). This would be unfortunate. While the Chicago accent has never been considered the sexiest accent, I would hate to see it go away.

America is built on diversity. We’re diverse in race, culture, food, and accents. It’s cool that just by hearing someone speak you can tell if they’re from New Jersey or Beverly Hills. I especially think the Chicago accent is cool. It has a deep history in Irish and Polish steel workers and represents the working class of Chicago that made the city what it is today. Every field trip, birthday, or day out I’ve had in Chicago feels exciting, and being a part of the culture of Chicago is something that means a lot to me. My great-grandparents moved here from Greece and Poland to start a new life. They adopted the working-class accent, working in restaurants and factories, and passed it down to my grandparents, who gave it to my parents. My parents moved us to the suburbs, but even on the outskirts of Chicago, you feel like a Chicagoan. I’m not from Chicago, I’m from Wonder Lake, Illinois, but I’m a Chicagoan. I don’t sound like a true Chicagoan, but I do sound like a new Chicagoan. Even though I don’t bet on da bears, I do call my mahm and call Chi-CAH-go home.

McClelland, E. (2021a, August 18). The disappearing Chicago accent is layered with local history. Chicago Reader. Retrieved May 11, 2022, from https://chicagoreader.com/best-of-chicago/the-disappearing-chicago-accent-is-layered-with-local-history/

McClelland, E. (2021b, May 27). Why the classic Chicago accent is disappearing. Chicago Magazine. Retrieved May 11, 2022, from https://www.chicagomag.com/city-life/why-the-classic-chicago-accent-is-disappearing/