An Interview with John R. Rickford 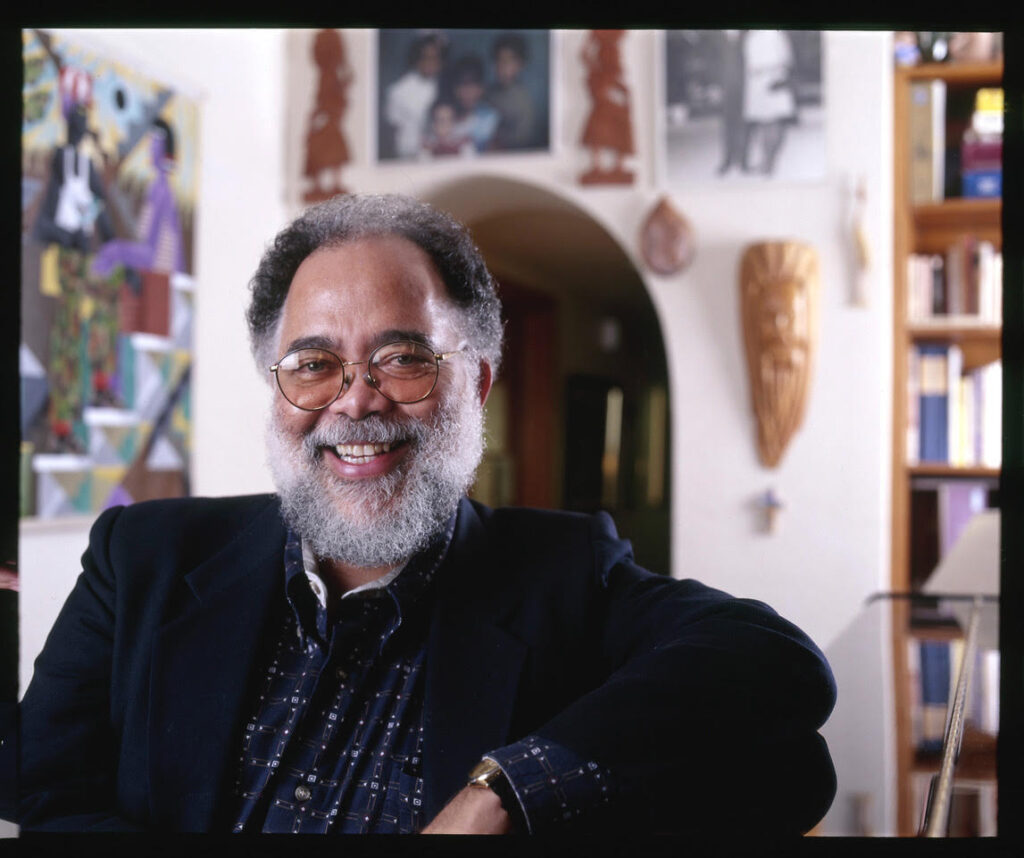 John R. Rickford is a Past President of the Linguistic Society of America. In 2017 he was elected to membership in the American Academy of Arts and Sciences, and in 2021, he was inducted into the National Academy of Sciences.

He is the author or editor of many books, including Spoken Soul: The Story of Black English (co-authored, with Russell John Rickford and winner of an American Book Award). In 2022, Routledge published his memoir titled Speaking My Soul: Race, Life and Language,  available from Routledge and from Amazon.

Ed Battistella: Congratulations on writing Speaking My Soul: Race, Life and Language. It’s a terrific memoir of your life and career from British Guyana to the United States of the 1960s. When did you decide that it was time to document your journey in a memoir?

John R. Rickford: As I note in the Prologue, “the Gift of Stroke,” I decided to write my memoir ten days after retiring on August 31, 1999, when I suffered a stroke, which made me painfully aware of my mortality. While still in the San Jose Rehabilitation Center, I began going to Rachael Herron’s Stanford Continuing Studies course on memoir writing. At first my goal was just to write something for my family and friends, but then the project grew bigger, especially after Routledge expressed interest. Frankly, I never thought I would live to see the memoir published! But luckily, and thanks to some of the best medical care in the world, I did!

EB: You were the first person ever to get an undergraduate degree in Sociolinguistics, in 1971, and you mention falling in love with black talk and linguistics as an undergraduate. How did that love affair come about?

JRR: Well I started my undergrad studies as a Literature major, but largely as a result of the influence of my UCSC Anthropology professor and mentor, Roger Keesing, I decided to switch to an individually designed major in Sociolinguistics. UC Santa Cruz was a very innovative campus, and Sociolinguistics was a brand new field at the time (late 1960s), with apparently unlimited scope for new theoretical and applied research. An article by British linguist R. B. LePage also influenced me, as did courses by professors Charles Ferguson, Joshua Fishman and Richard Tucker among others, at Stanford in the summer of 1970.

My love of black talk also began as an undergraduate, especially through the influence of my other major UCSC mentor, African American Sociology professor J. Herman Blake. It was through his Extra-Mural program that I spent a quarter living and working among the Gullah speakers on Daufuskie Island. The similarities between their Gullah variety of Black Talk and my native Guyanese Creole were amazing. I discuss the powerful Gullah praying of Deacon Plummy Simmons in chap. 11 of my memoir “How I fell in love with Linguistics and Black Talk” and note how it was bolstered by working with Bill Labov at the University of Pennsylvania, when I went there as a graduate student.

EB: Your memoir provides insights into race in Guyana and the United States and the ways that your perceptions changed when you came to US in 1968. Could you share some of that experience with our readers? 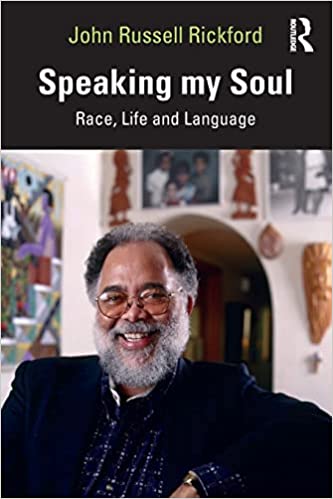 JRR: The switch from Literature to Linguistics was, as I note, one of two major transformations that accompanied my coming to the US. The other was identifying as Black in keeping with the “one drop” tradition of the US (see Yada Blay’s revealing 2021 One Drop book), rather than the more variegated system of racial classification in Guyana according to which I was mixed-race, colored, or mulatto. While my DNA revealed that my ancestry was 48% to 50% European (similar to that of Harvard professor Henry Louis Gates, of “Finding Your Roots” fame), it also revealed that my ancestry is 34% African, 13% East Indian, and 3% Amerindian. From the time I arrived at Santa Cruz, Black students began calling me “brother” and I have embraced my Black identity and my status as a “person of color” ever since.

EB: You mention several historic moments in African American history and your involvement and reactions, like leading the UC-Santa Cruz Black Students Association, hosting Rosa Parks at Stanford and South African poet Dennis Brutus at Stanford, and the work that you and Sharese King did on behalf of Rachel Jeantel. Do you think that academics have a special role and responsibility to promote justice and equality?

JRR: Yes, particularly when the issues involve language, as they so often do when it comes to increasing educational opportunity or overcoming criminal injustice, especially for Black people in the US. In the words of Cornel West, which I cite in the Epilogue, “Justice is what love looks like in public, just like tenderness is what love looks like in private.” As I note in chapter 11, “black people face discrimination in almost every area of life—when encountering police and courts, applying for jobs and apartments, seeking health care or education and more. In almost every case, the discrimination is worse when those black people speak Black Talk.” It’s not enough to love Black Talk—we need to use our special knowledge of Black Talk to make a positive difference in the world.

EB: I enjoyed all the photos your shared and especially your poetry. I had not known you were a poet. Have you written poetry all your life? Do you have a favorite poem?

JRR: Yes, at least since high school, when John Agard (who wrote the Foreword to my book, incidentally), Brian Chan, myself and several others published our poems in Expression magazine. My favorite poem is “Epitaph” by Jamaican Dennis Scott, a class-mate of my wife Angela when she a student at the University of the West Indies, Mona, from 1968 to 1971. This relatively unknown and uncelebrated poem is extremely complex and powerful, much of its power deriving from the double meaning and unusual use of its words (clement, hanged vs hung, black apostrophe, and so on):

They hanged him on a clement morning, swung
between the falling sunlight and the women’s
breathing, like a black apostrophe to pain.
All morning while the children hushed
their hopscotch joy and the cane kept growing
he hung there sweet and low.

At least that’s how
they tell it. It was long ago
and what can we recall of a dead slave or two
except that when we punctuate our island tale
they swing like sighs across the brutal
sentences, and anger pauses
till they pass away.

EB: I was impressed with the honesty and detail of your memoir. What was the writing process like for you? Writing your life must be different than writing an academic work.

JRR: It WAS very different from writing an academic work, but also more personal and revealing. I was learning about myself and my passions and fears as I wrote, and in many ways the process, once started, is continuing.

EB: Thanks for talking with us. I hope every linguist reads your memoir.