An Interview with Diana Coogle

Her books include Wisdom of the Heart, with artist Barbara Kostal, Fire from the Dragon’s Tongue (an Oregon Book Award finalist), Living with All My Senses: 25 Years of Life on the Mountain, An Explosion of Stars; and Favorite Hikes of the Applegate: A Trail Guide with Stories and Histories, with Janeen Sathre. Her most recent book is From Friend to Wife to Widow—Six Brief Years published in 2020.

Diana Coogle has made her home in the mountains above the Applegate for almost 50 years.

Maureen Flanagan Battistella: You are one of the most prolific writers I know, Diana Coogle. You’ve published books of poetry, you blog regularly, you write for Jefferson Public Radio and more. You live a life of thought, and experience so many senses. Can you describe what writing does for you, why the action of writing is important to you? 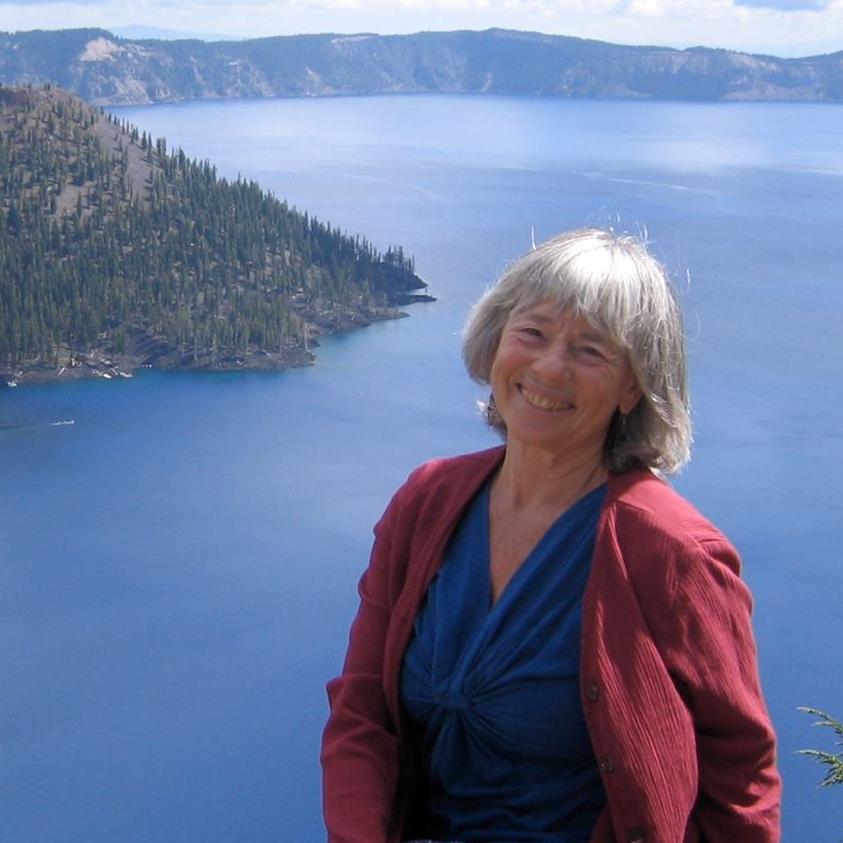 Diana Coogle: Some writers get excited by the blank page with all its promises, the emptiness that they will fill in whatever way their creative imaginations want. I am not one of those. I dread the blank page, its emptiness a gaping hole that it is my responsibility to fill with beauty or wit or, worse, with good, deep thinking. But I can’t get to my favorite part of writing, the part that flies and soars and does loop-de-loops with the verbal imagination, until I struggle some thoughts onto the page. So writing does two things for me: It forces me to think about things, and then it allows me to play with language as I work to express those thoughts. Writing is sculptor’s work: sculpting and chipping away with a chisel to make a work of art. I undergo an experience—a particularly beautiful ski through the woods, a bear cub on a trail, a once-only slant of the sun making rubies in the mud—and I begin to explore how best—most beautifully, most truthfully—I can express that experience. And when it’s done, what does the writing do for me? It makes my heart sing.

MFB: Nature is one of your most regular themes. Why is that?

DC: Because nature is deeply meaningful to me. Because we are a species of nature; we are not separate from nature; all the beings of nature are our kin or our environment. Because we need to care for and about nature, or else we are doomed. Because I am a proselytizer and desperately want to make the world pay attention to nature. Because I prefer to write about that which I love and I don’t like writing about people I know because I don’t like to describe character (that’s why I’m not a novelist). Because I love descriptive writing and nature creates opportunity after opportunity to describe beauty. Because I live so deeply in nature and what is most immediate to me is what I like most to write about.

MFB: Your latest work is a book of poetry, From Friend to Wife to Widow: Six Years Brief Years. It is a very personal work, and the cover photo speaks to your writing. Can you tell me how these poems came to you, and how they might help others? 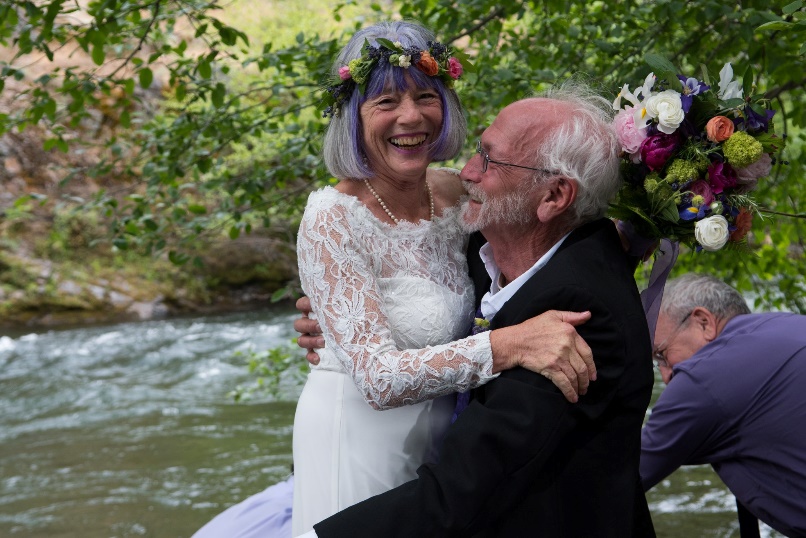 DC: Ah, these poems. These heartfelt poems. One answer to the question of how these poems came to me is to say that many of them, the early ones, before Mike became sick, were written during my 75th year, when I was doing 75 things of 75 repetitions each, and one of those things was to write 75 poems of 75 words each. Many of the others were written during April, 2020, when I was writing a poem a day in recognition of National Poetry Month. But that’s only the structural answer. These poems came to me because, as with poems about nature, I was writing about what was closest to me. It was so unfair to lose Mike after such a short time together. Frustration, love, grief, anger—to turn it into poetry was to pry its claws out of my guts. In putting the poems into a book I was hoping to find common ground with others who suffered similar grief and such loss, especially during the pandemic. Maybe my turning frustration, love, grief, and anger into the beauty of language could be paralleled by the reader who could transfer that beauty of language to his or her own experience.

MFB: Do you ever feel that you’ve written enough? When do you know when to stop working on a specific project?

DC: Sometimes, yes, I feel like I have said all that I have to say. How many times, in how many different ways, can I say, “The birdsong is so beautiful this spring” and “There is nothing more beautiful than a fresh snowfall”? But it won’t stop. There’s always another snowfall that demands expression, another symbol to make out of birdsong. Another pattern of sound to explore, another thought that wants out. As for the individual poem or essay, because the revision process is my favorite part of writing, when I can get out my chisel and mold the sculpture into being, I will work on it and work on it and work on it, changing a word here, a word there, deleting a phrase, replacing it elsewhere, ruthlessly honing the piece till I can say, “Okay. This is it: what I want to say and how I want to say it.” I have, occasionally, in the past, worked a piece to death, though—taken all the air out of it as I try to condense the writing, spoiled the spontaneity, eliminated the fun bits. That doesn’t happen much anymore, though. I have learned to discipline my pen.

MFB: Your authentic, true voice resonates in your writing. Have you ever written from a point of view that is not your own? For example, dialogue that assumes the persona and point of view of another person.

DC: Well, yes, I have, though it’s true that I don’t do that very often. Once it was because that was the directive of the prompt: to write in another person’s point of view, so I wrote a sympathetic poem in the voice of my mother, expressing her unhappiness with and struggle to understand my hippy lifestyle (back then). My blog post for April Fool’s Day, 2021, was a poem about foolish money, in which I listed some ways to lose money foolishly, including a fictional account of a girl whose boyfriend left her in Paris. A friend’s sympathetic comment was that he didn’t know that had happened to me. Well, of course, it didn’t, but everything else in the poem did, so I can’t blame him for thinking it did. I think I speak best in my own voice. The danger, of course, is solipsism.

MFB: Do you have a favorite medium or channel for your writing? Have you experimented with other media?

DC: Radio, because it includes the voice, is actually my favorite medium, but I don’t have access to it anymore. I would like to do a podcast, but when I tried, I got stuck in the technological tangle. I like performance and spent about a decade of my career writing plays, mostly for children, but a good handful for adults, too. All were produced; theater is a wonderful magic. I did some acting during that time, too. I even enjoyed academic writing while I was getting my Ph.D. (2006-2012); I liked taking the creative aspect of writing to scholarship. The personal essay was my medium for decades; I have only recently turned to poetry. When I started, I suddenly felt like I didn’t even know what a poem was. I have enjoyed the explorative aspect to writing poetry and now write poems and essays at about equal frequency. And beyond writing? I played classical guitar for a number of years but gave it up when I went to graduate school. I do a lot of crafts (card-making, sewing, knitting), but performance is really the medium I enjoy most, second to writing. Presently, I have been memorizing poetry and presenting public recitations. Fun!

DC: Next? Is there no rest for the weary?

I have toyed around with the idea of a book of nature poems. And I wait for the next assignment for the Marshall Scholars’ Newsletter, my next column for the Jefferson Almanac, the next prompt for a poem,…. What’s next, at this moment, is what’s most immediately in front of me. That’ll do for the present.