An Interview with Scott Kaiser, author of Albert’s Adventures in Willy World 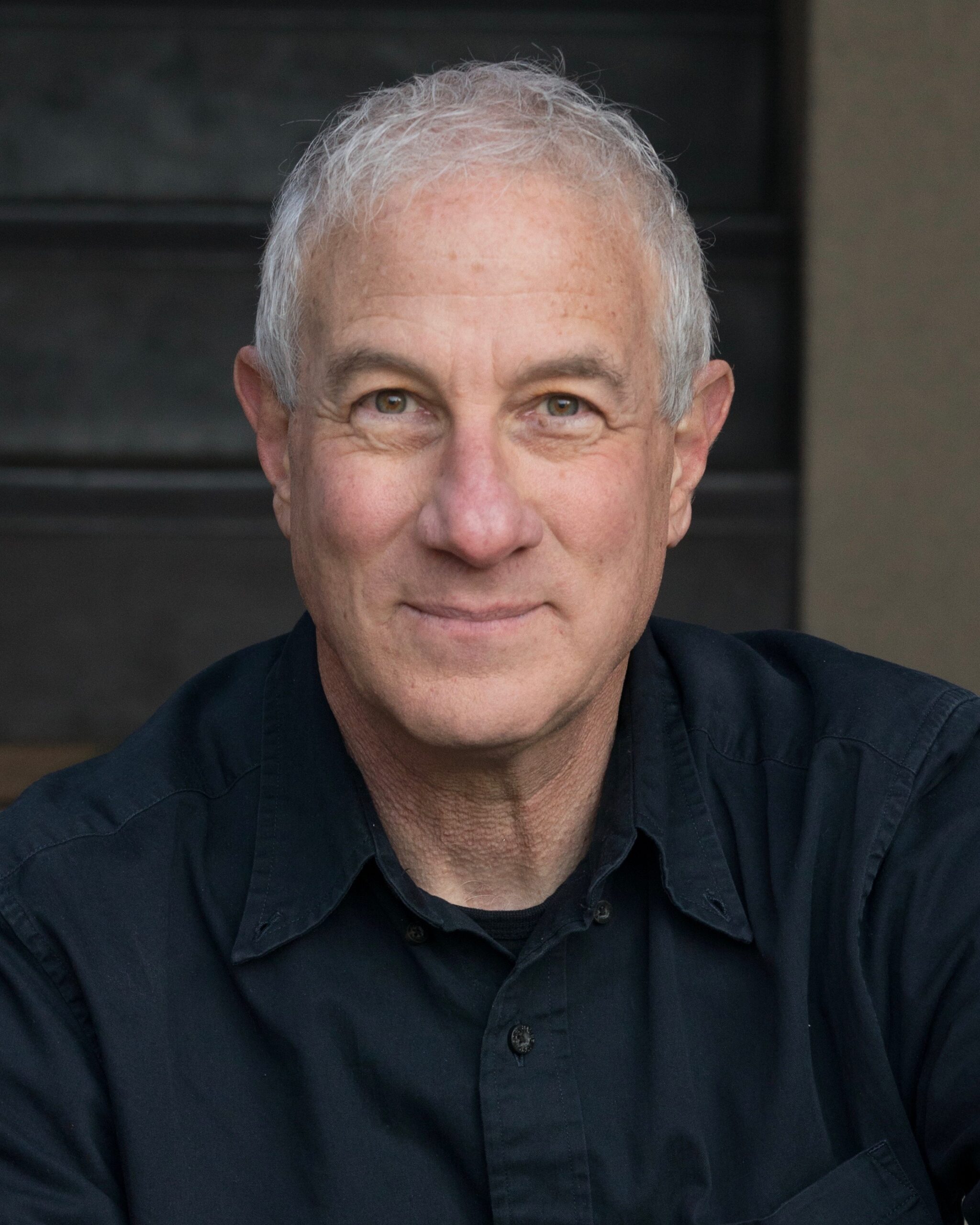 Scott Kaiser is a director, playwright, master teacher of acting, and author who spent 28 seasons as a member of the artistic staff at the Oregon Shakespeare Festival in Ashland, where he directed, adapted, coached, or performed in all 38 of Shakespeare’s plays.

Kaiser is the author of more than a dozen books on Shakespeare, including Have Shakespeare, Will Travel; The Tao of Shakespeare; Shakespeare’s Wordcraft; and Mastering Shakespeare. He has also penned several original plays, including Falstaff in Love, Love’s Labor’s Won, Now This, Splittin’ the Raft, and Shakespeare’s Other Women: A New Anthology of Monologues.

His latest book is Albert’s Adventures in Willy World, a fantastical satire of the commodification of William Shakespeare—which Kaiser refers to as “The Shakespeare Industry.”

Ed Battistella: I enjoyed Albert’s Adventures in Willy World, which is a murder mystery but much, much more. I saw it as a good-natured ribbing of the Shakespeare industry, with a twist of acid. Is that what you had in mind?

Scott Kaiser: Sure, that sounds about right. Or perhaps, as Alice in Wonderland inspired the book, you might think of it a journey down the rabbit hole of the Shakespeare Industry.

EB: The setting is a fictional Shakespeare theme park, which casts Ashland in a whole new light. Do you see Ashland as a fantasy world?

SK: In my imagination, Willy World is actually closer to Walt Disney World, a place where every square inch of real estate is carefully curated to serve a purpose—that is, to make money for the Disney Corporation.

That fact is, if William Shakespeare™ were a corporation traded on the New York Stock Exchange, it would be just like Disney—a multinational mass media and entertainment conglomerate, operating in every country on the planet, worth untold billions.

Luckily, Shakespeare is in the public domain, so he belongs to everyone. Which means that everyone can make a buck off of him. And they do!

Having said that, Ashland, where I’ve lived for 30 years, was certainly on my mind when I created Willy World. You can see the Bard’s influence everywhere in our town, in faux Tudor facades, and cutesy Shakespearean names like As-U-Stor-It, Oberon’s Restaurant, The Windsor Inn, and streets like Birnam Wood Road, Romeo Drive, and Elizabeth Avenue. And why not? Shakespeare is the life-blood of this community, bringing in waves of tourists, who see plays, book rooms, eat meals, drink wine, buy trinkets, fill their tanks with gas, and eventually return to buy a second home.

EB: If it were up to you, how would Shakespeare be treated differently, not just here but globally? 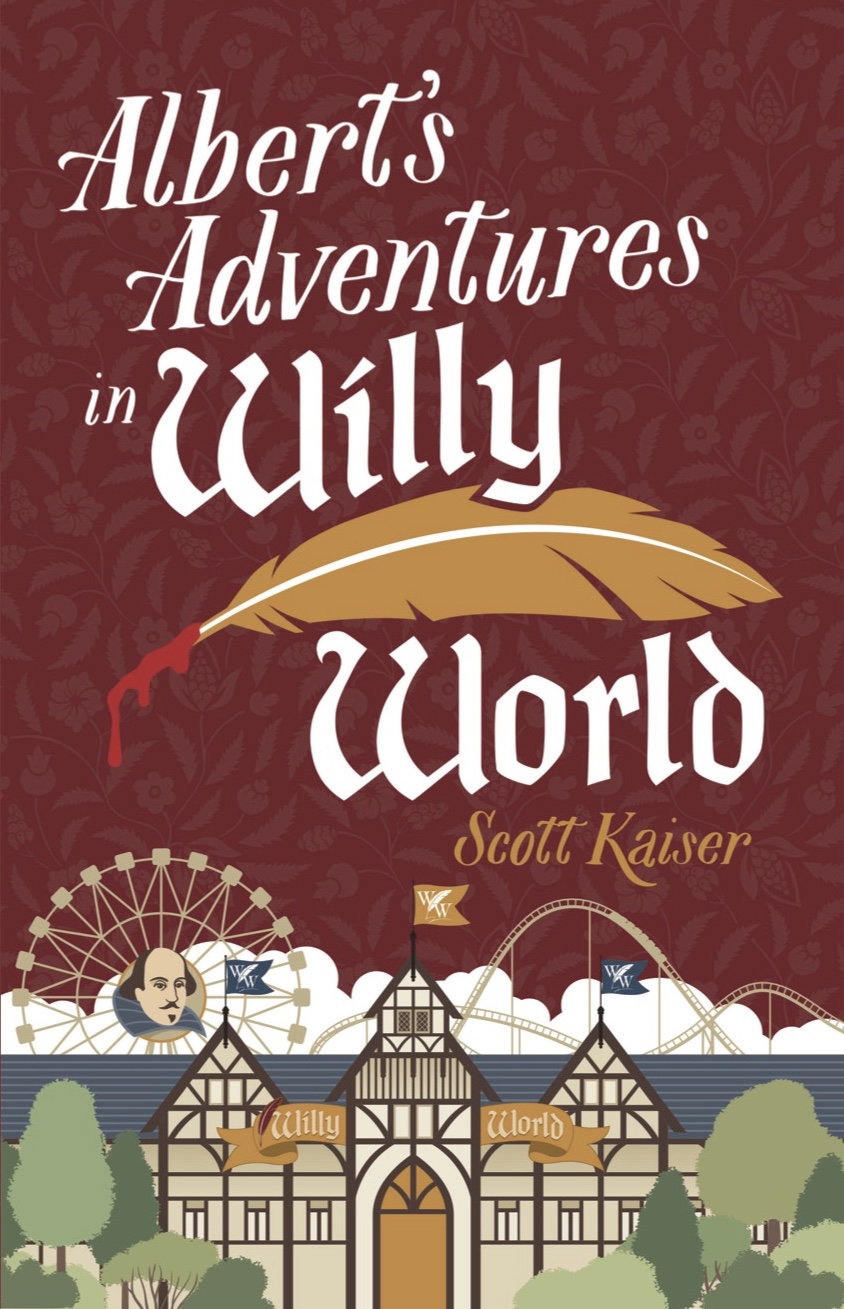 SK: Like most satires, the aim of the book is not necessarily to advocate for particular changes, but to hold a mirror up to all the absurdity that Shakespeare inspires in our modern culture. Such as endless movie adaptations, “translations” of his work into plain English, people who want to ban him from the curriculum, Anti-Stratfordians who believe in a centuries-old conspiracy, First Folio freaks, original pronunciation geeks, thousands upon thousands of books and dissertations about the Bard’s life and work, bottomless merchandising of every conceivable Shakespeare-related product, and so on, ad nauseam.

EB: The characters you introduced along the way seemed to have hints here and there of real people: Barry Heckler, Louise Quibbler, Elsie Phoneme, and so on. How closely were you channeling folks?

SK: My lawyer is grateful to you for asking this question! Please note: the characters portrayed in this book are fictitious. No identification with actual persons living or deceased is intended or should be inferred.

Seriously though, the characters in the book aren’t based on anyone in particular—they’re composites of people that I’ve gotten to know during my decades of working in the professional theatre, people with quirks and eccentricities and highly specialized talents. So I’d like to think that I’ve created my characters with affection, not disdain. If the characters remind my readers of someone they know, well, that’s not something I have control over, is it?

EB: What’s been the reaction from your former colleagues at OSF?

SK: My former festival colleagues easily recognize, of course, the inspiration for certain passages in the book, and tell me they’ve gotten a good laugh out of them. But they said this during the pandemic, wearing masks, so, who knows if they really meant it!

Anyway, it’s important to note that the book isn’t really about OSF, or any institution in particular—it’s about people all over the country, all over the world really, who make their living from the corpus of Shakespeare. Which includes most of my dearest friends and colleagues. As well as me, myself, and I.

EB: Where can readers get your book?

SK: Funny you should ask! Believe it or not, the book can be found on a remarkable website called Amazon.com by using this link. And here’s my author page if you want to peruse the other 16 books I’ve written. And here’s a link if you’d rather look at a cute puppy.

EB: Thanks for talking with us. Don’t let the Oxfordians get you!

SK: Zounds! You’re not one of them, are you?