An Interview with Stephanie Raffelock 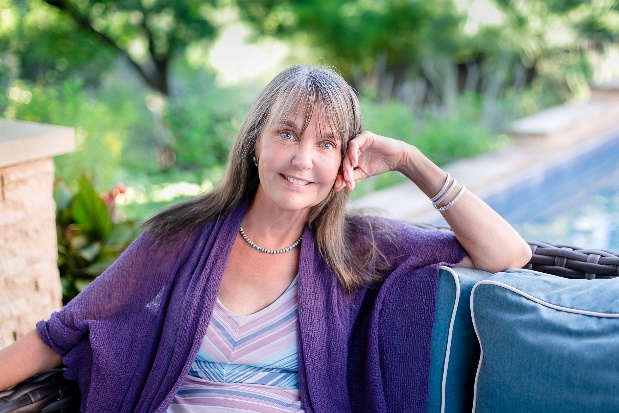 Stephanie Raffelock is the author of Creatrix Rising, Unlocking the Power of Midlife Women, (She Writes Press – August, 2021). She also penned the award winning book, A Delightful Little Book on Aging.

A graduate of Naropa University’s program in Writing and Poetics, Stephanie was a contributor to The Rogue Valley Messenger in Oregon. She has blogged for Nexus Magazine, Omaha Lifestyles, Care2.com, as well as SixtyandMe.com.

A former i-Heart Radio host, she is now a popular guest on podcasts, where she inspires women to embrace the strength and passion of their personal story. Her commitment to uplift women extends to teaching personal development classes for incarcerated women and non-profits, including Dress for Success, Austin.

A recent transplant to Austin, Texas Stephanie enjoys an active life with her husband, Dean and their Labrador retriever, Mickey Mantel Raffelock.

On May 20, 2021, she will host a panel feminist titled The Creative Surge of Midlife Women: Women’s History is a Her Story, sponsored by the Friends of Hannon Library

Ed Battistella: Tell us a bit about your forthcoming book Creatrix Rising.

Stephanie Raffelock: I was inspired by the women around me who were running for political office, starting businesses, creating art and living life vitally, all of them over the age of fifty. The culture’s perception of the midlife woman is a worn-out and sometimes toxic stereotype. So the book postulates a new and emerging archetype, the Creatrix.

The name Creatrix comes from the three Greek fates, the spinner, the weaver and the cutter. The weaver was called Creatrix. The name literally means: A woman who makes things. The older archetypes, especially that of the Crone, don’t fit. Nobody wants that title. Crone means disagreeable old woman. So Creatrix Rising, Unlocking the Power of Midlife Women, is about the shift that’s happening in midlife women that puts them in touch with their inner strength, power and wisdom.

EB: You tell your own story of growth in the book. What motivated you to write it at this point? 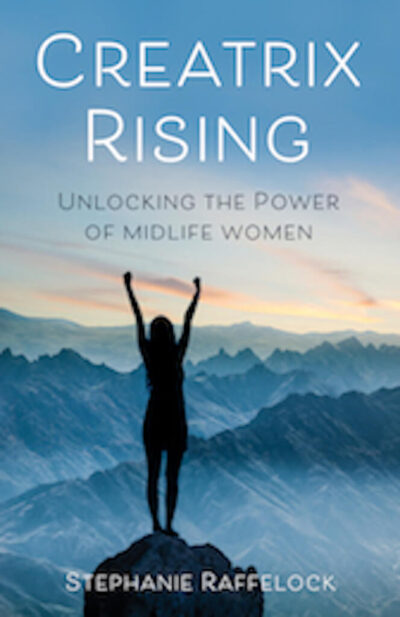 SR: Self-knowledge reveals all things. Somewhere along the way, I committed to living the examined life. The older I’ve gotten, the more I’ve been able to appreciate the psychological and spiritual insights not only within my self, but within others as they walk the path of what we call the human experience.

Telling my own story is my credential. I’m not a theologian, a psychologist of a sociologist, so my credibility comes from sharing my most authentic experience of life’s unfoldment. The motivation for writing the book is inspired by the observation of women around me. Women are more willing than ever before to stand in the light of their truth and speak it. And, has there ever been a time when we needed a woman’s voice in leadership more?

EB: How have you evolved as a writer over the years?

SR: Slowly. Oregon was a writer’s incubator for me. I retired from fulltime work when I moved to Ashland, and for the first time in my life, I had the hours to dedicate myself to my love for writing. I became active in Willamette Writers. I was part of a writing circle. I went to classes and workshops. I wrote articles for The Rogue Valley Messenger as well a column for a large blog called Sixty and Me. I wrote seven full manuscripts. I wish I could tell you that they were all good. But the truth is, they were mostly rambling narrative. But that is the process. Study and practice – there’s really no way to replace that. My years in Oregon formed my discipline and respect for the craft of writing. Over a period of several years, I started to find my voice and more confidence in my ability to hammer out work that communicates and articulates the heart of the story I’m writing.

EB: The Dalai Lama has predicted that women will save the world. What’s the role of creatrixes?

SR: I have long believed that women hold the emotion of the world; that the gift that we bring to the table is a counter balance to the old, paradigm of bottom line profit. The Creatrix recognizes the power of her creativity and feeling tone. She leads with that. The Women’s March of 2017 was filled with Creatrixes. The 2018 midterms, where more women over the age of 50 ran for local, state and national office is an example of the Creatrix, rising. I believe that the greatest role of the Creatrix archetype is to give a positive title to the creative surge that women over the age of fifty are experiencing and demonstrating in our society. 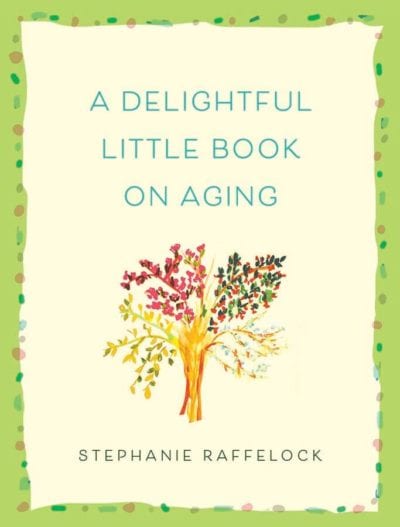 EB: Tell us about your earlier book on aging, A Delightful Little Book on Aging.

SR: A Delightful Little Book on Aging, was just that – a delightful book. It’s a series of essays and personal stories about embracing the years, rather than fearing or disdaining them. One summer, I’d had the experience of a manuscript being turned down by thirty-five publishers and then losing my literary agent. I felt that if I didn’t pull together something and keep going, I’d give up. So, I put together a compilation of essays and stories that were about my experience of loving my age, and loving life. It’s a small hard back, gift type of book.

EB: What sort of feedback have you gotten about A Delightful Little Book on Aging, which I noticed received several awards.

SR: I was amazed at the positive feedback that I got, and yes, a number of awards. That little book, gave me a big boost of confidence and I’ve enjoyed sharing the message, which seems to be much needed – that of life doesn’t stop at fifty. Life gets better, more creative and presents to all of us a question worthy of contemplation: “Why does nature keep us alive after midlife?” It’s such a great question. And the answer to that bring me full circle to the beginning of this discussion – Self-knowledge reveals all things.

EB: You published with the wonderful folks at She Writes Press? What was that experience like?

SR: She Writes Press is dynamic sisterhood of women authors. Brook Warner who co-founded the company has created an environment of support and encouragement. She teaches all of her writers about the publishing experience. She offers continuing education classes with some of the finest writers in the country teaching them. She Writes Press provides a much needed platform for women to tell their stories.

EB: Can you tell us about some future creative plans or ongoing projects?

SR: I’ve recently started a new manuscript about secular spirituality, questioning how we come to believe what we do, and what informs those beliefs. I’ve been building a speaker’s resume and look forward to adding the Hannon Library event to that endeavor. I’m preparing to teach a class at the non-profit, Dress for Success, Austin, an organization that uplifts women, helping them with everything from business attire, to resume writing, to personal development. I’ll be teaching a class called Rewriting the Ending to Your Story.

And on a final note, I have a new puppy named Mickey Mantel Raffelock who keeps me out on the trails, daily. I’d forgotten how much energy a puppy has. My joyful experience is tinged with humor, because I have a dog who manages to sneak into the bathroom and grab the end of the toilet paper and run through the house, leaving a long trail of toilet paper behind him. He’s a pretty funny guy.

SR: Thanks, Ed. It’s a very special experience to be giving a presentation in Ashland, Oregon. I love the town and the university. Both will always have a special place in my heart. I only wish I was going to be there live and in person. . . one day soon, I hope. Thanks for the interview.

You can find Stephanie at: