An Interview with Amber Reed, author of Nostalgia After Apartheid 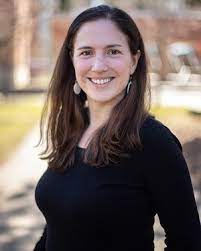 Amber R. Reed is the author of Nostalgia after Apartheid: Disillusionment, Youth, and Democracy in South Africa, (Notre Dame Press, 2020), part of the Kellogg Institute Series on Democracy and Development.

She earned a BA in anthropology from Barnard College and MA and PhD University of California, Los Angeles and was a Postdoctoral Fellow in Anthropology and Africana Studies at the University of Pennsylvania. Among her specializations are the areas of South Africa, youth, democracy, race, nostalgia, apartheid, and visual media.

Dr. Reed is an associate professor of anthropology at Southern Oregon University.

Amber Reed: The idea here is to apply the perspective of cultural anthropology to the understanding of nostalgia – something that I think most people instead think of as an internal, psychological experience. How can we understand nostalgia as a cultural and social practice? I write about nostalgia as a phenomenon different from other forms of remembering; it is about looking at the past with a desire or longing to return to it. But more than that, nostalgia recasts the past in ways that might not be truthful. In other words, we desire a return to something that may never have actually existed. This is a new but expanding area of anthropology; a few other people have written about this in the past few years as well.

EB: How did you get interested in South Africa and in Xhosa culture?

AR: When I started graduate school at UCLA in 2008, I knew I wanted to study the role of non-governmental organizations in promoting youth activism in South Africa. I had been to the country once before in 2005 as a volunteer doing wildlife rehabilitation, and was excited to return in a research capacity. I connected with a public health researcher at UCLA working on HIV/AIDS in South Africa, and she connected me with the Sonke Gender Justice Network. Sonke had been doing a bunch of programs in the rural Eastern Cape, and needed someone to do an assessment of one of them. I wanted to learn more about what they had done, so I traded my ethnographic skills for access and wrote a report on their Digital Stories project. That was my first introduction to the Kamva community, and they placed me with a family to live for a few weeks in 2009. That family became my second family, and when I returned to do doctoral research in 2012 I lived with them for the year.

EB: You talk about the way that nostalgia can be a form of resistance and how local cultural forms act as a prism for Western-based notions of democracy. Could you give an example? 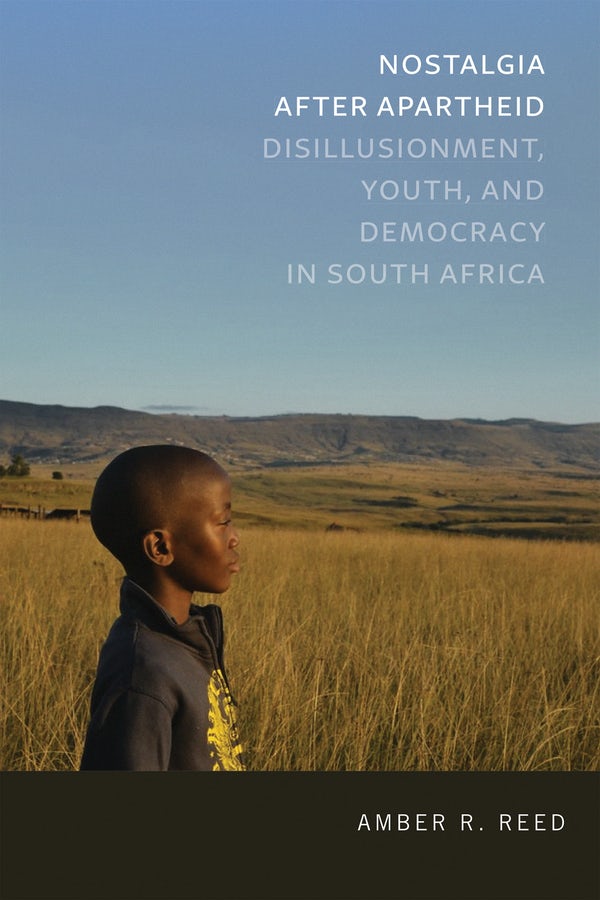 AR: A clear example from my research is the nostalgia rural Xhosa teachers have for students during the apartheid era. They wax nostalgic for how the apartheid government was strict in schools and helped them manage their classrooms – students were well-behaved, the curricula allowed them to teach in ways they felt aligned with their cultural emphasis on rigid age hierarchies, corporal punishment was legal, etc. By comparison, democracy today in South Africa feels like an imposition; national human rights legislation has made corporal punishment illegal, the curricula demand active learning and student participation, lessons are supposed to include teaching about LGBTQ rights. These are all things many Xhosa people consider foreign and even immoral, and nostalgia becomes a way to recapture a sense of security from the past.

EB: You note that nostalgia tells us about the present. What are the implications to what seems to be a backlash among youth for the future?

AR: Yes, I see nostalgia as more about the present than the past: usually, it is a commentary on people’s dissatisfaction with now. In South Africa, this is largely about a sense of disappointment and hopelessness with how the state has enacted its democracy after the anti-apartheid movement and everything it promised. I think this has huge implications for youth and the future: for one thing, a lot of South African youth are parroting their elders’ nostalgia and talking about how life was better during apartheid – and they weren’t even alive then! Another implication might be political alignment: if people are waxing nostalgic for an authoritarian regime, is this going to change youths’ voting behavior in the future?

EB: I understand that the book came out of your 2014 doctoral dissertation. What are some of the difference between writing a dissertation and writing a book like Nostalgia After Apartheid?

AR: The biggest difference is that by the time the book comes out, you are usually really far removed from when you actually did the research! I did the bulk of this research in 2012, so it has been a long road and I’ve spent a lot of time pouring over the data again and again to get here. The dissertation is really about meeting the objectives of your doctoral committee; demonstrating your ability to synthesize ideas from your discipline, to discuss major schools of thought, to show that you did the fieldwork necessary for the degree. The book is really different – it is about introducing your readers to a new topic and drawing them into a world they might not have any familiarity with. For the book, I added a lot of stories and personal anecdotes that weren’t in the dissertation. I hadn’t thought of them as “data,” but in retrospect they were some of the more informative parts of my research experience.

EB: Are there lessons to be drawn about the US political scene from the anthropology of nostalgia?

Absolutely! Nostalgia is a political tool wielded in campaigns and by politicians constantly. “Make America Great Again” is all about nostalgia – a fantasy of a better past that relies on specific ideas of what America was and should be. It isn’t about facts, it is about painting a particular vision. I think the more we can recognize the role of nostalgia in politics, the more we can break down problematic assumptions and portraits of what America is or is not that might be harmful to particular communities or individuals.

EB: What other research projects are you working on?

AR: I have two major projects at the moment: one that is longer term and started pre-COVID, and the other that arose during the pandemic. The first is examining the movement of rural, Black families in the Eastern Cape to suburban areas that were white-only spaces under apartheid. I’m focusing on the port city of East London on the Indian Ocean coast to do this work, which is a really interesting smaller South African city that I think doesn’t get enough scholarly attention but sort of encapsulates a lot of the South African story in its history. This project is going to look at why people move to these spaces, and what they experience when they get there. I’m also looking at the role of visual media – television, Internet shows – in projecting a fantasy of multiracial suburban life that doesn’t necessarily match the reality of what people experience when they get there.

The COVID project is one I’m doing with a South African colleague who is a trained ethnographer and Xhosa person. She has conducted interviews and administered surveys with people in East London who were active in the anti-apartheid movement in the 1980s and are today dealing with the lockdown orders from the South African government (they had one of the world’s strictest lockdowns in the early days of the pandemic). We’re asking about how the lockdown laws – keeping people in their houses, forcing them to show ID to move around, police enforcement – might trigger their memories of state violence and surveillance during apartheid.