An Interview with Cara Black, author of Three Hours in Paris. 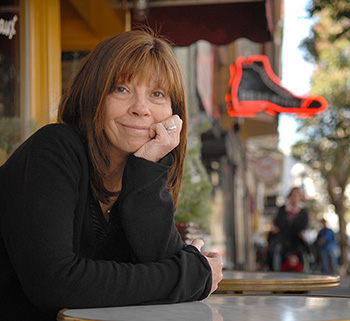 Cara Black is the New York Times and USA Today bestselling author of 19 books in the Aimée Leduc series, which is set in Paris.

From the California’s Bay Area, she travelled widely in Europe and Asia, studying Buddhism in Dharamsala in Northern India and studying Chinese history at Sophia University in Tokyo.

Her love of all things French was kindled by the French-speaking nuns at her Catholic high school, where Cara first encountered French literature She has been to Paris many, many times entrenching herself in it secret history.

Her 20th book is the standalone thriller Three Hours in Paris, published in April 2020 by Soho Press, which the Washington Post put on its Best Thrillers and Mystery Books of 2020 list.

Ed Battistella: This is your first standalone novel. How did it feel to venture away from your Aimée Leduc Investigation series?

Cara Black: Quite scary at first. I’ve written Aimée Leduc for a long time and at first felt I was being ‘unfaithful’ but once I got writing it was a wonderful challenge. A great chance to write something new about a story that I became passionate about.

EB: Where did the idea for the novel come from? What are the three hours in the title?

CB: The idea came from a historical footnote. Doing research I came across a footnote that detailed Hitler’s brief, one and only visit to Paris. It struck me as strange that he never returned or had a big victory parade on the Champs Elysées. It was only for three hours. Hence the title

EB: Were there really female snipers in World War II?

CB: Yes, the Russians had a whole unit of female snipers. The story of Ludmilla, who got 309 kills, inspired my idea for an American, like Kate, to also be a sniper.

EB: I enjoyed the way that the two main characters, the assassin Kate Rees and the policeman Gunter were both doing their part, as they saw, it and staying true to themselves. What’s the larger message?

CB: War is complex and so is the truth. I wanted to show a German man, a family man who is good at his job like Kate who is good at hers, doing his best. Gunter didn’t like his boss, the Fuhrer, and it was important he not be a cliché Nazi.

EB: What was the research like for this novel? There was a lot of spycraft, firearms, and military history.

CB: Research is the best part of writing. I started with the idea for this book about ten years ago, so research along the way was in fits and starts. Four years ago when I got the contract then I concentrated of going through 20 years of notes I took in Paris to do with the war, began purposefully visiting french Archives and war collections. I interviewed several female Résistants, now sadly who’ve gone, but felt very lucky to have spoken with them. Also in London, I went to the Churchill war rooms underground and the Imperial war museum. Stanford University has the Hoover Institute where I found WW2 spycraft gadgets – treasure trove.

EB: Can we expect more stories about Kate Rees in the future? The ending is open?

CB: I’m certainly thinking there’s a whole rest of the war for her to possibly work in.

EB: Perhaps an older Kate Rees might someday be a client of Aimée Leduc?

EB: It was nice to see a protagonist who was a cowgirl from Oregon. Is ranching good training for being a spy?

CB: I’m just working on the edits for the next Aimée Leduc novel – title TBA – set after 9/11 in Paris. This will come out in November 2021.

EB: Thanks for taking with us.