An Interview with Dennis Baron, author of What’s Your Pronoun? 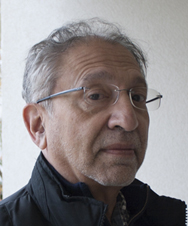 His most recent book is What’s Your Pronoun? Beyond He and She (Liveright, 2020), which Publishers Weekly called “entertaining and thoroughly documented.”

A former Guggenheim Fellow, Baron, who tweets as @DrGrammar, is a regular media commentator on the English language.

Ed Battistella: I really enjoyed reading What’s Your Pronoun?—and several of my students are reading it as well. Tell us about the “missing word” of the English pronoun system. What’s missing?

Dennis Baron: What’s missing is a third-person singular pronoun that is gender-neutral and nonbinary. The pronoun it is neuter, to be sure, but it typically refers to things, or maybe also animals. We used to use it for babies, but I think that’s not very common any more. In 1808, Samuel Taylor Coleridge suggested it as a common-gender pronoun (today we’d call it ‘gender neutral’), but using it for people is generally insulting—both desexing and dehumanizing. In the 19th century, American politicians sometimes called their opponents it. And it’s still common for political rivals to insult one another’s sexuality.

EB: I was fascinated to read about the legal wrangling surrounding women’s rights and the selectivity of the law when it came to rights versus responsibilities. Can you tell our readers a bit about that?

DB: The masculine pronoun could be ambiguous when it appeared in statutes: does he mean ‘he or she’ or ‘only men’? To try to clarify the law, England (1850), Canada (1867) and the US (1871) passed statutes which declared that in any law, a masculine word (words like he and man) referred to women as well. Suffragists seized on that inclusivity, arguing that if he in penal statutes meant that women could be punished for a crime, then he in the voting law meant women could vote. Unfortunately, judges and legislators—at the time, all of them men—disagreed. In their view, he included ‘she’ when it came to penalties like going to jail or obligations like paying taxes, but when it came to privileges like voting or becoming a doctor or lawyer, each right had to be conferred specifically to women or they were excluded.

EB: You note that top-down directives about language invariable fail in the face of usefulness. Why has singular they proved so useful? 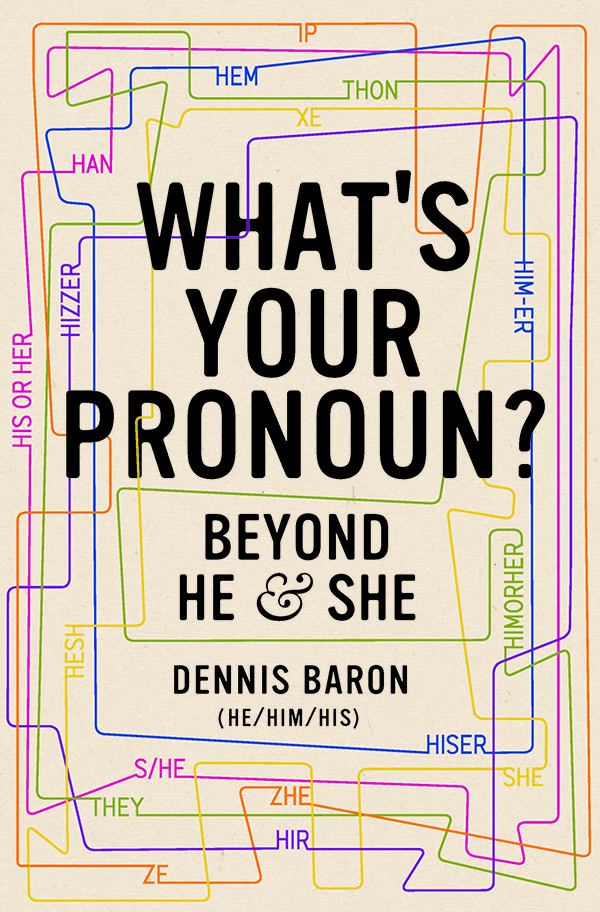 DB: Singular they works because it is not a top-down regulation. The form has been acceptable in English speech and writing since the 14th century, appearing regularly and without comment in the works of well-respected writers like Shakespeare and Austen. It wasn’t till the 18th century that grammarians and usage critics began labeling singular they as ungrammatical. But even then, most people, including well-educated, careful writers, used the form. Today most of the major language “authorities”—dictionaries, grammars, usage guides, and publishers’ style books, accept singular they for an indefinite: Everybody forgets their passwords. Or for a member of a class: The writer should always revise their work. And more and more of them accept nonbinary they as well: Alex likes their burger medium well. Singular they is used by people who don’t give the current debates over gender any thought at all. It’s used by people deeply concerned with gender rights and inclusivity. And even people who still object to singular they use it when they’re not paying attention. Singular they comes close to being the one-size-fits-all pronoun, and it arose naturally, in popular usage, rather than being imposed by a grammarian, a law-giver, or a well-intentioned person in HR.

EB: Has there been a turning point in public acceptance of singular their?

DB: The public has accepted singular they for centuries—probably ever since English borrowed th- pronouns from Old Norse, a borrowing that occurred because the Old English third person pronouns, which began with h-, had all started to sound alike. It’s the “experts” who are now accepting it as well.

EB: I was fascinated by the number of gender-neutral pronouns you have documented, which must have taken years of research. Why do people feel compelled to invent new pronoun?

DB: People are constantly coining words and expressions. It’s part of the creativeness of language. The fact that so many people over the past couple of centuries, whether amateurs and crackpots or well-educated writers and public figures, tried their hand at inventing pronouns, suggests that there is a serious need for such a word. Only singular they has been successful, overall, but there are still a significant number of people using one or more of the coined pronouns like ze and hir, which suggests that at least in the near term, we will be dealing with multiple answers to the question, what’s your pronoun? And that’s great, since English has many ways of saying the same thing.

Remember too, though, that some people don’t want to be asked their pronouns, and others prefer no pronoun at all—just say their name.

EB: What’s been the response to your study? Have you heard from prescriptivists?

DB: Response has been favorable. Yes, a couple of prescriptivists/purists remind me that singular they is wrong, even though it’s not wrong. Others object that their freedom of speech is at stake. Both of these objections are easily answered.

Singular they no less grammatical than singular you. In fact, singular they is actually much older than singular you. Starting in the 17th century, plural you began to appear as a singular as well, pushing out the long-established singular thou, thee, and thy. When that started to happen, purists objected to singular you, calling it ungrammatical, illiterate, and ambiguous. And grammar books through the 19th century insisted that thou is singular, you, plural, long after standard English speakers and writers had abandoned thou. (Though not considered standard, the th- second person and h- third person forms persist in some British varieties of English.) Today, just as no one wants to revive thou, no one wants to go back to the days of generic he.

As for the free-speech issue, in terms of personal interactions you are free to say whatever you like, but the First Amendment does not protect you from the consequences of your speech. As for official requirements to use inclusive language, they are designed to create a non-hostile environment in classrooms, offices, and places of public accommodation, where the regulation of behavior, including language, has long been accepted as legal and useful to ensure effective human interaction. More and more businesses have discovered that pronouns are good business, and that kind of public acceptance goes a long way toward making singular they and coined pronouns a part of everyday English.

EB: What advice have you got for writers and students about using singular they?

DB: Use singular they if you feel it sounds right, and be prepared to explain it if you are questioned. Editors will accept singular they if their style guides do (the new edition of the American Psychological Association Publication Manual is the latest of the major publication guides to approve singular they both for gender-nonspecific and nonbinary referents in both scholarly writing and when dealing with clients and patients).

If your pronoun is they, your employer or your teacher should respect that. As for general “tips for writers,” many teachers may still reject singular they, though they themselves use the form all the time. Students generally give the teacher what they want (see what I did there?). They is not a hill to die on—and of course not every sentence can be recast in the plural to avoid the singular they problem. But even if a teacher suggests it, don’t go with he or she, which is a form that everybody always hated for being too long, too awkward, too repetitive, and today, too binary.

EB: What other things are you working on?

DB: I am going back to “Unprotected Speech,” a project on language and law that I interrupted to write the pronoun book.

EB: Thanks for talking with us. Best of luck with What’s Your Pronoun?

Edwin Battistella’s latest book Dangerous Crooked Scoundrels was released by Oxford University Press in March of 2020.
View all posts by Ed Battistella →
This entry was posted in Ideas and Opinions and tagged Dennis Baron. Bookmark the permalink.