An Interview with Kayla Bush 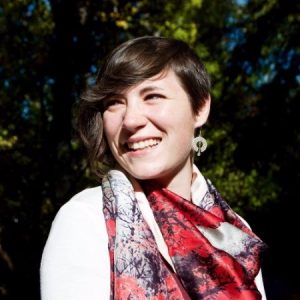 Kayla Bush is a 2013 graduate of Southern Oregon University with degrees in English and Theatre Arts. She taught in China from 2015 – 2016.

Ed Battistella: Tell us about the program you taught in?  How did you find it?  What was the application and training process like?

Kayla Bush: The program I taught in is called EF for English First. It’s an international company with schools in several countries. They have their own teaching books, lesson plans and style already laid out. They are an after school, weekend and summer/winter break type of English school that is an extra addition to a child’s primary schooling. The student range in age as young as 3, up to 18, though the older students are more rare. A family friend had mentioned it to my boyfriend who was looking at working abroad, so he looked into it and found an application online. The application process was simple enough, they required a 4 year degree, but it didn’t have to be in English. They asked for pretty basic information with an attached resume and then it mostly came down to the interview, which was interesting. They send you an excerpt from one of their teaching lessons and ask you to prepare a type of lesson for the interview, which ends up being you pretending your interviewer is a child student, complete roleplay situation. It was a bit awkward and the lesson was out of context, but they give feedback and have you try again adjusting to what advice they gave you.

KB: I’ve always loved traveling, so when the opportunity for this job presented itself I saw it as not only a way to travel and see a part of the world I might not normally, but also a good opportunity to see if teaching was something I was actually interested in.

KB: There was definitely a level of culture shock involved. I’d traveled before, but never to China. I knew ahead of time what type of things to look out for, but I was exposed to quite a bit on my first day. My visa was delayed so I arrived the week after the rest of my group and was thrown in to house hunting and training almost immediately, whereas the others got a bit of sightseeing and cultural introduction. I settled in pretty quickly overall, but did experience some homesickness.

EB: What was the experience of managing a class like?

KB: This was probably the most difficult part for me. I realized it was super important to establish ground rules on day one and not to start out too soft, because if I did the kids would just walk all over me and it could be a real challenge to control. Especially because the classes I taught were after school and weekends, so to the students it’s more like a fun extra curricular than mandatory schooling.

KB: Not specifically. I have some friends that were exchange students, but we didn’t ever talk much about their English learning process. The program I taught with though had everyone take a week long TEFL course before we started at our schools, so we got some training on what to expect and it was tailored specifically to Chinese students and their tendencies.

EB: What was your most surprising experience?

KB: Hmmm… most surprising? Probably the fact that I bought a scooter to ride to work when I didn’t take the subway. I loved it, and it was a lot faster, but like the locals I didn’t wear a helmet and in reflection I’m grateful to have not seriously injured myself. It was a great experience though because scooters are a big part of living in Beijing and I feel like I really got a true Chinese city experience by doing it.

KB: I wish I knew more about the structure of the program I was teaching in and what is was actually like. The videos they sent out weren’t really an accurate representation of the environment. I also wish I knew more about the Chinese business model, their way of achieving success and the expectations in the workplace. Though where I worked had a lot of Western business influence, there was still a very particular way they wanted you to teach your class, the energy you bring to the room and the way you manage a classroom. There were Open Door class at the end of each course where the parents would watch you teach and see their kids speak English. It’s a fun idea for them to see progress, but they also fill out feedback forms for the teacher. In order to move up and be promoted you have peers watch you teach and give you feedback which they give to the Director of Studies who ultimately decides your score, which affects your pay. It was a really interesting system that I had no idea about going in.

EB: How did the experience of teaching abroad influenced your career plans?

KB: So far it hasn’t influenced my career plans much, but it has definitely given me something on my resume that every employer wants to talk about. It doesn’t matter what field the job is in, employers want to know about the experience and what you’ve taken from the experience in terms of cultural awareness, adaptation, diversity and understanding. It’s been a really great tool for me in that regard.

EB: Were you able to learn much Chinese?  Had you studied Chinese before?

KB: I had a friend who lived in Beijing previously and she taught me some key phrases. Otherwise, I didn’t know any Chinese. I’d studied Japanese in school, so I could read a few choice words, but it didn’t help me at all in speaking or listening. Ultimately I didn’t learn as much of the language as I could have, being in an English teaching environment, most of the Chinese local teachers wanted to practice English, my expat friends spoke English and we were told to only speak English in the classroom to create a fully immersive environment. So if you really want to learn the language you have to hire a Chinese tutor and spend the time and money really learning it. Some of the local teachers will agree to be a language partner, but that can be difficult to arrange. I learned enough to travel, eat, get directions and haggle, which was pretty good. I didn’t end up hiring a tutor, but I had friends who did and they learned a lot.

EB: Any suggestions for others considering teaching abroad?

KB: Do it if you can. Don’t believe the stereotypes about how the children of that culture are going to act, because it’s probably not accurate. And really do your research about where you want to go. Make sure it’s a country you will enjoy being in, and a program that makes the process easy for you to get there and live there.