An Interview with Kayla Rapet 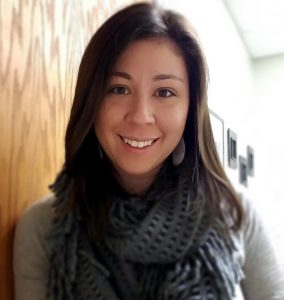 Kayla Rapet, 2012 graduate in English, received her Master’s degree in education in 2015. She is the Minority Outreach Programs Navigator for the SOU School of Education.

Ed Battistella: Tell us about the program you taught in? How did you find it? What was the application and training process like?

Kayla Rapet: My husband and I taught at Avalon Academy in South Korea. We went through Adventure Teaching–a group we would highly recommend. They guided us through each step of the process so that we knew exactly what we were doing from the first day we applied to the day we landed at Busan National Airport.

KR: Well, I learned that I could travel, gain invaluable teaching experience, and earn a salary generous enough to put a dent in my college debt; it’s just such an enticing opportunity. I can see why it’s becoming so popular.

KR: I did. It was subtle, to be honest, but it was present. In fact, I didn’t actually realize that I’d experienced it until I returned home to Oregon. Once I got back into my groove, I remembered what vitality felt like. The thing about culture shock is that it can be really sneaky. For me, everything about my life abroad required effort. I spent so much time processing information that I was constantly worn out. The little everyday things that I took for granted in the U.S. became magnified in a foreign environment. From processing language on street signs and menus to adapting to a new food culture (and thinking about how to communicate clearly and respectfully to strangers, interpreting social experiences with my boss and colleagues, setting up and managing bank accounts, finding clothes in my size, paying bills, grocery shopping, and so much more), you name it–it all required double the energy.

EB: What was the experience of managing a class like?

KR: Being in a hagwon, an academy, is a bit different from mainstream public education. My class sizes were small; sometimes I had classes with only one student. Most of my students came from affluent backgrounds, had parents with high expectations for academic achievement, and had ten to twelve hour days between school, music lessons, English academy, and any other extracurricular activities they were involved in. I found that my students had a lot in common, including their skill levels (as students were placed in courses based on their language needs rather than their ages), which made scaffolding a nearly seamless process.

Overall, my classes were wonderful. My students were curious, silly, witty, endearing, and sometimes even a bit mischievous. I felt pretty lucky to work at Avalon with my particular group of kids and colleagues.

KR: I really didn’t. I had volunteered in an ESL classroom for a few weeks as part of my practicum, but that was about it. My husband and I started an online TEFL program before leaving for Korea. We were able to complete the 300-hour training over a couple of months. The program was really pretty affordable and I felt that I was able to use a lot of what I learned. That’s something else I’d highly recommend.

EB: What was your most surprising experience?

KR: That would probably the day three business men approached me in the street and asked for a hug. I obliged until they asked me to kiss them. It was really quite strange. That being said, it was such an isolated experience (you asked for the most surprising!).

Most favorably, I remember my trip home from our vacation in Seoul. We decided that we wanted to head home on one of the earlier trains, so we asked to switch out our tickets. When the teller said he had a “standing” ticket, I naively thought it meant someone else had cancelled and left the tickets available for next departing train (in retrospect, my interpretation didn’t make a whole lot of sense). I was rudely surprised. We found ourselves literally seatless on the train, standing for five and a half hours. Needless to say, I was extremely put off by the discomfort of it all. So there I sat, grumpy and unappreciative. Eventually I decided to sit on the floor. A few stops later, a team of elderly folks flooded the standing section, squishing me, unapologetically, into a corner. And just as the steam started flowing from my ears, a woman sat down on the floor beside me, smiled kindly, and offered me half of her persimmon. In that tiny moment I was brought back into myself, realizing I had missed the adventure of our adventure. My sense of humor arrived shortly after (and, not surprisingly, I survived).

KR: No, I wouldn’t say so. I’m really glad we went when we did. My husband and I (engaged at the time) were only twenty-three when we left for Korea. I think reaching outside of our comfort zones was one of the greatest gifts we could have given ourselves at that age.

EB: How did the experience of teaching abroad influence your career plans?

KR: Early on, my time in Korea solidified my desire to become a teacher. Then, once I started my graduate studies, those experiences became a reference point that ultimately helped me discover where my strengths and areas of need were. While I did end up changing career paths, I know that, if and when I go back into teaching, my time abroad will provide a solid foundation for further growth.

EB: Were you able to learn much Korean? Had you studied it before?

KR: I am the worst at learning foreign languages. I’m excited by the dynamics of language, the linguistics and the grammar of it all, but my command of any second language I’ve ever studied is pitiful, quite frankly. With the help of a tutor, I was able to learn just enough survival Korean to make everyday life a bit easier. I highly recommend that anyone living abroad learn the primary language of the country in which they live. If you happen to struggle with foreign languages like I do, my best advice is to stumble through it with the best sense of humor that you can muster.

EB: Any suggestions for others considering teaching abroad?

KR: If you do decide to teach abroad, ask lots of questions before you go, while you’re there, and when you return home. Let your curiosity be your guide– and you will never cease to be surprised.