An Interview with Jessica Powers of Catalyst Press 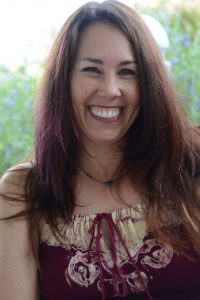 Jessica Powers is the publisher and editor of Catalyst Press, founded in 2017, which seeks “to publish books that reveal the world from different perspectives, tilting or reversing or tweaking our own understanding of what’s real, true, necessary, or beautiful.” She is also the co-founder of Story Press Africa with Jive Media Africa. Jessica is also a publicist for Cinco Puntos Press . She writes under the name J.L. Powers and her author websites include www.jlpowers.net and www.powerssquared.com.

Ed Battistella: This Catalyst Press’s inaugural year. How did your press get started?

Jessica Powers: I’ve worked in publishing for a long time, for Cinco Puntos Press (www.cincopuntos.com), an independent press that operates out of my hometown—El Paso, Texas. I knew I wanted to publish my own “stuff,” so to speak, a long time ago. But I also knew I wanted to write, and I loved African history, so I wasn’t sure how it would all come together, especially when I started a Ph.D. program in African history at Stanford University. Getting a Ph.D. prepares you for one type of career—in academia—and I wasn’t at all sure I wanted that career, but I did love the subject. My first novel, The Confessional, was published two years into the graduate program, and I think that propelled me out of the program faster than any eject button could have done. I realized I couldn’t write the kinds of things I wanted to write and continue in academia, or at least, I couldn’t do it all at the same time. I would have to give up one or the other for a period of time and I simply wasn’t ready to give up writing. So I left academia and started to teach part time and write. Eventually, I realized I wanted to publish too, and because I was obsessed with African literature, I realized that I wanted to publish African writers and/or African-based literature. Also, as I was looking for African-related books for my child (he is turning 7 this fall), I realized anew the absolute dearth of historically-based books for children that deal with Africans’ experience and stories. That got me started on this journey.

EB: Can you tell us a little about your own professional background?

JP: I started out earning a Master of Fine Arts in Creative Writing. I was twenty-five when I graduated, with 3 years of teaching experience, some writing skills, and not a lot of knowledge or life experience with which to offer my books gravitas and real meaning. So I went on to earn a master’s in African history. Then I came back to my hometown in El Paso, Texas, where I worked for Cinco Puntos Press as a publicist. But small presses allow you to do a lot of everything, so one of the things I did there was urge Cinco Puntos to start publishing young adult literature—something they are now renowned for. I continued to teach and eventually left to start a Ph.D. in African History from Stanford. I did not finish that degree because my writing career started and I felt trapped by the expectations of academia. When you have a real passion for research and writing academic articles and books, then those expectations don’t feel like a burden—but for me, they were a burden. I was grateful for my time there and very grateful for the mentors I had, but I felt freed upon leaving—freed to do what I am really called to do in life, which is to write, and also to help others write.

So here I am, cobbling together a living as a writer, publisher, publicist for Cinco Puntos Press, and a teacher. (I teach writing for Skyline College in California’s Bay Area). 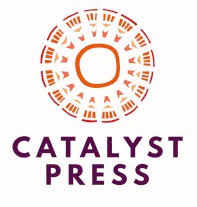 EB: The name Catalyst suggests a particular mission. What’s the intention of “catalyst?”

JP: My passion for books is life-long. When I was a child, and immersed in a world of fear—fear of spiritual entities, demons, Satan, etc.—books were the thing that saved me from both the fear and from losing my mind. They became a lifelong companion. Books are my friends, my mentors, my spiritual advisors and my spiritual practice, my intellectual stimulation, my downtime. I believe strongly in the power of books to change individuals and, by changing individuals, to change communities and institutions and perhaps even nations. So I do see my books as a “catalyst for change,” specifically, change in mindset, values, and understandings of North Americans & Europeans towards Africa and Africans. It is an important part of my mission to publish books that are accessible to Africans and distributed within Africa (or at least, the country where they are set), but my primary purpose, as an American publishing in North America, is to introduce authentic and varied stories of Africa to a public that doesn’t yet understand how important they are. Perhaps more than any other place on earth, Africa has been denigrated and oppressed by western domination—but there is so much more to the continent than that story. I want to open hearts and minds to one of the most beautiful places with the most beautiful people.

EB: Along the same lines, how do you see the role of small independent presses? Are they a catalyst of new ideas and new voices?

JP: I have actually become political speaking out about the importance of small independent presses. So many writers are still oriented towards the so-called “Big 5” of New York publishing—those conglomerates and amalgamations of publishing companies that have coalesced into a small number and which dominate publishing. And I would be hesitant to say that they don’t publish good books because they do! And I am very grateful for the good books they have published and will publish. But much of what they publish carries a sameness to it in look, in vision, in scope, in style, in ideas. And so much of it is pure, utter crap. Certainly, they aren’t out there risking the publishing of truly marginal voices, not until small independent publishers have some success with somebody and then they swoop in, like vultures, and take them away.

All publishers are dominated, to some extent, by the need to be profitable. But small publishers are much more willing to risk our capital on books we believe in, and sometimes we make the choice to take a loss because we realize the book is that important. We have strong ideals and those tend to be more important to us than the possible money we might make (or lose). There are many good people in publishing in New York but they are hampered by the corporate agendas of their overlords—those who actually run the company. A small press doesn’t have those kinds of constraints. At Catalyst, it’s just me and my part-time colleagues. It doesn’t get any more streamlined than that. 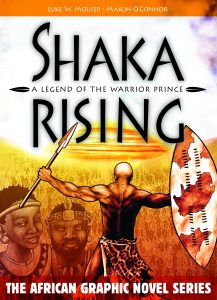 EB: Your debut list features both adult and YA novels focused on Africa. Is that a particular emphasis for Catalyst?

JP: I want to feature voices that have been excluded and marginalized throughout history. I’m starting with African voices and African-based literature because that is a particular love and passion of mine, but I hope to expand in the future to also publish indigenous voices from other parts of the world—First Nations in North America, for example, or Maori writers from New Zealand, etc.

EB: Do you have some favorite African authors?

JP: Yes! I really really love Andrew Brown, a crime writer who also happens to be a part-time police officer and a lawyer in Cape Town. I love his layered, complex plots that reveal a South Africa we don’t often see or expect. He also has a lovely novel set in Rwanda, and a couple of memoirs about the culture of being a police officer. He was an anti-apartheid activist who actually spent time in prison for his activities and he joined the police force in post-apartheid South Africa so that he could effect change from the inside. I love his perspective as an outsider now on the inside, trying to make a difference. He brings that understanding to all of his books.

I also am a big fan of Niq Mhlongo, a novelist who writes about Soweto and who, I’ve heard, has an unusual way of making sure Sowetans have access to his books: by pedaling his books on the streets of Soweto much the same way somebody might sell ice-cream out of mobile freezers in parks and on beaches in the U.S.

And I love love love Sifiso Mzobe’s book Young Blood. It’s an astonishing novel about a young man growing up in a township outside of Durban, South Africa, a township where all the young men learn early the skills of being a car thief.

EB: What do you look for in a book? And in an author?

JP: I look for characters and ideas that touch me, for writing that elevates my spirit, and for plots that I find exciting and compelling. I want to publish and read books that are fast reads, on the one hand, but layered with multiple and complex meanings.

EB: I see that you also have a novel coming out soon called Broken Circle. What’s that about? 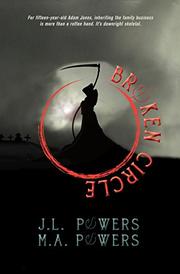 JP: Broken Circle is a young adult novel that explores western culture’s fear of death. It does so in sort of a humorous, dark way. Fifteen-year-old Adam is terrified of dying and believes that his death is imminent. Then he discovers that in fact his father is the Grim Reaper and he’s about to inherit the family business. This astonishes and terrifies him but propels him on a journey that is unlike any you can imagine. Kirkus called it a “gripping philosophical paranormal thriller” and I like that it is both gripping AND philosophical! I co-wrote it with my brother, and we both knew we wanted to think about death, and the ways that Americans avoid thinking about or talking about death—even though it is something we all, eventually, must do. We treat death as a failure, a personal failure—“I didn’t beat cancer” etc—but why is it a failure if it’s something we all eventually do? We are afraid of it. I’m afraid of it. But I want to be less afraid of death and more willing to see change in this world, even if it puts me in personal danger. I want to be fearless. So I’m exploring this fear of death in a novel…..

EB: Thanks for talking with us. Good luck with Catalyst Press.