An Interview with Midge Raymond, author of MY LAST CONTINENT 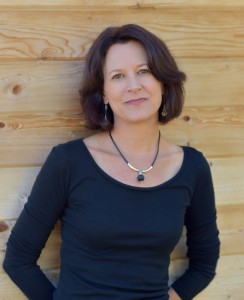 Midge Raymond’s debut novel My Last Continent is just out from Scriber. Karen Joy Fowler, author of We Are All Completely Beside Ourselves, says this: “There is a romance about faraway, desperate places, about isolation, about ice and snow. Add penguins and you have Midge Raymond’s elegant My Last Continent, a love story about the Antarctic and the creatures, humans included, who are at home there. Half adventure, half elegy, and wholly recommended.” Library Journal says it is “Atmospheric and adventurous…the story and vivid writing will keep readers glued to the pages.” And there are rave reviews also from Publishers Weekly and Kirkus Reviews.

Midge Raymond’s writing has appeared in TriQuarterly, American Literary Review, Bellevue Literary Review, the Los Angeles Times magazine, and Poets & Writers and she is the author of several books, including a book of short stories, Forgetting English, that won the Spokane Prize for Short Fiction. She has been an instructor at the Richard Hugo House, San Diego Writers Ink, and Grub Street Writers and has been an Adjunct Professor at Boston University. Midge Raymond is also the co-founder of Ashland Creek Press.

EB: This is a story about life and personal choices, but also a story about the environment and the consequences of eco-tourism. Which idea came first to you, the story of Deb and Keller or the story of the Antarctic? Or is it even possible to separate the two strands of the book?

MR: I wanted to tell a story about the Antarctic, and the character of Deb came to me quickly and clearly as the best way to tell this story. As a character, she is very much a part of Antarctica herself; she is so passionate about the continent and its future, especially the fate of the penguins. So I would agree that it’s not entirely possible to separate these strands of the book — they are all so closely connected.

EB: I thought the story of Deb and Keller was complicated, yet believable despite the unfamiliar settling. As you wrote them, were you thinking about how to make the characters relatable to the reader?

MR: Not at first. In the beginning, I wrote to get to know them, and it wasn’t until much later that I took a step back to imagine how they’d be perceived to readers. And then I worked on them some more. Their relationship is indeed complicated, and, I imagine, not easily understandable for most people. So I had to make sure that I could portray how they came together and how they make such a good fit for each other, despite all the complications.

EB: You tell the story of the shipwreck and the relationship between Deb and Keller non-sequentially. Why did you choose that particular type of narrative?

MR: I wanted to begin the story with the shipwreck — in part because I hoped to create a sense of tension and engagement in the story, which I really enjoy as a reader. I also wanted to create a sense of inevitability surrounding the shipwreck — this part of the story was inspired by the concerns among naturalists about large cruise ships in Antarctica as tourism increases. As I began to reveal Deb’s backstory within this narrative, I decided to separate out these sections so that they wouldn’t bog down the narrative but allow readers to take a step back every once in a while and learn more, then jump back into the drama of the shipwreck as it unfolds.

EB: Can you tell our readers a little more about the title My Last Continent?

Antarctica provides this contrast among the individuals and groups who share the ships headed down to the bottom of the world. For many tourists, Antarctica is their seventh continent, the last place left to see. For shipboard naturalists, including researchers, Antarctica offers a chance not only to do their work but to educate tourists, to make the passengers’ last continent more than just something to check off their lists. For Deb and Keller, the continent is their last in the sense that it’s the only place they can truly be themselves, both alone and with each other. So I wanted a title that encompassed many of the themes of the novel, and also one that I hope will be intriguing to readers.

EB: How did you first get interested in the Antarctic and its wildlife? 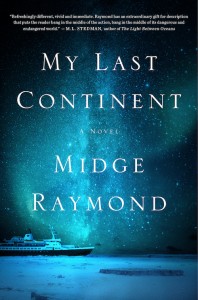 MR: I had the opportunity to visit Antarctica in 2004, on a small expedition boat much like the Cormorant in the novel, and I became fascinated by the wildlife, particularly the penguins and the people who dedicate their lives to studying them. I learned a great deal about the Adélie, chinstrap, gentoo, and emperor penguins while I was in Antarctica, and two years after that trip, I had the opportunity to volunteer for a penguin census with Dee Boersma of the University of Washington, at the Punta Tombo colony in Argentina, which Dee has been studying for thirty years. This experience gave me insights into a new species — the Magellanic penguin — as well as into the lives of scientists, which was very helpful in imagining and writing the novel. And most of all, I became even more passionate about these birds and their fate in a world that is changing around them so rapidly.

EB: What was the research like for this book? Did you have to consult a lot of experts on the environment, maritime disasters and wildlife?

MR: Much of the novel was based on my own experience in Antarctica and from volunteering at the Punta Tombo colony. But of course, I also had to do a lot of additional research, including reading books and watching documentaries. I was working on the novel when the Costa Concordia ran aground in 2012, and all the news surrounding this accident provided a lot of information about maritime disasters.

EB: Coincidentally, or not, it’s the 100th anniversary of Ernest Shackleton’s Trans-Antarctica expedition. Was that an influence at all?

MR: Absolutely. I’m fascinated by Shackleton’s story, and it inspired me a great deal because it’s not only a tale of the wild and unpredictable Southern Ocean, but also of the resourcefulness and good luck it takes to get out of such situations. He’s an inspiring figure, but I’m also intrigued by the ones who weren’t so lucky — Robert Falcon Scott and his party, for example — because one thing that becomes obvious when you read about explorers is how quickly things can turn around in Antarctica. We are all at the mercy of nature when we’re there, whether today or 100 years ago.

EB: I couldn’t help but read the story of the tourists Kate and Richard as a parallel to Deb and Keller’s story. Any thoughts on this?

MR: I did, in fact, want Richard and Kate to be a parallel for Deb and Keller in the story; as a married couple, they are more domestic and their lives are more settled than the lives of Deb and Keller, who travel to the bottom of the world and only see each other a few times a year. However, as she gets to know Kate, Deb finds similarities in the two relationships and begins to appreciate both the simplicities and complexities of love, no matter what the circumstances. And of course, for Deb and Keller, the continent itself is a big part of who they are as a couple, so in a way, Antarctica is like a third party in their relationship, creating something of a love triangle.

EB: Can you tell us some of your literary influences? Who do you read?

MR: Over the years, I’ve become much more interested in environmental issues, so I have a few favorites when it comes to the environment and animal protection: Karen Joy Fowler’s novel We Are All Completely Beside Ourselves, Ann Pancake’s Strange As This Weather Has Been, and Barbara Kingsolver’s Flight Behavior, among others. I also read just about everything by Lionel Shriver and Ann Patchett, whose work I really admire.

EB: Thanks for talking with us. I really enjoyed My Last Continent.