An Interview with Lisa Sandlin

Posted on November 3, 2015 by Ed Battistella 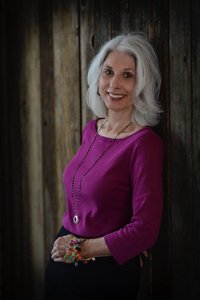 Lisa Sandlin was born in Beaumont, Texas, and grew up in oil-refinery air, sixty miles from the Gulf of Mexico. She raised a son in Santa Fe, New Mexico, then moved to Nebraska where’s she has taught for the better part of twenty years.

Her work has earned an NEA Fellowship, a Dobie Paisano Fellowship, a Pushcart Prize, the Jesse Jones Award from the Texas Institute of Letters, story-of-the-year awards from Shenandoah, Southwest Review, and Crazy Horse. Her story collections are The Famous Thing About Death, Message to the Nurse of Dreams, In the River Province, and You Who Make the Sky Bend . The Do-Right, her first novel, has received starred reviews from Publishers Weekly and Kirkus, and Johnny Temple, the editor of USA Noir had this to say ““Thomas Phelan and Delpha Wade are unforgettable characters as gritty as the ramshackle office they inhabit. But their grit has soul, and plenty of it.”

We sat down to talk about The Do-Right.

EB: Delpha Wade spent fourteen years for in prison for killing a man who raped her and is starting a new life. Tom Phelan is a Vietnam veteran and neophyte detective looking for a secretary. As they each rebuild their lives, they solve a series of unusual cases in Beaumont, Texas, in 1973. How did you come up with the idea for this novel?

LS: I didn’t get my first tenure-track academic job until I was 45. I sent stacks of applications, bought a $300 gray flannel biz-suit, went to MLA conferences waiting for interviews in hotel rooms (sounds racy, doesn’t it? It isn’t.), and continued to work adjunct for $10K a year. Under-employment became such an issue that frustration sank in deeply. In writing, I follow where my subconscious leads, and clearly it had a lot to say about joblessness and starting over—because both characters aim to build a new life, and they carry differing amounts of anxiety about being able to do so.

EB: Tell us about the title. Why The Do-Right?

LS: That’s a colloquialism meaning “jail” or “prison” that I heard from my friend, a witty deputy sheriff in Georgia; as in “We sent him to the do-right.” (He also informed me about the designation “ticket-proof,” which he was—and that he owns only 12 guns because “more are gratuitous.”) Delpha’s served 14 years in prison. But now, on the outside, she’s wrestling with doing right according to her own lights. She carries hatred and resentment against those who hurt her, and she doesn’t necessarily buy the forgiveness-and-closure prescription.

EB: I confess that I had never thought of the 1970s as a noirish time, but you made it seem as gritty and foreign to me as the depression era. What prompted you to set the story in that decade?

LS: Simply, because I was young then, and I wanted the energy of youth. But thirtyish youth, not crazy-head teenage or blithe 20 year-old youth. Though I was raised white collar—my dad was a chemical engineer with Mobil Oil—once I was in college and after, I spent twenty years not even within spitting distance of that economic level. Memorable lines from those years piled up. Asked about a dramatic scar on his throat that descends onto his chest, a young kitchen worker points out quietly, “It all on my forward side.”

EB: Does the feel of crime change, decade by decade? 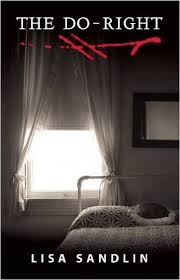 LS: It changes writer by writer. Agatha Christie had to use the drawing room settings and social classes she knew. Dashiell Hammett portrayed the private eye / Pinkerton man cleaning up whole corrupt towns. (Watch how he kills characters; everyone gets a unique death description). Raymond Chandler, famously, gave us a dark and lush L.A. and shady people, rich and non-rich alike. Mario Puzo stunned the public with Mafia ruthlessness. Walter Mosley’s Easy Rawlins not only solves mysterious crimes but also negotiates post-WWII America as a black man and a real estate owner on the down low. Dennis Lehane describes awful crimes that we all know happen, whose victims may find no help or redemption. Maybe it’s that some crimes, because of memorable perpetrators, seem to belong more to one decade than to another. Bankrobbing, Bonnie and Clyde, the 30s. Home invasion, Starkweather, the Manson Family, 50s and 60s. Heroin in Harlem, the 50s on. Drugs, 60s on. Murder, timeless. Alas.

EB: What sort of research did the novel require—about the 1970s, prison life, the detective trade, Beaumont, Texas, …

LS: I have a book on the detective trade, I read some library books on prison life. As far as Beaumont and the 1970s, I just had to double check geography, history, and phrases as I went along, since I had life experience there. (For instance, I asked a group of FB friends my age: Do you remember using the expression “Eat s*** and die” back in the 70s? One man answered that he had that on his helmet in Vietnam.) However, a whole lot of The Do-Right’s material is pure imagination, and the book probably has some howlers, to those in the know.

EB: There are two main characters in The Do-Right. Which one was tougher for you to write?

LS: Phelan, since he’s male. I have a mainline to Delpha.

EB: The relationship between Delpha and Isaac seemed important to her, to him and to his mother, and it seemed to fit the plot and character well. What prompted you to include that?

LS: Good question. After the isolation of prison, the dearth of choices, Delpha would be longing for some touch. I didn’t believe she’d choose a man who’d want to order her around or who’d put her into a public, complicated (to her) social environment that would require her to interact with lots of new people. Isaac doesn’t challenge her in these ways, and he himself has a need that speaks to hers.

EB: You have written award-winning short stories in the past. How is a novel different?

LS: So much more shape to keep in your head. I literally resorted to 3 x 5 cards to shuffle and sort scenes, though there’s a program that does this for you. You have to worry about the dead accidentally springing back to life. Yikes! You have to worry about scenes that cannot be consecutive because they don’t follow emotionally. There’s a time-passing aspect for the characters that has to be matched with real-life events such as Watergate and Hank Aaron’s homerun count and with fictional events.

EB: Will we see more of Miss Wade and Mr. Phelan?

LS: I’m working on that!

LS: I’m so happy for your interest. Thank you, Ed.