An Interview with Mary Norris 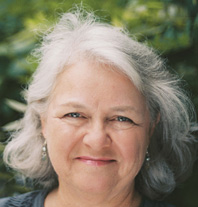 Mary Norris began working at The New Yorker in 1978. She has written for The Talk of the Town and for newyorker.com on a wide range of topics and recently published Between You & Me: Confessions of a Comma Queen (Norton).

Originally from Cleveland, she now lives in New York.

EB: I really enjoyed Between You & Me and loved the way you were able to bring drama not just to the work of copy editing but to the English language itself. All my copyeditor friends are reading it. What prompted you to write the book?

MN: That’s so nice! Thank you. The original impetus for the book was a blog post defending New Yorker commas that I was asked to write for The New Yorker’s Web site. I’d been writing for decades, and this post, In Defense of Nutty Commas, got the largest readership I ever had. So I wrote about other facets of New Yorker style (the diaeresis, doubled consonants), and about pencils, and the response was such that it occurred to me that there might be some interest in a book on the subject. The subject itself—language, really—had never drawn me before, but, with some thirty years of copy-editing experience, I found I had a lot to say and that I held strong opinions.

EB: It occurs to me that you must have had to be extra careful proofing the book. Did you worry about that at all?

MN: Oh, yeah. The publisher provided a copyeditor, I read the proofs three times, my boss at the magazine read the proofs, a production editor read them, and still mistakes snuck in. In retrospect, I wish I had hired a fact checker.

EB: Copyeditors are a special breed. What sort of person is attracted to the work? And do you find yourself editing things in your time off? I know one copyeditor who mentally rewrites billboards.

MN: There is no denying that attention to detail is an asset in a copy editor. So I would say that it attracts fussbudgets and neatniks. But, beyond being detail-oriented, a copy editor is someone who loves words and has a good facility with them, whether it’s for foreign languages or crossword puzzles. Some can’t turn it off and mark the mistakes in everything they read. I have learned to let go. It’s not that I don’t notice mistakes or odd choices in punctuation—I just don’t correct them.

EB: You talk about some of the great reference books that copyeditors use. Do you have a top three?

MN: Are you counting dictionaries? Because that’s the top reference: the Merriam-Webster Collegiate Dictionary, or the online version of the unabridged dictionary, which is available by subscription. (There’s a free one, too, but it has ads.) For basic grammar and typography, Words Into Type has everything you need. And if you want to go deep into the usage wars, Garner’s Modern American Usage will keep you occupied. It’s more accessible (and American) than Fowler’s.

EB: And what do you read for fun?

MN: Fowler’s! Seriously, I can’t stop buying usage guides. I like things that are funny—one of my favorite books is John Kennedy O’Toole’s A Confederacy of Dunces. I liked Lucky Jim, by Kingsley Amis. The best writers have a deep vein of humor running through everything they write. Ian Frazier is funny, and so is John McPhee. I like Patrick Leigh Fermor, who wrote about travel in Greece and Eastern Europe—I find him transporting. I have a huge collection of books about the sea and about ancient Greece that I am saving to read in retirement.

EB: You seem to have a very sensible attitude about the flexibility and fluidity of language. Do copyeditors get a bad rap among the general public?

MN: Yes, there are some rigid types, some who are very literal-minded (I am like that myself—it’s an occupational hazard). I have friends who are copyeditors manquées or wannabe copyeditors, and they cannot resist pointing out my mistakes. It is not an endearing trait, and I have made an effort not to cultivate it. If I am flexible, it’s largely because I’m a writer myself, and I try to give the writer the benefit of the doubt. 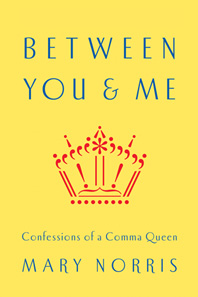 MN: I’m glad you liked the hyphen chapter. I was surprised, in the end, to feel that it is the heart of the book—maybe because compounding depends more on judgment than on rules. I like the dash myself. It’s versatile—you can write a whole sentence within a sentence if you set it off in dashes—and eloquent, and it works well in informal prose—letters, e-mails. The ellipsis is growing on me . . .

EB: What’s up with The New Yorker and colons, by the way? I often see them where I might expect a semicolon.

MN: That’s something I’m not aware of—or wasn’t until you pointed it out. I think there are too many semicolons in The New Yorker. There certainly are instances where I vacillate between a semicolon and a colon, but I think if I wasn’t sure I’d use the semicolon. Either one could be replaced by a dash!

EB: If there was one thing you could change about the English language, what would it be?

MN: I think I’d go back to thou and thee. Wouldn’t that be nice, to have a special word to use in a tender relationship? When I speak Italian (which I don’t do very well), I never use the formal “you”—I address everyone in the familiar. Italians are very nice about it.

EB: Any advice for today’s English majors who aspire to copyediting?

MN: I would say pay attention to the details in everything you read, just to see how various publishers do things. Stay flexible—if you get a job in Canada or in the United Kingdom, you’re going to have to accept their conventions. You don’t need to be dogmatic about a house style outside the house. Give the writer the benefit of the doubt. And try to keep the big picture in mind. I say this because I have been warped by years of copy editing and have a habit of focussing on the details without being able to discern the larger pattern.

EB: Finally, any predictions about the longevity of the diaeresis?

MN: It’s lasted this long! I would say that when the current generation of copy editors passes away—the baby boomers—the diaeresis will melt into the past, and nobody will even notice that it’s gone.

MN: My pleasure. Thank you!

Edwin Battistella’s latest book Dangerous Crooked Scoundrels was released by Oxford University Press in March of 2020.
View all posts by Ed Battistella →
This entry was posted in Interviews, Language, What People Are Reading. Bookmark the permalink.