An Interview with Alice Hardesty 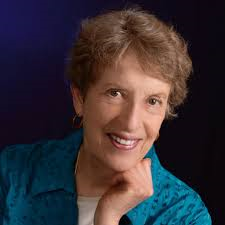 Alice Hardesty is a poet and social activist living in Portland.

She has a BA in religion from American University, a master’s degree in deaf education from Gallaudet University, and a Ph.D. in audiology from the University of Maryland. She makes her home in Portland.

Alice and her late husband Jack Hardesty lived in Ashland for many years, where they both served on the city council. We talked about her recent book, An Uncommon Cancer Journey: The Cosmic Kick That Healed Our Lives, the story of Jack Hardesty’s amazing cancer recovery.

EB: What motivated you to write the book? Had you been thinking about doing this for a long time?

AH: I thought about writing a book like this back in the early 1990s, not long after Jack was completely well. Actually, my first thoughts were to write something to help spouses and other caregivers of cancer patients. But my busy consulting practice and natural tendencies toward procrastination got in the way. Then, after taking a couple of writing classes from Oregon poet and memoirist Judith Barrington, it became clear that the memoir was the way to go. It’s really an adventure story, with cancer, healing, travel, marriage, art, food, and psychic experiences all thrown in.

EB: You talk about cancer as “the cosmic kick that healed our lives”? What do you mean by that? You are not talking about a cure for cancer.

AH: Certainly not a cure for cancer, but I think a better word is healing. The cosmic kick is how Jack expressed his gratitude for the cancer. He called it his “Cosmic kick in the ass.” I know it sounds outrageous that anyone would talk about cancer with gratitude, but Jack knew that it enabled him to wake up, face his demons, and change his life. Nowadays people talk about “post-traumatic growth,” in which the trauma can be very positive if people are willing to learn from it.

This “cosmic kick” was beneficial for me as well since I learned a lot from the many healing experiences we shared, especially from the intensive psychotherapy. I doubt if our marriage would have survived if we hadn’t had that kind of help, and I doubt if we would have undergone that kind of rigorous therapy together if the cancer hadn’t pushed us into it.

EB: It seems that there are four main characters in the book: you and Jack, your marriage and his cancer. Which was the hardest character to write and which was the easiest? 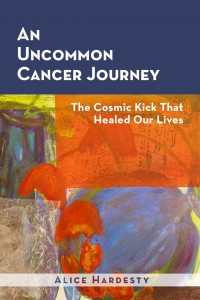 AH: Good question — I had to ponder it. I think the hardest character was the marriage and the easiest one was the cancer. The cancer was in the form of a stubborn tumor, which grew and shrank in response to treatment, then grew and shrank again, and finally disappeared. Each time it came back, it was another “cosmic kick,” as if it was telling Jack, “You didn’t get it the first time, dude? Well, then we’re going to have to kick you again!”

The marriage was a character that insisted on my attention. In fact, the marriage was often in my face when I wanted to write about something else, but I felt that ignoring it would be less than authentic. This is perhaps why I procrastinated for such a long time.

EB: During this journey, you and Jack experienced American and European medical treatments, counseling, and alternative therapies as well. What conclusions come to mind about the various approaches?

AH: Until fairly recently, the only approach to cancer treatment in the U.S. has been chemotherapy, surgery, and radiation —i.e. poison it, dig it out, and zap it completely or the damned thing will grow back. The European treatment Jack received a the Janker Klink in Bonn was basically the same approach, but with different chemicals and the addition of ultra-sound therapy, which was experimental at the time. Neither of these treatments worked, although Jack felt very strongly that they bought him time, after which he could try the many gentler approaches we found out about. Although both of us were turned off to conventional medicine for quite a while, we eventually returned once we found holistic doctors. But in the 1980s it was either one or the other — conventional or alternative.

I am very pleased that most big cancer centers now offer complementary approaches as well as the traditional ones and encourage their patients to try healing methods like acupuncture, meditation, nutrition, exercise, and, most importantly, counseling. Although some doctors refer to the “spiritual” aspect, they usually stop there. They would still be amazed and most likely skeptical about the extraordinary encounters that Jack and I had, although these experiences may have been critical to Jack’s healing. The fact that Jack labeled the cancer’s kick “Cosmic” attests to his belief that both the cancer and his healing were somehow related to a transcendent grace. I share that belief.

EB: I always enjoyed working with Jack and was impressed with the way you captured his voice. Did that come easily or did it require several tries to get right? In other words, was Jack an easy character to write? 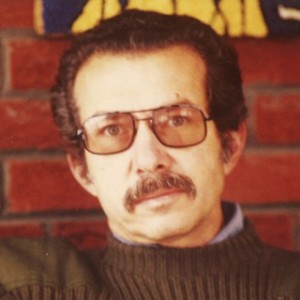 AH: Jack’s voice was pretty easy to capture since I know it so well and it stays with me. I didn’t use as much dialogue in the early drafts, but once I started adding dialogue, his voice appeared naturally. I would say he was an easy character to write, and I enjoyed having him with me during the process of writing and editing. The exception was certain parts of the story involving alcohol, which were difficult to write.

EB: You have also written technical materials and poetry. How is memoir writing different?

AH: Memoir writing is very different and my editors helped me in that regard. My technical writing is dryer, more careful, with longer sentences, no setting of scenes, and no dialogue. The memoir is also careful, but in a different way. I was careful to provide historical and factual accuracy, but the thread of the story and the development of the characters was my main interest. Poetry is a different animal altogether because of the use of metaphor and flights of imagination. However, I can see certain similarities between all three. My style has always been rather spare. I don’t indulge in techno-speak, and I don’t write long, obscure poems. I’ve always liked clarity and that goes for the memoir as well. I don’t get wordy.

EB: Tell us a bit about Bacho Press?

AH: Once I finally had a draft of the memoir I decided to self-publish rather than go through the hassle of finding an agent and a commercial publisher. Since this was my first book (other than technical monographs and reports) I didn’t have a reputation as a writer. Also, my editor told me that self-publishing was easier and more satisfactory than it used to be. Currently, more books are published by individual authors than by commercial houses.

So I used CreateSpace, which does a nice job and is easy to work with. Then I found out that I could name my own publishing company whatever I wanted to, and who could be more deserving than my dog, Bacho! (His name is pronounced like the composer with an “o” on the end.) Bacho has had a cancer challenge of his own, is now completely healed (although minus one eye), and is a living, breathing example of the lust for life. It also happened that no one had claimed bachopress.com as a domain name, so we grabbed it.
The next publication from Bacho Press will probably be a chap-book of haiku called “Walking with Bacho,” in the tradition of the old haiku master Matsuo Bashō. In the mean time, I hope people will subscribe to my newsletter through Bacho Press to follow my blogs on various aspects of healing.