An interview with M. J. Daspit 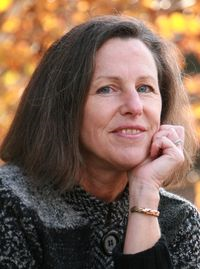 She was born in Princeton, New Jersey, graduated from Cornell University and worked as the managing editor for The Writings of Henry D. Thoreau in association with Princeton University Press. Afterwards, she joined the Navy and served in the antisubmarine SOSUS community and the Navy Recruiting Command. Her Navy service included two tours in Monterey. She is the author of Rogue Valley Wine, coauthored with winemaker Eric Weisinger (Arcadia Publishing, 2011), and she is working a forthcoming collection of short stories, The Little Red Book of Holiday Homicides.

M. J. Daspit and her husband, Gary Greksouk, live in Ashland. We sat down t talk about Lucy Lied.

EB: How did you come up with the idea for Lucy Lied?

MJD: During my career in the Navy I had two tours of duty in Monterey and fell in love with its natural beauty. I soaked up some of its Alta California history and stumbled across the story of Matt Tarpy, the last man lynched in the county. It was that tale of vigilante justice that started me plotting. Somehow I wanted there to be more to the story than just a dispute over land that resulted in this man’s shooting his neighbor’s wife and being hanged for it. I reverse engineered the lynching story as one thread of a plot binding together three main characters involved in the proverbial love triangle.

EB: The title is Lucy Lied. But Lucy doesn’t speak so can you elaborate a bit on how she lied?

MJD: Readers will find that the title is ironic, because all the characters in this story lie, but only Lucy is called out for it. Her lie is a key issue in the unfolding of the plot, so I won’t say more for fear of spoiling the impact for people who haven’t read the book yet.

MJD: That’s a wonderful compliment coming from a scholar of language. I used as much primary source material as I could find, chiefly microfilms of the Monterey newspapers going back as far as 1874. These are available at the Monterey Public Library. The flavor of the news writing helped me develop an ear for the speech of that time. The ads, editorials and news pieces helped me put authentic topics of conversation into my scenes. I also read Robert Louis Stevenson’s book about Monterey titled The Old Pacific Capital, which he wrote based on his sojourn of several months there starting in 1879.

EB: This seems to me to be very much a character-driven story. Could you imagine writing this set in the present day? 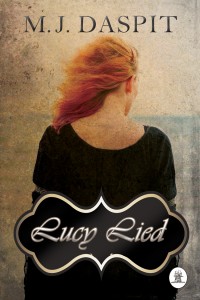 MJD: I think of Lucy’s situation as a victim of domestic abuse as being readily translatable to the present. You need look no further than the scandal swirling around NFL player Ray Rice’s treatment of his fiancée, now wife, Janay Palmer to realize that her plight has been played out continuously from Lucy’s era up to modern times. Doc’s psychology, that of a man who never felt loved by his mother and develops a deep-seated misogyny as a result, is also still with us. Clancy, as the hero of the piece who does an unpopular job and earns the animosity of many townsfolk, is the classic Gary Cooper type. I think if he could be found in our day he would be employed by a rapacious mergers and acquisitions firm. He’d be blamed for laying off lots of employees in acquired companies, but behind the scenes would actually be cutting the best deals possible for their severance packages. He’d be the fall guy for some criminal corporate malfeasance. Yes, it could definitely work.

EB: You include a lot of interesting period history in the book—Chinese culture, the bigotry against the Chinese, legal issues, faith healing, medicine, 19th century superstition, and more. It must have been quite a research process. Can you tell us a bit about that?

MJD: I got just about all of my information about the Chinese in Monterey from a terrific history, Chinese Gold by Sandy Lydon (Capitola Book Company, 1985). The sources for information on nineteenth century medicine are numerous: books accessed through the medical library at the University of California, San Diego; articles available online; and the direct help of Dr. Terry Reimer, Director of Research at the National Museum of Civil War Medicine. The Kings County, CA web site has detailed information on the conflict between grangers and the Southern Pacific Railroad that culminated in the Mussel Slough Incident. The thing about research, as you know, is that one source leads you to another and on to another, so it’s like wandering through a fantastic garden without a map. Great fun.

EB: There is a love triangle among Matt Clancy, the eviction agent, Jason Garrett, the doctor, and Lucy Talbott, the widow of the murdered man. Did you have a favorite character as a writer?

MJD: I loved writing Doc because his psychology is so complex. On the surface he’s a witty, likable fellow but under the skin he’s stone cold, petty and without any sympathy for his fellow man. I tried with all of the characters to set up ironies that would keep them from being stereotypes. Doc is supposed to be a healer, but doesn’t quail at murder. The buddy banter between Doc and his boon companion artist Adrian Fiske humanizes him, but his treatment of women is at odds with his amiable side. As the villain of the piece he had to be the equal opposite of Clancy, so he had to have his own powers of attraction and the ability to act decisively. He was a creative challenge.

EB: What was the most challenging thing about writing the book?

MJD: The ending. Without a doubt. Again, I don’t want to give away the climax, but I will say that doing what I did to Clancy broke my heart.

EB: Can you tell us about your next project?

MJD: I’m gearing up to write a sequel to Lucy Lied, one that reveals where our redhead washes up and leads on to a happy ending.