Amy MacLennan’s Things to do this Poetry Month

Amy MacLennan’s has put together a great list of readings to help you celebrate National Poetry Month. Thanks, Amy.

** Last Illahe Event of the Season!! 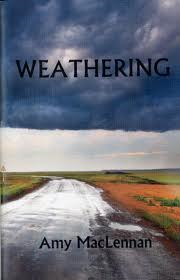 Amy MacLennan makes her home in Oregon’s Rogue Valley. She is the author of two chapbooks, Weathering (Uttered Chaos Press, 2012) and The Fragile Day (Spire Press, 2011), and many other terrific poems.

Edwin Battistella’s latest book Dangerous Crooked Scoundrels will be released by Oxford University Press in March of 2020.
View all posts by Ed Battistella →
This entry was posted in Literary Events in Southern Oregon. Bookmark the permalink.