An Interview with Heather Arndt Anderson 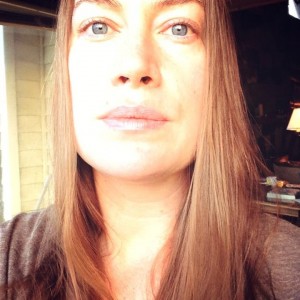 Portland-based Heather Arndt Anderson is the author of Breakfast: A History (Baltimore: Rowman & Littlefield Studies in Food and Gastronomy, 2013) and wrote the Pacific Northwest chapter in the 4-volume Food Cultures of the World Encyclopedia (Westport, CT: Greenwood Press, 2011). Her recipes have been published in the cookbook One Big Table: 600 Recipes from the Nation’s Best Home Cooks, Farmers, Fishermen, Pit-Masters, and Chefs, and she is a contributing writer to the magazines The Farmer General and Remedy Quarterly.

EB: Your book is part of the “meals series” by Alta Mira Press. What’s the meals series?

HA: It is exactly what it sounds like: a series of single-topic books about the meals. The series includes the Big Three (Breakfast, Lunch and Dinner), but will also feature Picnic, Brunch and Barbecue. Obviously, Breakfast is the most important meal so it came first.

EB: In you book you mention that breakfast was stigmatized for quite some time. Why was that?

HA: Breakfast had been attached to a form of gluttony identified by the 13th-century Dominican priest Thomas Aquinas. He attributed the meal to praepropere, or “eating too soon.” It was assumed that if one needed to eat breakfast, one likely had other lusty appetites as well. In the medieval era, it was understood that the only people who needed to eat breakfast were children, the elderly and infirm, or worse: the laboring poor. 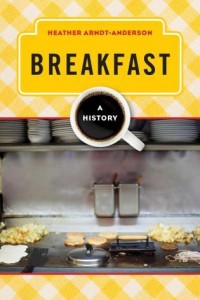 EB: What was the importance of the industrial revolution in changing the way we ate—and understood—breakfast?

HA: For the first time, breakfast foods could be eaten far from their point of origin. Goods could be shipped by train after the Transcontinental Railroad was built, making foods that had previously been only enjoyed by the wealthiest members of society available to everyone. The rising middle class had disposable money for things like coffee and tea, and technological advances in the kitchen meant that average housewives could accomplish foods like toast and waffles without kitchen staff.

EB: Breakfast seems to be done differently by different cultures and different subcultures. What are some of the extremes?

HA: I think the kaiseki breakfasts of Japan riokan (rural inns) are some of the most intricate meals one could ever experience. Imagine an endless parade of tiny, immaculate dishes that perfectly exemplify the region and season. Because they work so hard, the Amish of Pennsylvania enjoy a similarly staggering array of foods, but the volume is much greater: fried eggs and potatoes, biscuits with sausage gravy, apple pie, oatmeal, pancakes, homemade sausage and bacon, liverwurst (among other pork by-products), all washed down with coffee.

EB: Breakfast has always seemed to me to be associated with conversation—even more so that dinner. Did you find that also?

HA: I find the opposite true, actually. Nothing has yet happened in the day to talk about. And I usually eat my breakfast alone, after my husband and son are gone for the day.

HA: Not really; breakfast sandwiches were popular in the mid-1800s in England. Workers in London would grab a ’bacon- or sausage-filled bread roll called a ‘bap’ on the way to work, and stalls even sold coffee. You’d stand there, drink you coffee, and then hand the mug back to the stall owner.

EB: You have a chapter on the art and culture. How is breakfast part of popular culture?

HA: Breakfast is used metaphorically in a number of ways, but most of these pertain to normalcy. Breakfast is the normalcy from which a character can deviate, or it can be used to set the stage for an episode’s conflict (which is conveniently resolved at the dinner table). Because it’s the first meal of the day it can easily be used to convey a sense of new beginnings. The choices a character makes at breakfast are used to define that character’s very being: a man’s red-blooded simplicity is exemplified by his selection of bacon and eggs with black coffee, as is a woman’s daintiness by her toast and grapefruit half. Breakfast has also been used to signify sexual encounters; in the early days of film and television, when censorship was stronger, a breakfast scene could be a coy intimation that a couple had been intimate the night before.

EB: What’s the history of brunch? Or is that a separate book?

HA: That’s a separate book! Although the history isn’t as long, it features more booze, so there’s that.