An Interview with Hester Kaplan, author of THE TELL 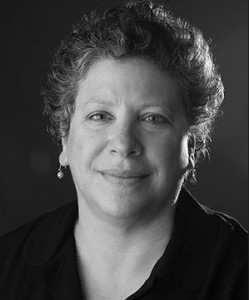 Author Hester Kaplan’s latest book is THE TELL (HarperCollins 2013), a story of marriage, relationships, compulsion and culture. It’s the story of Mira and Owen, a couple whose marriage begins to founder after a charming former TV star named Wilton Deere buys the house next door to be near his estranged daughter Anya. Mira begins to accompany Wilton to a nearby casino and is increasingly drawn to the slot machines, as Owen struggles with his own career and past.

Hester Kaplan’s previous books are THE EDGE OF MARRIAGE (1999) which won the Flannery O’Connor Award for Short Fiction, and KINSHIP THEORY (2001). Her work has appeared in The Best American Short Stories series (1998, 1999), Ploughshares, Agni Review, Southwest Review, Story, Glimmer Train, and other journals.

Kaplan teaches in Lesley University’s MFA Program in Creative Writing and her work has been recognized with the Salamander Fiction Prize, the McGinness-Ritchie Award for Non-Fiction, and a fellowship from the National Endowment for the Arts. She lives in Providence, Rhode Island.

EB: The title of your book seems to involve some wordplay. What did you have in mind?

HK: I think we all have a “tell,” that little tic or gesture we make that gives us away when we’re evading or not telling the truth. We read each other’s tells, even if we’re not aware of doing it.

“Tell” is a term I first heard used at a poker table, so I thought it was appropriate. (A tell, interestingly enough, is also a ancient garbage heap.)

EB: Water plays a big role in the story—Owen’s a swimmer and his father lives on a lake. It seems like the characters are drowning?

HK: I’m most content when I’m in the water, and while I’m a strong swimmer, I’m also a little afraid of the water. Owen and his father share a love of the water—ocean, pond, pool—as well as the knowledge that it can be dangerous. Owen particularly may feel like he’s drowning at times, but he has the power to swim to shore.

EB: I was pondering the idea that middle school was a type of casino. This is a novel about compulsion. Mira’s addiction to the casino, Wilton’s home shopping. Is Owen addicted to teaching?

HK: Owen is a dedicated teacher, but deeply ambivalent about his role and value in the classroom. If an addiction is about compulsive and self-destructive behaviors, then Owen is no addict. He might be hampered by fear and his ability to not see the truth in front of him, but these failings are within his control. Ultimately, his understanding this allows him to see his wife clearly. 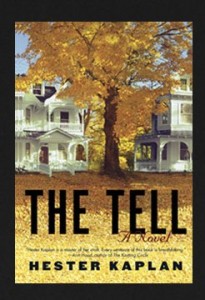 EB: Wilton and Mira both have their tells. What was Owen’s, do you think?

HK: This is a great question. Owen is so hard to decipher, even for me. He’s a million little tells rolled up into one very tall and very enigmatic guy. He doesn’t want to be known by anyone.

EB: Did you have a favorite among the characters in the book?

HK: I love Edward. He’s straightforward, able to express what he’s feeling, and so hopeful about life. He’s careful, yet open to everything new. And he loves cats.

EB: You studied anthropology in college, not creative writing. Has that perspective helped you as a novelist? Your work seems to especially catch small details of place and culture and language, like the description of the Rhode Island accent as “bright melted plastic.”

HK: I did study anthropology in college, but I think I was really just a snoop—and still am. And I always feel a little bit on the outside of things, looking in. My nosiness about how other people live—what you kindly call my attention to details of place and culture—is what fuels my fiction. I want to see what someone else sees when she wakes up in the morning. I want to hear how she talks to her dog, her children, the woman who serves her coffee. I want to know if she stops and smells the lilacs.

EB: You also seem fascinated by architecture. What do houses tell us about ourselves? Or are they part of our compulsion? Mira seems attached to her house.

HK: Mira is attached to her house because it is attached to her. It follows her everywhere she goes and often drags her down. But it’s a magnificent place—in my mind, at least—full of rooms that still hold life in memories for her. It’s how we choose to live in our house, apartment, shack, or mansion that reveals how we want to live in the world and how we want the world to see us. Providence is full of amazing architecture, so taking a walk in my city is like listening to a thousand stories.

EB: Marriage and relationships are an ongoing theme in your books. In this book it seems that things are getting in the way of relationships? Is that what you had in mind?

HK: I’ve been married for a long time, but marriage is still a mystery to me, as it seems to be for Wilton. Each marriage is different, with its own private dynamic and rules. How is it that some marriages last and others don’t? The husband and wife in my novel hide their wounds from each other, which means they’re easy to hurt, but hard to heal.

EB: You are teacher as well as a writer. What’s your life like?

HK: I have a couple of teaching jobs, as so many of the writers I know do. I love teaching, love my students, and am enormously proud of them and their discoveries. I try to write every day, to keep my head in the story or novel I’m working on. I talk to the cats, but they don’t have any writing advice for me. I am married to a writer, so we edit each other’s work and talk about what we’re reading. Then we watch movies.

EB: Can you tell us about any upcoming writing projects? What are you working on?

HK: I’m working on a long piece of non-fiction about houses—and about the house I grew up in with two parents who were writers.

EB: You’ve established a reputation as both a short story writer and a novelist? How are those different? Which do you prefer?