An Interview with Dr. Diana Maltz 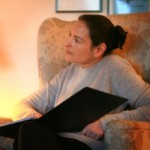 Dr. Diana Maltz is a specialist in late-Victorian literature and culture.  She has been a professor at SOU since 1999 and is current Chair of the Language, Literature, and Philosophy Department. She received her BA in Literature and History from Bennington College, and both her MA and PhD in English from Stanford University. In addition to her book, British Aestheticism and the Urban Working Classes: Beauty for the People, 1870-1914 (2006), Dr. Maltz has published in a variety of professional journals and essay collections (9 articles and 11 essays). Her articles on Victorian counterculture have appeared in Victorian Literature and Culture and Journal of Victorian Culture.

We began our conversation by discussing the differences between academic publishing and other genres of publishing. The academic world has its own sub-cultures of writings and a specific publisher usually becomes well known for certain fields of work. For example, Dr. Maltz specializes in Victorian Studies and is therefore is very familiar with publishers such as Ashgate Publishing and Ohio State University Press. In academic publishing it’s very important to match your interest with publishers.  I thought that this was a really interesting point because it helps give young academic writers some direction as to what company might be best suited to publish their material.

After giving me an introduction to the world of academic publishing, Dr. Maltz went on to describe both the drawbacks and rewards of this particular type of writing. Obviously academic writing does not reach as large of an audience as books like Harry Potter do, and therefore may never see similar profits. However, Dr. Maltz assured me that most authors of critical writings are professors who write because it helps advance their field of study, not because they expect to make millions off of their articles or essays. Another challenge that she mentioned was the struggle of maintaining a balance between teaching and working on new publications. As students, I’m sure we can all relate to the challenge of time management but the added stress of trying to publish material, not just write it, seems daunting. 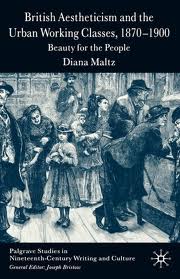 We then moved on to discussing the rewards involved with being published. As all English majors have experienced, there is a certain satisfaction that comes with seeing your work in print, but more importantly Dr. Maltz noted, is the feeling of being a part of community who shares your interest and love of academics. She mentioned how rewarding it was to know that your work will go on to possibly help future graduate students in their own academic efforts.

My next question for Dr. Maltz was what advice she had for young writers who decide to go into academic publishing. She really stressed that writers need to be aware that this field of writing is part of a package of a particular kind of lifestyle and is heavily connected with the work of being a professor. And of course, network! Talk to people who have been published in academic journals and learn how they navigated it. From what I’ve experienced, SOU’s English Department faculty would be a great place to start.

Dr. Maltz was first published in a collection of essays in 1999. Over a decade later, she has had the chance to observe some of the changes academic publishing has undergone. She notes there has been a shift towards more career-oriented mentorship in PhD programs. Dr. Maltz commented that she sees a lot more coaching taking place between professors and graduate students with the hope that if a student has been published while in graduate school, they have a greater chance of obtaining a job after graduation.

My interview with Dr. Maltz gave me a great insight into the world of academic publishing. Currently, she has a contract with Broadview Press to edit a new critical edition of Arthur Morrison’s novel “A Child of the Jago.” She is adding a brand new introduction and incorporating footnotes of the text with the hope that it will enrich her students reading of the novel when she teaches it.

Interviewer’s note: I don’t have a recording device and my phone’s digital quality is awful, therefore I reconstructed my interview with Diana Maltz from notes taken during our discussion and added some of my own personal reflections on what I learned.