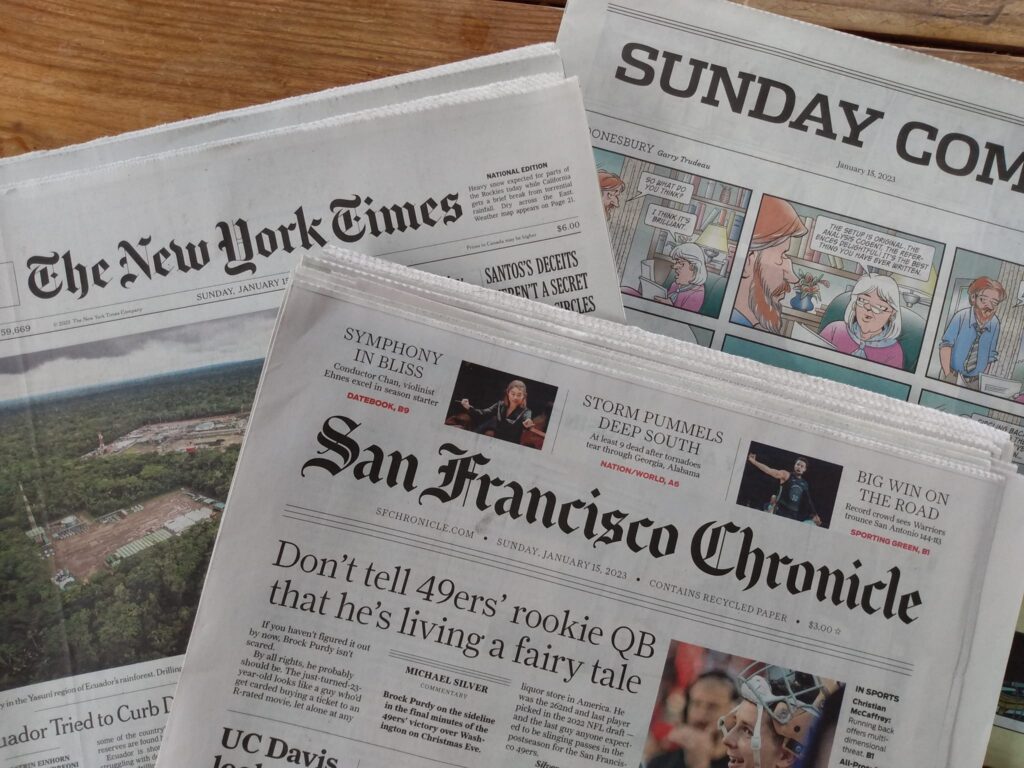 It was sad to see the Mail Tribune close last week. A once-proud paper, known for its local journalism, felled by economic forces and carpet-bagger ownership. It was the first Oregon newspaper to win a Pulitzer Prize, for taking on unscrupulous politicians in 1934.

Those were the days.

I grew up with newspapers all around: the Asbury Park Press and the Red Bank Register, which I delivered on my bicycle and the New York Times, which I delivered in high school. In college, I got the Sunday Times or years by accident, when a former tenant in my apartment continued to receive it every week. In grad school, I bought the Times and picked up the Daily News and the New York Post when the other bus commuters left them behind. Later, as I moved here and there, other papers caught my attention and when we moved to Oregon in 2000, I subscribed at various times to the Mail Tribune and the Ashland Tidings.

But there’s some hope.

When the Ashland Tidings was closed by the Mail Tribune’s owner, Bert Etling stepped up with Ashland.News, which deserves your support. And after the Mail Tribune closed, the locally-owned Grants Pass Daily Courier, has promised to increase coverage in Jackson County. Kudos to publisher Travis Moore. I’m a subscriber now.

On the Sunday after the Mail Tribune closed, we bought paper copies of the Times and the San Francisco Chronicle and relived the serendipity of finding unexpected stories—news we didn’t click on. I think we’ll continue to get some paper papers here and there, to see what we are missing on the screen.

In the meantime, the old newsroom term “morgue” is taking on a new meaning.