An Interview with Louise Wagenknecht 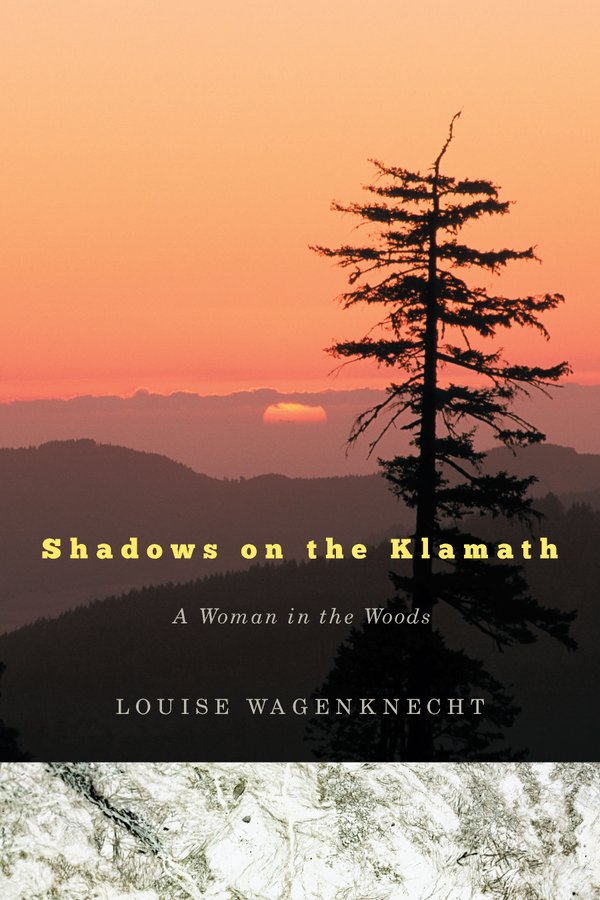 Louise Wagenknecht is the author of a trilogy of books about life in northwest California: White Poplar, Black Locust (2003, republished in 2021), Light on the Devils: Coming of Age on the Klamath (2011), and Shadows on the Klamath: A Woman in the Woods (2021), all available from Oregon State University Press.

Born in Boise, Idaho, Wagenknecht was raised in Hilt and Happy Camp, California, and received a degree in English from California State University, Chico. She also studied range, botany, forestry, and wildlife management at Humboldt State University and worked for the U.S. Forest Service for more than thirty years.

Her writing has appeared in High Country News, American Nature Writing, The River Reader, and Ring of Fire: Writers of the Yellowstone Region.

Ed Battistella: I really enjoyed reading your work. How would you describe yourself as a writer? Memoirist, historian, naturalist?

Louise Wagenknecht: All of the above, I suppose. When I started writing, I was trying to make sense of the place in which I grew up, and the family in which I grew up. I knew a great deal about what had happened, but why things happened was often pretty murky.

Especially while writing the first book, I read everything I could find about the Klamath-Siskiyou region, starting with its geology, which is so tied in with the Gold Rush history of the region. I had been very interested in natural history since childhood, but the unique qualities of the bioregion were barely taught in school. When I was seven, someone gave me a children’s book about birds, which I loved, but it focused on eastern species which I had never seen, and didn’t mention most of the birds around Hilt.

At Humboldt State University, I took two semesters of plant taxonomy, taught by a specialist in northwestern California plants. That was a terrific eye-opener to the world of endemic plant species, and I gained context for what I had seen up until then.

Another resource was the library at Chico State and its northern California history collection, including all of the yearbooks of the Siskiyou County Historical Society. I stumbled onto a book called California Called Them, by Robert O’Brien, a columnist for a Bay Area newspaper, who in the 1950s wrote a series of articles about the history of the Gold Rush country. He included three chapters on Siskiyou County – Mount Shasta and Yreka – and his evocative writing style blew me away. Nobody had ever talked that way to me about my home country, or written about California history that way.

Right after I found O’Brien, I picked up Richard Brautigan’s Trout Fishing in America, and was astounded to find myself reading about Grider Creek, a place I knew intimately. I stood there and read that and I thought the top of my head would come off. That’s when it hit me: people could and did write imaginatively about precisely the places I loved. It took me another thirty years to attempt it myself, but I think that’s when the germ took root.

EB: Did you start out with a trilogy in mind? How do the three books fit together in your mind? 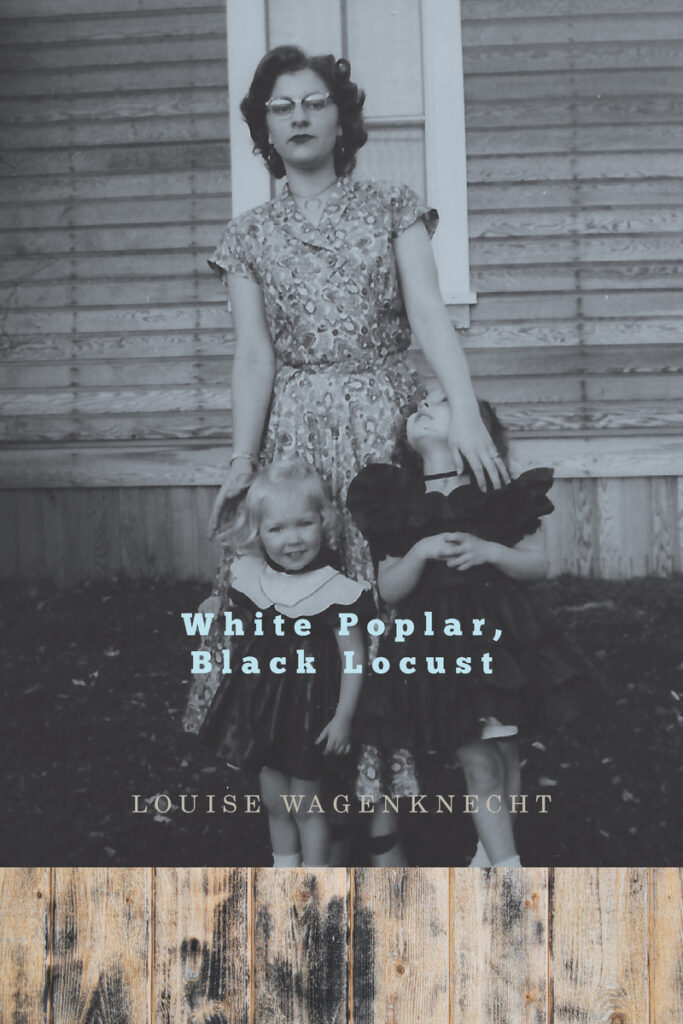 LW: In the beginning, I just concentrated on writing about Hilt. After the first book came out, people started asking me, “what’s next?” and while thinking about what that could be, I started transcribing the diaries I had kept in high school, and by the time I finished, the theme was there: moving from Hilt to Happy Camp was still the same ecoregion, the same natural resource issues still present. Once I carved out the second book, then dealing with the years I worked for the Forest Service, in the belly of the timber beast, so to speak, was the obvious next step. But it still took me a long time to write about it.

I think now that all the books are chapters of a long tale called “The Decline and Fall of the Western Timber Industry,” which of course continues today, but with the addition of climate change as a factor. It’s another human impact, like logging, but at one remove.

EB: Something that struck me throughout was the coming together of a sense of place and the sense of people. But there is also a sense of history. How do you balance all those things as a writer?

LW: Well, that was rather difficult to do. I was fortunate, when I was trying to write the first book, to be able to attend a few really good writing seminars. Bill Kittredge was very enthusiastic about the first project. “Nobody has written about that country,” he told me. He grew up near the headwaters of the Klamath River and was interested in the history of the whole drainage. Kim Barnes recognized the same elements of patriarchy and of families dependent on the lumber industry that she wrote about in her first memoir. Mary Clearman Blew – wonderful to recall – looked me in the eye and said, “You’re really a good writer.” And Rick Bass – defender of the Yaak – recognized the ecological and political undercurrents and encouraged me to write about them.

I had some good Forest Service sources to draw on, too. Several veterans of the Klamath National Forest – Gil Davies, Russ Bower, and Al Groncki – gathered a lot of material from both their own recollections and interviews with the Forest’s first generation, and also took care that old documents were preserved. The Forest published some of their work in-house. They were compilers rather than analyzers, but the raw material is there.

I mention Paul Hirt’s A Conspiracy of Optimism in the bibliographies. He dove deep into the layers of Forest Service and Congressional politics that drove resource extraction. He first made the connection for me between what I saw happening on the ground on the Happy Camp District and what was going on – and had long been going on — in Washington, D.C. I read it while working on the Salmon-Challis National Forest, where I could see the same dynamics at work.

EB: It seems to me that it is important to document stories like the ones you tell – stories of the small towns like Hilt and Happy Camp and of people that are experiencing a vanishing way of life. Are you optimistic about the future of the region?

LW: (I’m glad to hear you say that stories about small towns are important!) As a member of the post-World War II generation, I was raised with optimism, with the idea that things would get better, but when I look at the scientific consensus about warming and drying trends in the region, it’s hard to maintain a lot of optimism. Still, I am very glad to see the Karuk and Yurok people on the middle and lower Klamath River reestablishing traditional burning practices. I’m happy to learn of California condors soaring over the north coast once more. And I hope to be able to see for myself those four Klamath River dams come down, very soon. That will give me a bit of optimism for at least the near term future of salmon and steelhead on the Klamath.

EB: How has your writing changed in the period since White Poplar, Black Locust? Do some matters of technique and style strike you as evolving? 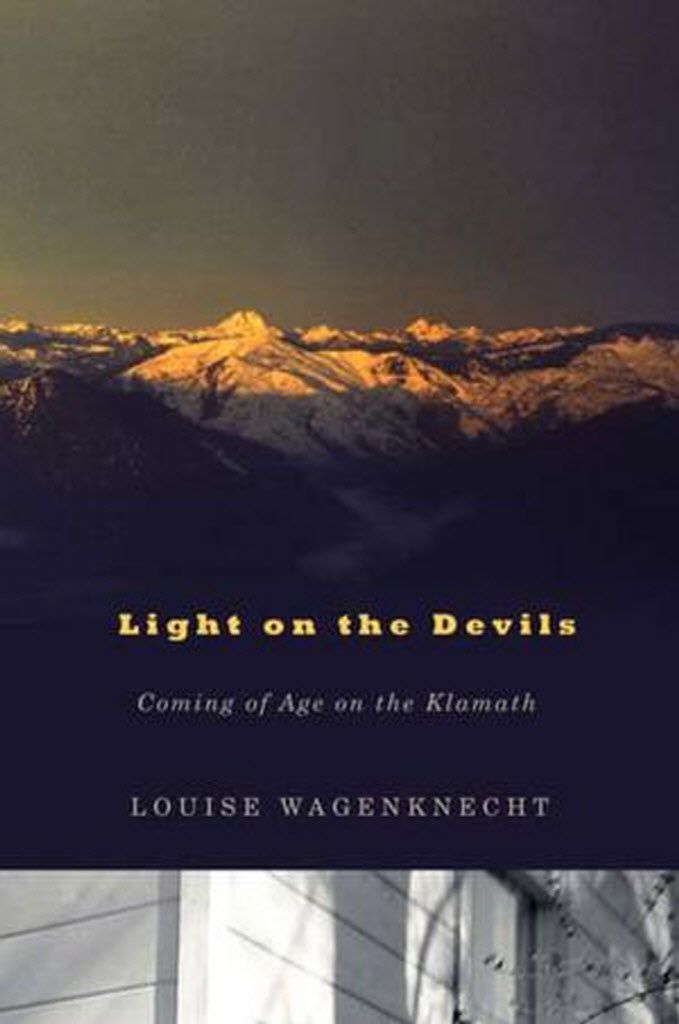 LW: I think I’m more confident now in my ability to just dive right into a story, and more confident that it will interest readers. That was a big hurdle for me with the first book: I knew that I was passionate about this place called Hilt, which was embedded so deeply in me. I couldn’t not write about it, but the challenge was to write well enough for publishers and readers to be interested. As far as style goes, I think I’m now better about cutting, and then cutting some more, than I used to be.

Literature of place – especially of place in the West – and memoirs by Western women have come of age over the past thirty-some years, and I’m sure reading in those genres has affected my style. Strangely enough, one of my earliest influences was Betty MacDonald, who wrote The Egg and I in the 1940s. The book was smoothly written and very funny, but it was its sense of place – the still-wild Pacific Northwest – that spoke to me. Her later memoir about the Depression, Anybody Can Do Anything, is in my opinion even better, with its focus on a family of (mostly) women struggling to (sometimes literally) survive in 1930s Seattle.

EB: At some points you mention the archeologist Jim Rock, whose historic can collection is documented in the Southern Oregon University library. Any recollections you can share?

LW: Jim was such a wonderful person, it’s hard to know where to stop once I get started. At the time that the first book came out, his wife Mary Ellen owned the bookstore on Miner Street in Yreka, and they put on a great book-signing event for me. I talked to Jim on the phone several times when I was writing the second book, and he actually tried to track down the details about a couple of incidents that I write about in Light on the Devils. His cynicism about the poor record-keeping on the part of Siskiyou County law enforcement turned out to be prescient; often, records either had not been kept or had been lost.

He was a grounded and practical person. He probably would have preferred that some of his friends not dig up old cabin sites and can dumps, but he once told me that to him the important thing was to document their locations, especially those inhabited by the Chinese miners. As far as artifacts went, all of the post-1850 sites contained the same mass-produced goods – at first brought in by pack trains from the coast, and later by wagon from inland. He was much more protective of the Native American sites. Those, as far as he was concerned, were not to be messed with.

Jim often put on archeological training sessions on the ranger districts, and the ones at Happy Camp were always fun. His slide show about how to date tin cans was an education in itself. I still remember him standing there at the front of the room, talking around the pipe clenched in his teeth. Unfortunately that pipe – or rather the tobacco he burned in it – would eventually kill him. Whenever I read an interesting news story about Siskiyou County, I wish I could call him up and get his acerbic take on it.

EB: Are you working on another book?

LW: Yes – two of them, in fact. It turns out that over thirty years of living in an Idaho valley bordered by three mountain ranges generates some stories. Who knew? The Forest Service will be back – with some of the same issues, and some new ones – and also showing up will be sheep, wolves, moose, and of course some neighbors. And – because I obviously don’t have enough to do – I’m taking a stab at writing a murder mystery based extremely loosely on the first job I ever had – working at a girls’ summer camp in the Sierra Nevadas.

LW: Thank you very much for talking with me, and I hope you have a wonderful summer out there in that good country under Mount Ashland.