An Interview with Curt Colbert

Posted on December 9, 2019 by Ed Battistella 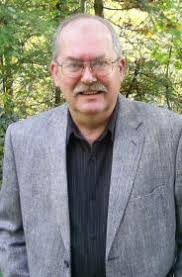 Curt Colbert is a Seattle native, a history buff, an avid fisherman, a Vietnam veteran and the author the Jake Rossiter series of hardboiled private eye novels set in 1940s Seattle.

Curt Colbert has written five humorous mystery novels in the Barking Detective series under the pen-name Waverly Curtis, with his co-author, Waverly Fitzgerald: Dial C for Chihuahua, Chihuahua Confidential, The Big Chihuahua, The Chihuahua Always Sniffs Twice, and The Silence of the Chihuahuas. He was also the editor of Seattle Noir, published by Akashic Books in 2008.

His book All Along the Watchtower, featuring Vietnam Veteran and private eye Matt Rossiter appeared in 2019.

Ed Battistella: I really enjoyed All Along the Watchtower. It’s set in 1999 and I know you’ve been thinking about this story for a long time. Why is the story appearing now?

Curt Colbert: The Vietnam war has been kind of “been there, done that” with publishers for a lot of years. For instance, the superb, award-winning Vietnam novel, Matterhorn, was turned down by scads of publishers, with one saying that it was great but asking the author, “could you change the setting to the Iraq war?” LOL I believe any well written novel about war is relevant at any time. Accordingly, it took time to find a publisher who had faith in my book. Aside from that, it was a tough novel for me to write as it’s partly autobiographical and partly based on other vets I have known. In addition, I wanted to show that the casualties of war often linger long after a war is over.

EB: Can you tell us about the Jimi Hendrix-related title?

CC: I think Hendrix is emblematic of the 1960’s, along with Buffalo Springfield, and Country Joe and the Fish, among others. An irony in using All Along the Watchtower as a title attracted me – in Vietnam’s case, it suggests the futility of trying to guard against an ongoing calamity (which ultimately cost the lives of almost 60,000 Americans).

EB: How did you come up with the plot?

CC: In a dream. My protagonist, Matt Rossiter, was and is a huge Hendrix fan and played Jimi’s music throughout his time in Nam. In my dream, Hendrix tunes were set against the fear and carnage Matt experienced during the war. Upon waking, I thought it would be ironically wicked if the music that gave Matt so much pleasure turned into the calling card of the villain who is killing his old platoon members. In the end, Jimi’s music and Matt’s past and present seem to merge into one as he finally identifies and confronts the killer. In doing so, he has resolution to the mystery, but no absolution for his past and present. 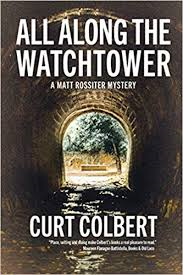 CC: As I was working on the book, Waverly and I decided it would be quite unique for us to write parallel novels that share characters and events. In Waverly’s Hard Rain, also set in 1999, Seattle PI Rachel Stern focuses on the anti-war movement of the 60’s and early 70’s. In Curt’s All Along the Watchtower, Seattle PI Matt Rossiter, a Vietnam vet with PTSD, hunts for the killer attacking his old platoon members. Certain conversations, dramatic events and colorful characters appear in both novels, but each can be read as a satisfying stand-alone mystery.

EB: I enjoyed the 1940s series: Rat City, Sayonaraville and Queer Street with Matt Rossiter’s father Jake. Can we expect him to turn up in this series?

CC: Yes. Although Jake barely appears In Watchtower, he will have more of a role in later books. He’s gotten up in years but is still kicking and quite hard-boiled. I thought it would be interesting to have generational interplay between the father and son as the series continues. I have high hopes for their interactions in future books.

EB: How would you compare Matt and his father?

EB: You are working on a second Matt Rossiter novel called Strawberry Fields Forever. I sense a theme in the titles. Can you give us a preview?

CC: ‘Strawberry Fields Forever’ is a song that Matt always played when things got too tough in Vietnam, and in his present postwar condition. In this second novel featuring Matt, he is dealing with a new mystery and still trying to deal with his wartime memories. He is also dealing with his aged and cantankerous father, as well as a perjury charge hanging over him, plus the fallout from his actions against Vietnamese gang leader, Benny Luc.

EB: There is a lot going on in All Along the Watchtower—character development, action, pathos, flashbacks and period details. What was the biggest challenge for you as a writer?

CC: Trying to paint the tragedy of the war in Vietnam by focusing on only one veteran and his old platoon, while keeping it entertaining.

EB: What was the most fun?

CC: The research, the writing itself, particularly when it worked. The re-writing, which is always an opportunity rather than a drudge. And gaining more clarity about my own past through hindsight – the old “no pain, no gain” cliché.

EB: Who are some of your must -read crime writers?

CC: You bet. My pleasure and my thanks!