An Interview with Jeffrey Ostler 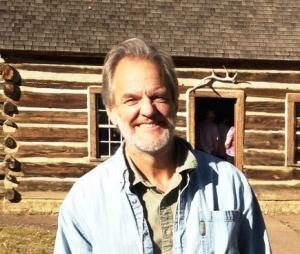 Jeffrey Ostler is Beekman Professor of Northwest and Pacific History at the University of Oregon, where he specializes in the history of the American West and American Indian history. He has a PhD from the University of Iowa and his books include Prairie Populism: The Fate of Agrarian Radicalism in Kansas, Nebraska, and Iowa, 1880-1892 (University Press of Kansas, 1993), The Plains Sioux and U.S. Colonialism from Lewis and Clark to Wounded Knee (Cambridge University Press, 2004), and The Lakotas and The Black Hills (Viking, 2010). His most recent book is Surviving Genocide: Native Nations and the United States from the American Revolution to Bleeding Kansas (Yale University Press, 2019)

Ed Battistella: What drove policy toward Native Americans in the period from George Washington to Andrew Jackson? Are there some key rhetorical and sociopolitical themes?

Jeffrey Ostler: The basic driver of policy was the imperative to take land from Native Americans so that it could be converted into private property for the benefit of settlers, speculators, and capitalist economic development more generally. But how to take Indigenous lands? The preference of U.S. political leaders was that Native nations give up their lands “voluntarily” through treaties and then eventually be Christianized and assimilated into the dominant society. But Native nations did not want to do this and so the U.S. had to use deceitful practices, including the threat of exermination, to coerce some Native leaders to “consent” to treaties. When this happened, other Native leaders with good reason regarded the treaties as illegitimate and claimed a right of self-defense against settlers who they saw as invaders. As a matter of policy, the U.S. then waged war against Nations resisting American expansion. And, this was not just any kind of war, but rather, as U.S. officials often said, it was “exterminatory” warfare, meaning the targeting of Native communities including non-combatants (women, old men, children), or, in other words, genocidal war.

In 1830, a year after Andrew Jackson became president, the U.S. was sufficiently powerful to formally enact a policy of Indian removal—forcing Native nations with homelands east of the Mississippi to new territories in the West. Although U.S. officials justified this policy in humanitarian terms as necessary to save Indians from an otherwise certain fate to vanish, the policy had horrific consequences as it unfolded from 1830 into the 1850s. Thousands of people (Cherokees, Choctaws, Chickasaws, Seminoles, Creeks, Potawatomis, Sauks, Mesquakies, Ottawas, Senecas, Ho-Chunks, and others) died on multiple trails of tears and in the years after their relocation. In my view, the loss of life was sufficiently severe to justify concluding that the policy of Indian removal had genocidal consequences.

EB: Were there influential dissenting voices in that period?

JO: I assume you’re thinking here of dissenting white Americans and that we’ll get to Native voices in a minute. At times, there were influential dissenting voices within the United States. Probably the best example is the opposition by missionaries and northern political leaders to the passage of the Indian Removal Act in 1830. But it is possible to overstate the significance of these dissenting voices. Those who opposed the Indian Removal Act did not ultimately believe that Native people should be allowed to retain their homelands east of the Mississippi. What they objected to was the coercive process by which the Jackson administration was pursuing removal. They wanted a process that would be “voluntary.” All Americans during this period of time shared core beliefs that their way of life was superior and that it was their God-given right to have Native lands. To the extent that Americans disagreed about Indian policy, their disagreements were limited to the process for obtaining Native lands, not the ultimate goal.

EB: What were the perspectives of Native leaders during this period? Did they fear extinction?

JO: One of the things I discovered during my research was that Native leaders frequently voiced the belief that colonists (before 1776) and U.S. Americans (after 1776) intended not only to take their lands, but to kill them all. In fact, in the first written treaty between the United States and an Indian nation (negotiated with the Delawares in 1778), the United States explicitly addressed Native fears that it was the design of the United States to “extirpate the Indians and take possession of the country.” So, yes, they did fear extinction and understood that what they had to survive was not just hardship, loss of land, and some loss of life, but the very real possibility of complete and total annihilation. I think it’s also important to realize that when the United States adopted its policy of Indian removal, Native leaders explained to U.S. leaders that they were deeply concerned that the policy would result in terrible suffering and death. U.S. leaders paid no heed to these concerns, even though they proved to be accurate.

EB: Surviving Genocide balances analysis of the documentary record of indigenous and US leaders with attention to demographic data. How do those two threads come together in the book?

JO: In writing the book, I tried to balance three things: to tell stories, to analyze what was happening, and to assess the impact of U.S. policies and actions by documenting the number of people killed through violence and removal and the demographic impact over time. What I discovered surprised me. When I started my research, I would have thought that the Native population east of the Mississippi River would have declined from 1776 to 1830. In fact, however, despite periods of destructive warfare and significant dispossession, the population of most Native nations either remained stable or increased. This, I think, is a testament to the adaptability and resilience of Native communities. But I was also surprised by how catastrophic the demographic impact of the policy of removal actually was. Historians have documented some of this through looking at the removals of specific nations, but no one had tried to come up with a picture of the total impact. And, by the total impact I mean not just the impact on the eastern nations that were removed to the west, but on the nations with homelands in the west such as the Osages and the Kanzas. They, too, were adversely affected by the policy, as they were squeezed onto smaller and smaller reservations to make room for the relocated eastern nations. The results was that these western nations were increasingly subject to impoverishment, hunger, and multiple diseases. 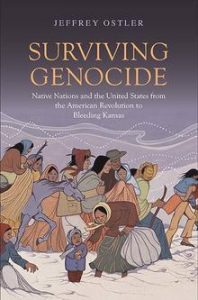 EB: Was the impact of removal different regionally? In the North and the South?

EB: As a linguist, I was intrigued by your discussion of the term genocide. What went into your decision to adopt that term rather than any of the possible alternatives?

JO: Using “genocide” to describe U.S. policies and actions toward Native Americans is, of course, likely to provoke lively debate and opposition. One objection might be that it is anachronistic to apply a term coined in 1944 to earlier history. In my view, though, the terms U.S. officials regularly used, “extirpation” and “extermination,” are synonyms for genocide. That said, though, is genocide an appropriate category, and if so, why use it as opposed to a category like “ethnic cleansing,” which some historians have proposed as a more appropriate term than genocide? Ethnic cleansing is a serious charge (it’s a war crime under current international law), but it can also be euphemistic and it leaves open the question of what kind of ethnic cleansing. In theory, people can be deported without massive loss of life, though forced deportations often are accompanied by violence and population decline. So, when I looked at what happened and saw not only massacres of entire communities but the horrific loss of life resulting from the U.S. policy of removal, I felt that it would be less than fully truthful not to use the term genocide. As I wrote in the book, genocide was not happening all the time, and so to write the history I’ve written as if it was a story of genocide, genocide, and nothing but genocide, would be simplistic and miss a great deal. On the other hand, though, to write the history I’ve written as if it was a story without genocide would miss much, too.

EB: When I was growing up, much of the history was of the manifest destiny nature. But it seems to me that today’s readers—and students—are much more open to considering the complexity of the nation’s history. Do you have any thoughts about what changed? Have we just grown up?

JO: I agree that today’s readers and students are much more open to considering the complexity of the nation’s history. In an earlier book I wrote (The Lakotas and the Black Hills), I dated this shift in consciousness to the 1960s and 1970s when we saw opposition to U.S. foreign policy (especially the Vietnam War) and the Civil Rights movement. Prior to that time, the U.S. political and judicial system had been unwilling to consider the possibility that the U.S. taking of the Lakotas’ sacred Black Hills in the 1870s had been unjust, but in the 1970s, courts began ruling in favor of the Lakotas, and I think the reason is that many Americans were willing to recognize injustices in U.S. history. That said, I think part of what we’re experiencing in 2019 is a huge push back against considering the complexity of the nation’s history. A substantial minority, but an empowered one, would like to have us worship the Founding Fathers and embrace the vision of a nation in which whites are understood to be racially superior. And, there are also many liberals who want to write stories about American greatness that neglect to take Indigenous histories very seriously. I’m thinking here of David McCullough’s The Pioneers, but there are many others. I’d like to see the day when most Americans are ready to fully reckon with the fact that the U.S. was built on stolen lands—I really do believe this—but we’re a long way from that.

EB: Surviving Genocide is the first of two related books. Can you give us a preview of the second book?

JO: The second book will look at the impact of the United States on Native people in the west from the 1770s to around 1900 (I’ll also look at the many communities that remained in the east despite the policy of removal). Right now, I’m writing a chapter about the Pacific Northwest and learning many new things. For one, I didn’t realize how much violence U.S. commercial ships inflicted on Native people along the coasts of Oregon, Washington, and British Columbia from the 1780s into the 1810s as they sought to gain advantages in trading for sea otter pelts. And, of course, I’ll eventually need to write about the so-called Rogue River War in the early 1850s when militias and vigilantes carried out a war of extermination against the Indigenous peoples of southwestern Oregon. I’ll also want to write about the survival of those people in the aftermath of genocidal violence. Native people are still here in Oregon!

JO: Thanks very much for your interest in the book and the great questions. I enjoyed the conversation.