Eating With Our Eyes, a guest post by Jordan Hartman 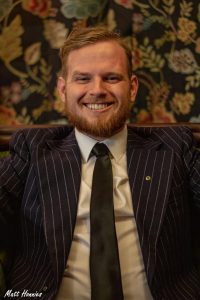 Jordan Hartman is an aspiring writer and photographer based in the Rogue Valley. He has recently graduated from Southern Oregon University with a Bachelor’s degree in English. Jordan has been honing his culinary skills for over eighteen years.

Being able to taste an image means that a photographer has done their job perfectly. Food is not only meant to be eaten it is meant to be experienced. Photographs can only do culinary masterpieces so much to convey the plethora of senses that are experienced during the act of eating. Many professional publications come close to portraying the senses experienced while eating in their photography. But as amateur photographers and chefs we could never come close to the perfection that they portray. I decided to try my hand at preparing and photographing dishes in two cookbooks that are photocentric.

One of the books used for this study is Better Homes and Gardens an extremely well known culinary text, and many would not consider a home complete without this book. It is a culinary text that mainly focuses on homemaking and hosting for beginners. It is a wealth of culinary knowledge. The other cookbook I used for this project was The World in Bite Size by Paul Gayler and photography by Peter Cassidy, this book is not quite as prominent as Better Homes, but has a lot of value in regard to photography. The book focuses on the recent surge in popularity of tapas and other appetizers. When I was contemplating this study I scanned through the books and decided that the two recipes that contrast each other well were the “piggyback dates on polenta” from Bite Size and “Flat-Iron Steaks with Avocado butter” from Better Homes. The reason I chose these two recipes is because I felt that “piggyback dates” would challenge me more due to the polenta component, and the “Flat-Iron Steak” recipe because I have never worked with Flat-Iron steaks before, but it was a fairly basic recipe. Although these recipes seemed fairly basic the “piggyback dates” recipe gave me extreme difficulty in preparing it.

The photos for the recipe gave a false sense of simplicity: 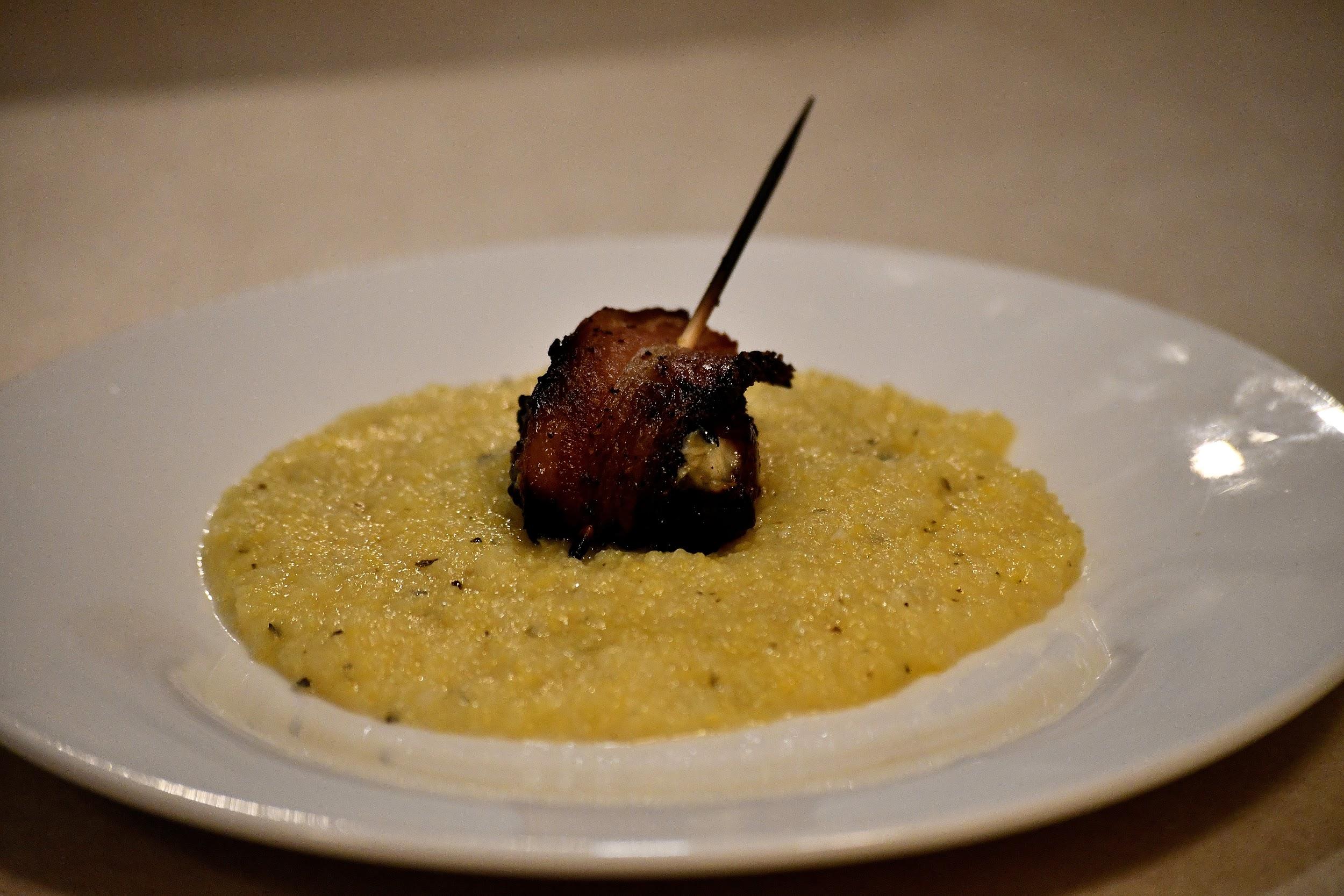 To begin, the recipe called for instant polenta which I prepped twenty-four hours in advance by bringing to a boil and simmering. I then placed the polenta in a greased baking dish and let chill. Unfortunately I am not well versed in making polenta so it did not set correctly. I then placed it in the freezer for the day hoping that when I revisited it later I might be able to salvage it. I was wrong, the difficulties with this recipe had only begun. When I finally came back around to make this recipe I realized I did not have a grill pan so I tried to just use a regular frying pan coated with olive oil. This decision was costly, because when I added a polenta square to the pan it sizzled and shot a chunk of corn meal into my eye. The polenta square then began to turn to mush in the pan, and I quickly changed my attention to my barbeque. When I switched to the barbeque I first placed a polenta square on the grates and it slowly started to melt through. I decided to just throw the remaining polenta in a baking dish and make creamy baked polenta. I then placed the bacon wrapped dates on the grill, but forgot to keep an eye on them and returned to a grease fire with most of the dates charred to a crisp. Unfortunately the only salvageable date was the one photographed above. This recipe seemed so novice at first glance, but proved to be one of the most difficult, and frustrating, recipes I have ever undertaken. One of the main lessons for this recipe was to actually read the recipe all the way through before attempting. I also realize now looking at the photo post-production that the lighting on the image is too flat. I needed to deepen the light with a darker filter, and angle it from the back more. Taking into consideration all of the failed aspects of this recipe, the learning experience was more valuable than anything.

The other recipe, “Flat-Iron Steaks with Avocado Butter”, was much easier to execute than the “piggyback dates.” The recipe is a straight-forward grilling recipe with an avocado compound butter pictured below next to my attempt: 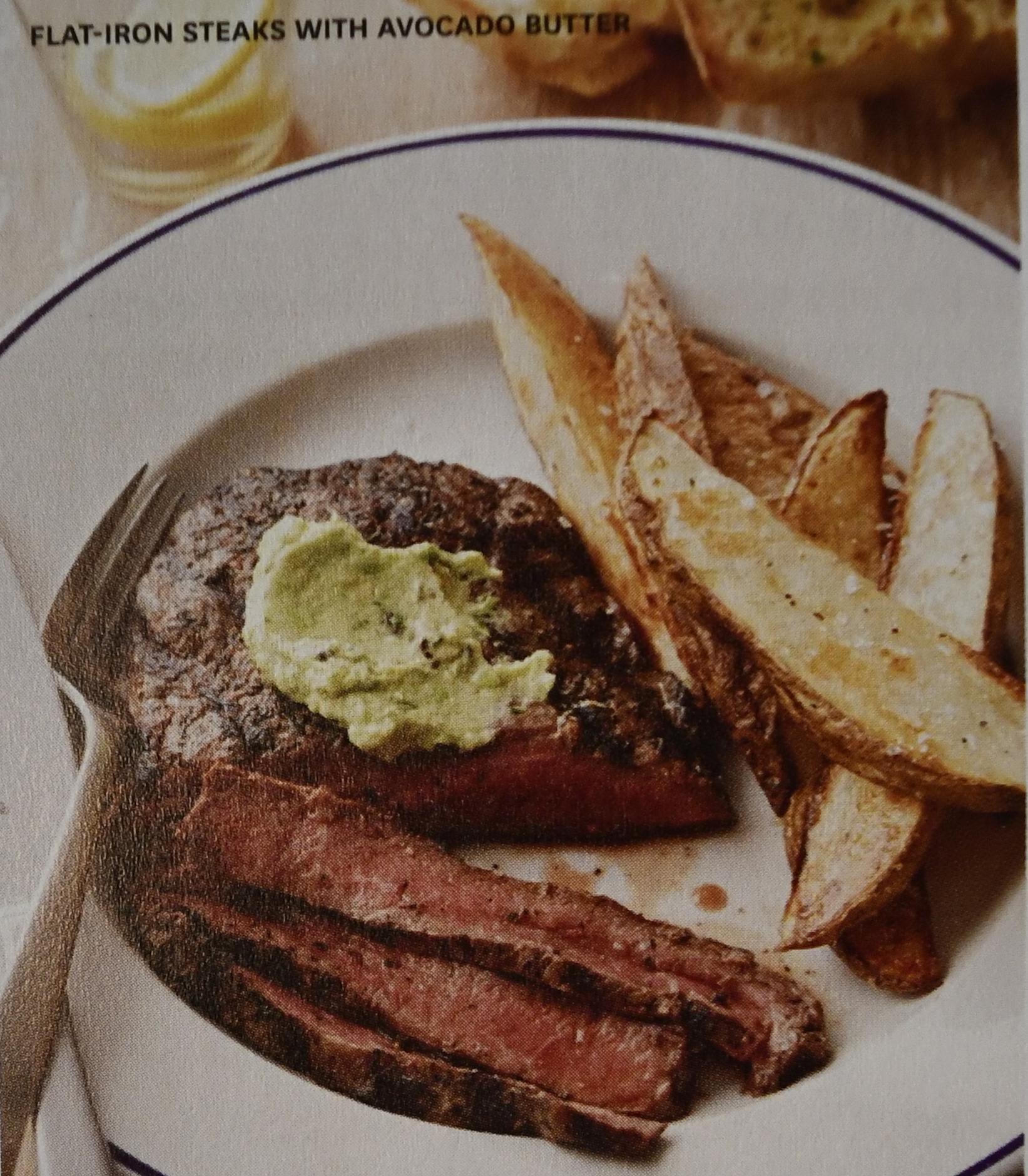 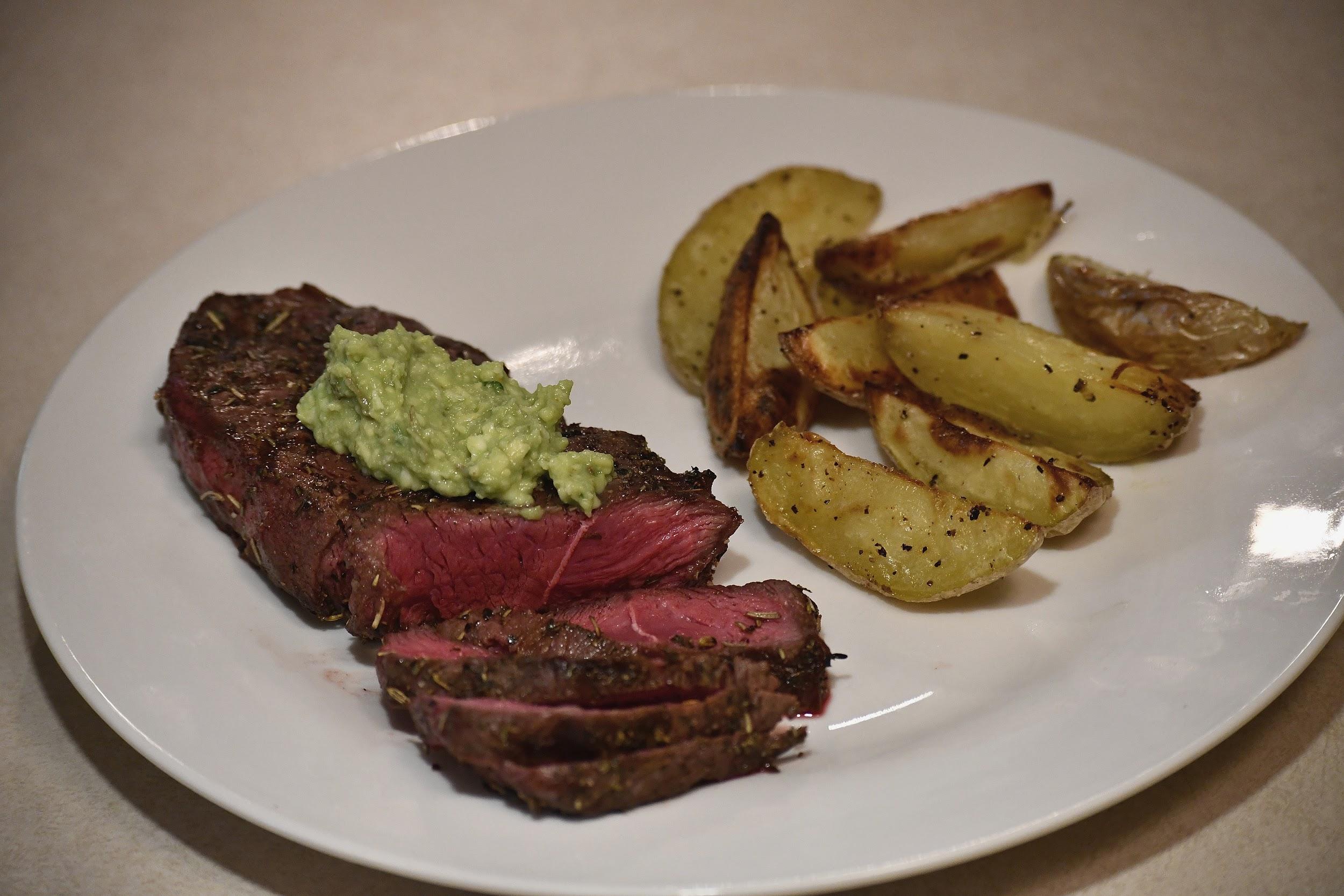 Obviously the potatoes are different, I will get that out of the way now. I forgot to write the type of potato I thought the recipe called for before go to the store, and thought that the small yukon golds were the right potato. This is most certainly the case, but they were still delicious. The process for grilling the steak was fairly easy, and it looks as though I matched the coloration of the official photograph. The avocado butter ended up being slightly lumpy, and in the future needs a food processor to gain the smoothness of the official photograph. The execution of my photograph turned out better than I had hoped. I feel as though my photo is slightly cold compared to the original photo, but I feel as though my attempt does the recipe justice.

Although I had a moderate amount of difficulty between the two dishes I am very satisfied with the outcome. Most food photography is not meant to be eaten and that was a factor that had to be taken into consideration throughout the duration of this study. Many of the photographs used in the culinary world use inedible items to make them more appetizing to the eye, but would cause major harm if ingested. Although these photographs did not turn out exactly like the original images for various reasons the outcome was satisfactory.

Bright, Susan. Feast for the Eyes the Story of Food in Photography. Aperture, 2017.