An Interview with Sandra Scofield, author of THE LAST DRAFT: A Novelist’s Guide to Revision 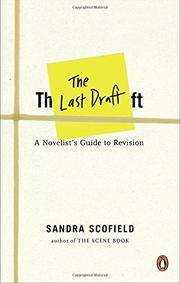 Sandra Scofield is the author of seven novels, including Beyond Deserving, a finalist for the National Book Award, and A Chance to See Egypt, winner of a Best Fiction Prize from the Texas Institute of Letters.

She has written a memoir, Occasions of Sin, and a book of essays about her family, Mysteries of Love and Grief: Reflections on a Plainswoman’s Life. She is also the author of The Scene Book: A Primer for the Fiction Writer and Swim: Stories of the Sixties, published by Ashland’s Wellstone Press with a cover image by Ashland artist Abby Lazerow.

Her most recent book is The Last Draft: A Novelist’s Guide to Revision.

Ed Battistella: Congratulations on THE LAST DRAFT: A Novelist’s Guide to Revision. I really enjoyed reading it.

Sandra Scofield: It’s great to have a chance to reach your readers. I think of them as slouched on couches, upright in desk chairs, zipping in and out of bookstores– These are my people.

EB: You mention that the book came out of your teaching. Tell us a bit about that and how the book arose?

SS: I have taught workshops at the Iowa Summer Writing Festival every summer since 1993 (I missed two). The topics change a lot, but what students want is essentially this: a set of guidelines to hold on to as they write and revise. They want to go through the process of figuring out how writing works, in the very pleasant environment of the summer workshop. (No sharp criticism here!) So over the years I accumulated notebooks with all my syllabi and handouts, and one day I realized that I had very practical materials that could be organized into something useful.

EB: I’m curious why you focus on the last draft rather than the first draft?

SS: Tons of stuff out there about writing a novel (mostly following ideas borrowed from screenwriting). But Truman Capote aside, nobody writes a first draft that’s good enough to fly. The first draft is for finding the story and getting something down. You may have to do that more than once. “The last draft” is the one where you apply lots of analysis and turn that story all around; where you discover what you were really after; where you amend and reinvent until you have a finished manuscript. I think it’s fun. Not knowing how to write the last draft stops a lot of novels dead. I’ve heard so many agents say they see books that have good stories but poor structure. Or “that needed another round.”

EB: You break the process down to looking, planning, and polishing? I get the feeling you see “looking” as the key element in revision (as the etymology suggests). What should writers look for in their drafts? What does the revision process tell an author? 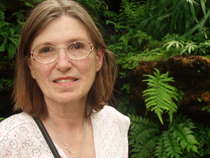 SS: This sounds counter intuitive but I stand by the assertion: Most writers don’t really know what their novel is about when they draft it. They have some kind of story idea and they have to pursue that to make it solid enough to carry the rest of the weight of a novel: theme, characters, motifs, etc. In revision you have to take a very intense look at what you’ve done so far in order to gain ground for rewriting. You have to be cool about it, self-critical, but also self-accepting and optimistic. The big question is: what is the story? Is it big enough for a novel? If you think the answer is yes, you begin to deconstruct the early work, seeking the best structure.

EB: I was intrigued by the depth to which you discussed the process of summarizing one’s own novel—right down to ways to make notes on the text. How much of this analytic framework –intension, world-making, premise, action and commentary, agency, and threads—did you know about when you first began writing?

SS: It definitely took me a while, but I knew by the end of my first novel (first draft: 1087 pages!) that I didn’t want to write miles of pages again. My first approach was to think through a sequence of scenes, each one on an index card, with a summary line (a “caption”) and notes as I worked through the writing. (I could go back and add stuff to the card, postponing adding it to the manuscript until later.) By the 3rd book, I was really hooked into summarizing (a) the whole book (b) the beginning, middle, and end; and the chapter I was about to write. (I did that summarizing as I approach the chapter.) I think my graduate work in theatre had a lot to do with how I work, because structure is so key to writing plays. And a summary captures and holds the story so you can focus on the writing (developing) rather than the “making up” part.

EB: Are there some things that writers should definitely avoid doing in revising?

SS: I think the worst possible approach is to pick up a page and start rewriting sentences. The worst.

EB: I was fascinated by the breadth and eclecticism of the novels to discussed as examples—Henning Mankell, Donna Leon, Richard Russo, Sue Miller, Mark Haddon, Jane Smiley, Andre Dubus III, Karen Joy Fowler, and of course Austen and Fitzgerald. You seem to read voraciously. Do you think broad critical reading is crucial to the fiction writing process?

SS: Reading is how you get the sound of a novel in your head, and the rhythm of structure. I don’t know any way to shortcut that. It’s why I don’t think screenwriting principles are good instruction for novelists. Yes, you need a “spine,” or scheme for the plot, but you also need the deep breathing of the novel: that capacity for deep meaning, for introspection, and so on.

SS: Well sure. Learning to focus, really focus, on your intention, your vision, and your subject is key to developing coherence. Mastering structure is like mastering a skill in any profession or art.

EB: You’ve also done a guide called THE SCENE BOOK. Can you tell our readers a bit about that?

SS: I’ll tell you what I hear from people who use the book: I wish I had had this the day I started writing.

I tried to give writers something that isn’t too heady, too nerdy, too precious; but that absolutely stands on structure. It’s filled with examples, models. Fiction is ultimately scenic, you have to master writing scenes. I figured the people who might need a book would be independent writers who didn’t have opportunities for classes and schools and groups, so I tried to talk to “each one,” if you will, directly, kindly, generously, respectfully. What I discovered, though, is that lots of writers in or finished with writing programs snatched it up! They might have talked about scenes for two years or ten, but this book has an accessible vocabulary and clear concepts that demythologize a lot of “talented writing.”

People tell me the same thing about THE LAST DRAFT–that they can hear my voice in it, as if I am talking to them. That pleases me no end, it’s exactly what I was striving for. I want to be a writing nanny. I want to push writers out on their own. I want more stories in the world.