An Interview with Ceil Lucas, author of How I Got Here 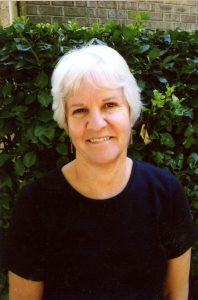 Ceil Lucas is professor emerita of Gallaudet University in Washington, D.C., where she taught linguistics through American Sign Language for 31 years before retiring in 2013. She began teaching Italian at all levels in 1973 and continues to do so. She has edited or co-authored 22 books and also is editor of the scholarly journal, Sign Language Studies, published by Gallaudet University Press.

Lucas was born in the United States, but raised from ages 5 to 21 in Guatemala City and in Rome, Italy, and has written a book titled How I Got Here: A Memoir.

Ed Battistella: How I Got Here is an unusual memoir in that covers the early part of your life—up to about the early 1970s. What prompted you to organize the memoir that way?

Ceil Lucas: I always knew that I wanted to write a memoir about my upbringing in Guatemala City and Rome, Italy, 1956 – 1972. Before I started working on the memoir, I had already started working on my family’s genealogy, and I quickly realized that this information would have to be included in the memoir; it was not enough to tell the immediate stories of my parents. I needed to go back as far as I could. In the process, the stories of my ancestors really became my stories and I couldn’t leave them out. At this point, I feel like I know these people. So the memoir is about the 1951 – 1972 period and also about those who came before. It is about how I got here, in the broadest sense.

CL: When I came back to go to Whitman College in Walla Walla, Washington in August of 1969, I heard myself saying, “Well, I wasn’t raised here; I’m not from here.”, “here” meaning America, the US. But I was starting to plan the memoir at the same time as I was working on my family history and came to find out that my mother’s people came to the Eastern Shore of Maryland from Scotland in 1654, and my father’s people came from England to Philadelphia in 1679. I had to come to terms with the fact that, when your folks arrive in 1654 and 1679, you’re “from here”. So it’s not just about how I came to be born in Phoenix in 1951 or how I got to the US in August of 1969 but how my people got here 122 years before there was an America. The memoir is about the balance between “I’m not from here.” and “I’m deeply American.”

EB: How did your upbringing in Guatemala and Rome affect your perceptions of US events and your sense of yourself as an American? 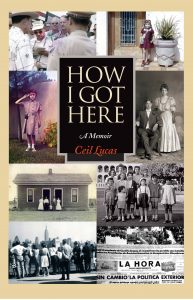 CL: See above. The effect was more powerful in Rome because I was in Italy during the Vietnam War and got the Italian/European perspective on it, for example, and on US politics in general. But in 1957, my civil engineer father was called to serve as a pallbearer at the funeral of the assassinated Guatemalan president [photo of my father with the casket in the book], in a situation that had totally been engineered by Eisenhower and the brothers Dulles. I was way too young in 1957, of course, to know what was going on, and my father passed before I was able to ask him all the questions I had. But when I went back and studied the history of Guatemala in those days, I was stunned. He was a civil engineer who did civil engineering in Guatemala, worked on irrigation projects, and he was also a fluent Spanish speaker, having been born and raised in New Mexico [he was born in 1909, before it became a state in 1912], but his company was a subcontract to the Dept of State run by John Foster Dulles [of the airport] and Dulles’ brother Allan ran the CIA. I came to find out that they were pretty much the puppeteers. I was ages 5 – 9, having a magical childhood in Guatemala. When I came back for college in 1969, I did NOT have a sense of myself as an American, not at all. I was “other”; Latin American, Italian, European. At 67, that sense of “I’m not from here” lingers, even after 46 years of living and working in the US. I started teaching Italian when I was a grad student, age 22, and am still teaching, not willing to give it up.

EB: When did your travel experiences awaken an interest in linguistics?

CL: Almost immediately; a chapter in the memoir is called Teaching the Dolls, about how I started teaching my dolls English and Spanish in first grade; I learned to read in Spanish and English at the same time and spoke 4 languages fluently – English, Spanish, French, Italian – by the time I was 10. The interest in language was there from my earliest memories. Good thing ‘cause I can’t do math.

EB: There is a good deal of family history in the book—going back to—what sort of research was involved in that?

EB: What was the writing process like for you compared to, for example, academic writing?

CL: It was a lot more relaxed. A lot of the stories were already formed in my head and just came out very smoothly. I am an academic of 45 years, so the first version of the memoir had references and footnotes in the text itself. I had the great fortune to start an autobiographical writing course the fall after I retired, in 2013, and the genius teacher Susan Moger (herself a novelist) said, “Um, no. Have a references section at the back; in the text makes it dry as toast.” I was so lucky to have her help me shape it. That reference section let me follow my very strong academic instinct to recognize the work of others – I can’t claim to know the history of Oliver Cromwell, for example, the dude who got my folks to Maryland’s Eastern Shore; I needed to research that and many other things – but a memoir is not an academic paper and I had to learn that. It was entirely liberating and I’m still taking the course, long after the memoir has been published. It’s really fun to write what I want without the academic constraints.

EB: How long did the memoir process take, and what was the most difficult aspect of the work?

CL: I had been listing the memories that I wanted to write about for about 3 years and eventually came up with an outline; I knew that I wanted to start with the funeral in Guatemala and go from there. I had written some of the pieces in other creative writing courses but in the fall of 2013, I got organized and made a schedule that had me finishing each section within 2 weeks. By early 2015, it was done.

EB: I was impressed with the many historical images in the book. How did you come by those?

CL: Many of them are family photos and documents that my mother had collected and passed to me and I am so grateful. I think the oldest one I have ( not in the book) is of my great-grandmother as a young woman, taken probably in 1885 and there are a number of vintage ones like that in the book; some images came from the historical societies, from newspapers of the time. A classmate in Guatemala who now runs the school that we went to ( his mother started it ) worked with the National Archives in Guatemala City to find the photo of my father at the funeral (p. 6). The census images, like the one on page 64 and the map on p. 51, are openly available; your tax dollars and mine at work. Others, like the image of Eastern Maryland on p. 69, came with permission from a relative who also worked on our family history. I was extremely careful to secure permission for any image that did not belong to me and people were always quite willing to grant it.

EB: Any advice for other aspiring memoirists?

CL: Do the research and include your family history in your memoir. The stories of all of those people are YOUR stories and helped shape who you are.

EB: Are you planning a sequel covering later times?

CL: I don’t think so. The sheer assembly of the images for my first 18 years plus the archival ones took a lot of work. I don’t think I have it in me to tackle the age 18 – age 67 time period…..

CL: Thank YOU for inviting me and for your great questions. It has been a pleasure to share all of this.