An Interview with Robert Arellano, author of Havana Libre 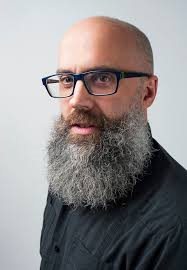 ROBERT ARELLANO is the award-winning author of six novels including Curse the Names, Fast Eddie, King of the Bees, and Don Dimaio of La Plata. His latest novel, Havana Libre, is the standalone sequel to his Edgar-nominated Havana Lunar. His nonfiction title Friki: Rock and Rebellion in the Cuban Revolution, will be released in 2018.

Ed Battistella: Back in 2009 you published Havana Lunar, which introduced us to the young doctor Mano Rodriguez, who was trying to practice medicine in the “special period” when the Cuba was no longer supported by the Soviets.

Can you give us a quick recap of the first book?

Robert Arellano : Manolo Rodriguez is stuck in every way: in a grueling and unrewarding job for Cuba’s socialist healthcare system, in a cycle of dead-end relationships, and in Periodo Especial 1992 Havana. Then he meets Julia, a young woman trapped in Cuba’s black-market underworld, and while trying to help her he becomes a straw dog in the police investigation to find a pimp’s killer. Like every unlikely noir hero, Mano is also an insomniac. That’s half the story of the “lunar” in the title.

EB: And the lunar is also a condition you invented? Why?

RA: It fell into place thanks to a Spanish double-entendre: lunar means both “of the moon” and “birthmark”. The lunar on Mano’s face conceals a story that’s at the heart of his predicament, and which also might hold the key to his liberty.

EB: Havana Libre, named after a hotel, is billed as a stand alone sequel. What exactly is that?

RA: It means you can read either book first without needing the other’s context. Although there are one or two cues in Havana Libre hinting at how Mano and Detective Emilio Pérez have met before, today it may actually be most rewarding to start with the sequel and, if you enjoy it, work your way backwards. I think most mystery authors try to configure their series in this way (after all, the way media works, the “new” gets a lot more attention than a book published just five or seven years ago). I’m currently reading through Jo Nesbo’s Harry Hole series beginning with book two, and the characters and scenarios are jumping to first light for me such that I’ll probably hopscotch through the other titles with impugnity.

EB: In Havana Libre, Mano falls for Mercedes, who had been connected with the frikis. It’s a minor mention but I know you’ve done some research on that movement. What can you share?

RA: Los frikis are rock-music fans who were targeted by the Castro government early in the Special Period for their long hair, ripped jeans, and “social dangerousness” (an actual law on the books in Cuba). They have been fined, beaten, and jailed simply for looking and behaving like rockers, and in response as many as 200 frikis took upon themselves one of the most extreme acts of resistance conceivable. For people who want to learn more, I love to this Radiolab podcast that Jad Abumrad and Luis Trelles produced with the help of my own archive and interviews.

EB: Mano is a character trying to good the right thing in a system that doesn’t encourage that. As a writer, how did you try to instill this humanity in him?

RA: This characteristic—human virtue in the face of systemic depravity—was actually one of the first things to rise from the notes that started my Cuban noir series. During trips to Cuba 25 years ago, it seemed like corruption was everywhere, the result of a black-market economy fueled by the ongoing U.S. embargo. But there were also so many very good people. The trick for me, upon meeting each new person, was figuring out what end of the exploitation-integrity spectrum they were on. Sometimes it took months, and sometimes it was a moving target, and this is where the stories arose. For instance, my friend Yorki would spend all day chasing after some frozen cutlets to feed his family, only to fry them that night and discover they were actually breaded dishtowels instead of beef.

EB: I am starting to warm to Pérez as well. Have you changed his role?

RA: I think this time we’re discovering that Pérez, too, is aware of being something of a puppet in an absurd system. He is subjugated by his own capricious controller (Daniel Caballero, the head of Cuban State Security), but he will find ways to resist the strings, if only briefly, creating moments of agency for himself and dignity, perhaps even beauty, for others around him.

EB: Were the bombing based on real events and attempts to destabilize the country?

RA: Yes. My story is mapped so closely (dates, places, perpetrators) to the actual bombings of ‘97 that to set the wheels of Havana Libre in motion all I had to do was insert Mano and one other fictional character (Mendoza) on the side of the bad guys. Anyone who would like the nonfiction account can pick up Brazilian journalist Fernando Morais’s riveting book The Last Soldiers of the Cold War: The Story of the Cuban Five, which was recently published in English translation by Verso.

EB: Another question about craft: you do a certain amount of code switching in the novel—bits of Spanish which adds to the atmosphere—how do you decide how much is too much?

We all have our ideal reader, and mine is actually a two-headed beast: Johnny Temple, publisher and editor-in-chief of Akashic Books, and associate editor Aaron Petrovich. They helped immensely with the language balance. And just this morning I’m emboldened by a quote from our Rogue Valley friend and neighbor in this New York Times article, How Pixar Made Sure ‘Coco’ Was Culturally Conscious:

“The original idea was to have the characters speak only in English with the understanding that they were really speaking in Spanish,” said Octavio Solis, a Mexican-American playwright who was a consultant on the film. “But for us, language is binary, and we code-switch from English to Spanish seamlessly.”

EB: Havana Libre and Havana Lunar seem to be not quite so magical realism as some of your other work? More noirish. How do you see yourself as a writer?

RA: I like this catchphrase that Johnny came up with 16 years ago when he published the first of my five books in the Akashic catalog: “urban surreal.” Besides that, I still cop to the genre created in part by my greatest teacher, Robert Coover (along with Angela Carter, William Gass, Donald Barthelme, and other fine writers): postmodernism.

EB: Can we expect a third Havana book?

EB: I know you have a lot of other projects in the works. What are you working on this week?

RA: Friki: Rock and Rebellion in the Cuban Revolution, the nonfiction project that has obsessed me for a quarter-century.

RA: You’re welcome. And thank you for reading me.