An Interview with Nils Nilsson 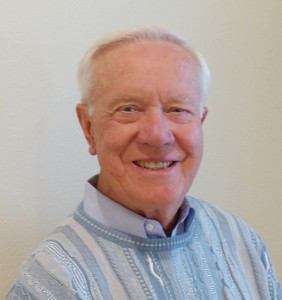 Nils J. Nilsson is the Kumagai Professor of Engineering (Emeritus) in the Department of Computer Science at Stanford University.

Nilsson received his PhD degree in Electrical Engineering from Stanford in 1958, spent twenty-three years at the Artificial Intelligence Center of SRI International and returned to Stanford in 1985 where he taught until 1995. He is the author of several books and numerous articles and essays on artificial intelligence and he was one of the leaders of the research team behind Shakey, a robot that reasoned from sensor data about its environment to react to dynamic worlds, plan courses of action, and learn from experience.

Professor Nilsson is a past-president and Fellow of the American Association for Artificial Intelligence, a Fellow of the American Association for the Advancement of Science, and a foreign member of the Royal Swedish Academy of Engineering Sciences. He is also a recipient of the IEEE “Neural-Network Pioneer” award, the IJCAI “Research Excellence” award, and the AAAI “Distinguished Service” award. Nils Nilsson and his wife, Grace Abbott, live at the Rogue Valley Manor in Medford, Oregon.

We talked about his 2014 book Understanding Beliefs, part of the MIT Press Essential Knowledge series.

EB: What prompted you to write Understanding Beliefs?

NN: This short book has a long history. I originally set out to write about how we know things. I first wrote an unpublished draft entitled How Are We To Know?. It was in the form of a dialog—actually a “quadralog” among a philosophy professor, a student, a robot designer, and a robot. I still have an online copy of it. But I learned a lot by writing this draft. Mainly I decided I wanted a full treatment of reality (is there such?) and truth (I don’t think there is such). I was informed in all of this by thinking of how robots acquire knowledge and beliefs. We humans, I maintain, are like robots (very complex ones to be sure), and therefore our attitudes toward beliefs (our “meta-beliefs”) should be similar to those of robots. Robots have no privileged access to reality; they only have their perceptual mechanisms and what their designers program into them. I think we are in the same boat.

EB: What are the biggest mistakes that people make in thinking about their beliefs?

NN: People are resistant to changing their beliefs in the face of contradictory evidence. They think many of their beliefs are “true” and place too much confidence in them.

EB: You mention that beliefs are like a fortress. Why is it so hard for us to change our beliefs?

NN: There are several reasons. To change one belief means that you might have to change others in order to keep them all consistent. Some of these others are deep beliefs that help define us. Another reason is that we think some beliefs are true. One doesn’t fiddle with “truth.” Another reason is that some beliefs are comforting—we’d like them to be “true.” For example, some people believe in life-after-death–it’s comforting.

EB: What accounts for conspiracy theories?

EB: Is it possible to perceive or access reality? Or is our experience with the world always through some model? 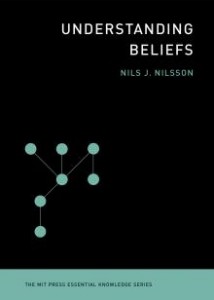 NN: I don’t think we can access reality directly. We access it only through our perceptual apparatus (augmented by scientific instruments, etc.), and our models usually influence what comes through. In fact, without these models, we couldn’t make sense of our perceptions. And what would it mean to access reality directly anyway? Reality doesn’t come equipped with tags describing what’s in it. Our models supply the tags, which we have invented to make sense of reality.

EB: What does your work suggest about the way we ought to be teaching science?

NN: I think my chapter on the scientific method would be a good start. But, I would want to expand it, revise it, and strengthen it if I were to try to write textbook on how to teach science.

NN: I think a lot of philosophy is hung up with notions of truth and notions about what reality is. My view of these matters simplifies things a lot, I think. Some philosophers agree with me, Daniel Dennett for example.

NN: You are most welcome!