An Interview with Nicole Howard, author of The Book: The Life Story of a Technology 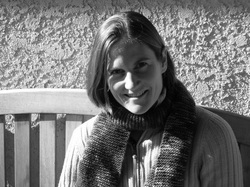 Nicole Howard is the author of The Book: The Life Story of a Technology (Johns Hopkins Press, 2009). She has a PhD in the History and Philosophy of Science from Indiana University.

EB: What got you interested in history, and specifically the history of the book?

NH: My undergraduate degree was in math; I only took history courses as a hobby. But I was curious enough to pursue graduate work in the History and Philosophy of Science program at Indiana University. Thanks to Lilly Pharmaceuticals (hard to believe I just wrote that) the IU Special Collections are home to an amazing array of early modern scientific texts. First editions of works by all the great scientists—Galileo, Harvey, Newton, Borelli—were held in the Lilly Library. I just loved spending time in there, holding those books. Then one day, in a moment of serendipity, I realize that the book I was looking at—a physics text by a man named Christiaan Huygens—had notes scribbled in the margins. A little more probing revealed that this had been Isaac Newton’s copy, and these were his notes (which included things like “I proved that already”). Discovering that solidified a life-long interest in books as objects: how they are made, how they are written, how they are read.

EB: Why is the history of the book important today?

NH: The obvious answer is that we are living in something of a transitional time, where texts are concerned, and it is useful to understand how fluid textuality (print media) has always been. I think it’s easy to fall into cliché where books are concerned, drawing parallels between the printing revolution, for example, and the internet. And such a comparison is not without truth, but the history of the book lets us study similarities and differences in greater depth. When we do so, we begin to appreciate that books have always been dynamic objects, their shape, meaning and influence changing over time. It’s the perspective that book history gives us that’s most valuable.

NH: There’s a great deal of literature out there, so an initial challenge was to calibrate where my work would fit. Ultimately, I felt that much of the scholarship—which was excellent—was also quite technical, to a degree that would be a challenge to many readers. I wanted to highlight the social and cultural history while deemphasizing those technical parts. That change in focus, however, didn’t mean I could personally gloss over the technical aspects, so I spent a lot of time learning about things like descriptive bibliography, lithography, the mechanism of mono- and linotype, etc. It was a wonderful exercise, and therefore a reward in itself.

EB: What topics would you have added if you had twice as much space?

NH: As someone who trained in the early modern period, I would love to have spent two or three more chapters on print’s early years (the period that gets distilled in the “Youth” chapter). There’s so much going on in the 16th and 17th centuries where print is concerned, from the ways books were physically put together to the paratextual elements they contained (prefaces, colophons, indices, etc.). I find that period endlessly fascinating.

I would also like to see the book updated. So much has transpired in the nine years since I wrote this that “The Future of Books” almost has an antiquated charm. Less generously, it’s outdated. The publisher’s reluctance to put out a new edition, I suspect, stems from the fact that many scholars have take up the discussion of the book’s future. The market for such works is fairly saturated. Still, if I had the chance I would write my own postscript.

EB: My students were fascinated by the story of Gutenberg and his business partners. Can you tell our readers a little about that?

NH: Poor Gutenberg. He is at once an ideal candidate for historical sympathy and a cautionary tale about choosing business partners. The facts is that Gutenberg needed financing for his project, which necessarily put him at the mercy of others. He also needed time. The 42-line Bible that is attributed to him was 1,282 printed pages. Historians estimate that he needed at least four compositors and twelve printers on this job which took nearly three years to complete.

The terms of the loans Gutenberg received from Johann Fust were pretty standard for the day. The first one, for 800 gulden in 1449, was borrowed against the equipment Gutenberg would develop. The second loan in 1452, also for 800 gulden, was specifically for their joint venture in “work of the books.” But by 1455 Fust and Gutenberg were disagreeing, each accusing the other of misappropriating funds in some fashion. Fust called the loans due which, with interest, amounted to 2,026 gulden. (One historian notes that this would purchase four houses at the time.) They went to court and a royal notary recorded the only document we have from the dispute. The judgment went against Gutenberg. What this means, precisely, is not known. Theoretically Gutenberg would have turned over all his equipment to Fust, as well as half of the Bibles produced. In 1460, however, Gutenberg was printing again, so it is unclear whether he was able to hang on to some of that equipment or if he secured it through someone else.

The only extant court record of this dispute is fully viewable in mss form and in translation. Just click on the Helmasperger’s Notarial Instrument: http://www.gutenbergdigital.de/

EB: I was struck by the attention you have to the labor history of the book, and the way in which technology was often a threat to workers. Is there a lesson in all that for us today?

NH: Certainly there was concern about what it meant to print texts or, later, to automate that printing. Scribes resisted, parchementers and printers resisted, compositors resisted, and today publishers resist (see Amazon v. Hachette). Such opposition was especially evident in towns where there was a thriving book market, such as university towns. It’s interesting to note, however, that for at least 150 years after the printing press was developed, scribes were needed—and not in trivial numbers—in most European cities. Governmental documents, satires, poems and letters were often hand-copied, rather than printed, both for efficiency’s sake and because it allowed the producer to control the audience.

I mention that because we see time and again that as a new technology is introduced, it doesn’t necessarily imply obsolescence of the original modality. The market for ebooks today is big and growing rapidly, but in 2013 sales of hardback books outpaced ebooks by a factor of 2:1. Certainly there’s a demand for books on the ipad and kindle, but the purchasing public has also made it clear that they still want hard and paperback books. In terms of labor, this means diversification of production, but not the death of a certain type of product.

EB: Do you have some favorite resources—museums, websites, videos–for the history of the book?

NH: It would be hard to appreciate books as much as I do and not love the documentary Helvetica. It deals more broadly with graphic design and how typefaces affect us, and if one can get beyond the fact that it’s a film about a font, it makes for great viewing.

As far as museums, one of the best is the Plantin-Moretus Museum in Antwerp, Belgium. They have some of the oldest printing presses in the world there, as well as examples of printed books going back to the business’s founding in the 16th century. They also support a nice website.

Finally, the website hosted by the Society for the History of Authorship, Reading and Publishing (SHARP) has a collection of links to print history in all periods: http://www.sharpweb.org/exhibitsblogs/

EB: What sorts of current scholarly projects are you working on?

NH: Currently I’m studying the prefaces of early modern books—when they first appeared in books, who wrote them, and what kinds of messages they conveyed. It turns out that, initially, books just didn’t have them. Then printers started writing “Prefaces to the Reader” in an effort to publicize their shops and make sure readers understood what they were getting. By the 16th century, authors had commandeered that space, so that the prefaces were authorial voices talking to potential readers. What they say is sometimes surprising. Some authors use the preface to intimidate readers they don’t want (e.g. if you’re too religious to be open to these ideas, then take a hike) while others try to prime their readers for a particular kind of reading experience. And of course there are the authors who offer obscene amounts of false modesty in the preface, claiming that they don’t really want to publish, that’s it’s beneath them, etc., but that their friends have pressured them to put their brilliant ideas into print. I hope to present on this next summer and then see where the topic takes me.

Edwin Battistella’s latest book Dangerous Crooked Scoundrels was released by Oxford University Press in March of 2020.
View all posts by Ed Battistella →
This entry was posted in History of Publishing Observations, Interviews, What People Are Reading. Bookmark the permalink.