An Interview with Jennifer Margulis 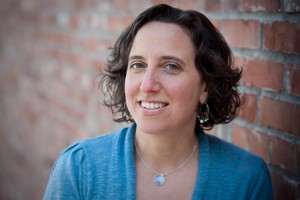 Jennifer Margulis is is an award-winning travel, culture, and parenting writer. She is a former contributing editor at Mothering magazine and her writing has appeared in many of the nation’s most respected and credible publications, including the New York Times, the Washington Post, and on the cover of Smithsonian Magazine.

A Boston native, Margulis has a Ph.D. from Emory University and is Senior Fellow at the Schuster Institute for Investigative Journalism at Brandeis University. She was also a Fulbright fellow in 2006 at the University of Abdou Moumouni in Niamey, Niger (West Africa) for the 2006-2007 academic year. Her cover-story on Niger for Smithsonian Magazine was chosen by Natalie Angier for inclusion in Best American Science Writing 2009 (Harpercollins).

Jennifer Margulis lives in Ashland with her husband and four children. The Business of Baby is released this week by Scribner.

EB: What made you decide to write The Business of Baby? 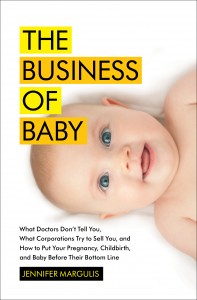 JM: I was shocked to learn that the United States has the highest maternal mortality rate of any industrialized country, and I wanted to investigate why.

EB: You travelled extensively and look at mothering practically across cultures. What are other countries doing that we’re not?

JM: The United States is also one of the only countries in the world that does not offer paid maternity or paternity leave. I visited Norway, which has been voted by Save the Children as the best country in the world to be a mom. And for good reason! Norwegian moms get 47 weeks of paid leave (and they must take several weeks off work before their baby is born, even if they plan to return to work sooner than 47 weeks) and dads get an additional three months of paid paternity leave. There’s a tremendous amount of support for breastfeeding, and a recognition that being a mother is an important job that deserves remuneration. They also have among the safest birth industry in the world, and a C-section rate that is half of what it is in America.

EB: Why is our mortality rate so high?

JM: We have so overmedicalized birth in the United States that it has become dangerous to go to the hospital. American doctors are not trained in vaginal delivery. Our C-section rate is 32.8 percent, and C-sections have gone from being a life-saving operation to a life-threatening operation in this country. Nearly 68,000 women almost die in childbirth or from childbirth related causes every year.

Part of the explanation is the gross inequities in America — African-American women and other non-white women are more likely to die during pregnancy and birth. But the real problem — which is related to our country’s way of treating ethnic minorities and the poor — is that our medical system is completely profit-driven. Doctors and hospitals prioritize their bottom line instead of safety and good outcomes.

In Norway, it is illegal to advertise to children under 8 because they cannot distinguish between fantasy. In America, the average preschooler watches at least 11 food and beverage ads (designed to addict them to junk food) a day. In Norway, pregnant moms would never be given formula samples (the Norwegian breastfeeding rate is close to 100 percent!). In America, corporations use willing obstetricians and pediatricians to sell harmful things — like infant formula and unnecessary medication — to pregnant women and newborns.

EB: What was the most striking thing you discovered?

JM: That the pediatrician who has been most vocally championing child-led potty training (a concept that sounds right but turns out to be detrimental to children and their parents in so many ways), T. Berry Brazelton, was a paid spokesperson for Pampers.

EB: Can you give our readers an example of how profit-making and profit margins impact the birth process?

JM: There are, sadly, many many examples. It is in the hospital’s best financial interest to deliver a woman as quickly as possible. That is one of the main reasons for unnecessary C-sections. It is also the reason we “augment” labor with Pitocin. Why would we possibly need to hurry a woman’s labor along if the woman and the baby are doing fine and there is no medical indication that something is wrong? For two reasons: doctor convenience and hospital financial gain. I interviewed a former hospital consultant whose job was to make California hospitals more profitable. He told me that in closed door meetings doctors with low C-section rates would be chastised and told to increase them because doing too many vaginal births was not cost effective.

EB: Your book is very much in the “follow the money” tradition. What are your inspirations as an investigative journalist?

JM: I’m inspired by Jessica Mitford, who wrote The American Way of Death, and many other excellent books. I’ve also been inspired by Eric Schlosser, author of Fast Food Nation, and Barbara Ehrenreich, who wrote Nickel and Dimed.

I read nonfiction voraciously (right now I’m reading The Death of Innocents by Richard Firstman and Jamie Talan, and Andrew Solomon’s Far From the Tree). I learn so much from every book I read, both how to become a better writer and what pitfalls to avoid.

EB: What’s been the reaction from the mom-on-the street?

JM: My editor got pregnant while she was reading the book, and wrote me a personal note afterwards to thank me for helping her. She said the book changed her thinking about pregnancy and labor. Because of it, she chose to have a midwife instead of a doctor. She had a 35-hour labor, most of it at home, and an unmedicated vaginal birth (and she was considered “high risk.”) She felt totally empowered afterwards.

Moms who read it who have already had their children either tell me it’s the book they wish they had or that they feel sad after reading it because they realize that the way their children came into the world could have been gentler and healthier. Here’s one reaction by an L.A. mom. She loved and hated the book AND wants to give it to everyone she knows.

EB: Are there some medical practitioners who are trying to reform the way the birth and parenting process works?

JM: Of course. There are so many wonderful obstetricians and pediatricians who are fed up with the system and concerned about our bad outcomes. I interview many of them in my book. They are actively trying to change the system from the inside out, and their work is inspiring.