What does “clean” mean? 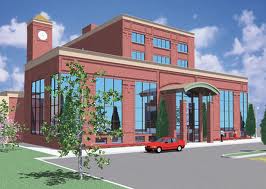 Over the summer, my wife and I visited Don Aslett’s Museum of Clean in Pocatello, Idaho. It’s a six-floor 75,000 square foot museum devoted to the art of cleaning. The Museum is the brainchild of Don Aslett, the founder and chairman of Varsity Contractors, a nationwide cleaning services provider.

Aslett was at the museum when we visited and led the tour himself. He’s a fit and funny eighty-something guy who like to present himself as “just an old janitor who loves to work.” Of course he’s a savvy CEO who built a $250 million dollar a year company and marketed a line of cleaning products as well. And he’s written dozens of books on cleaning, organizing and business (and a bio, of course: Cleaning Up for a Living).

Standing in the four-faced clock tower above the sixth floor, I suppressed the urge to ask who’ll clean your clock? But I did start thinking about the word clean. It was hard not to.

What does clean mean? It’s early, partly obsolete, meanings overlapped with clear and meant pure. We still retain some uses of clean with this sense of absoluteness or completeness, like when the wind tears a roof clean off.

Clean is also a verb. It’s the process of making something clean. We have a whole scrub-bucket of words for that, of course, including wash, soak, shampoo, shower, bathe, scrub, scour, dust, mop, sweep, swif, and squeegee. You can engage in the process without achieving the result—we’ve all had the experience of washing something and finding that it’s not clean.

Clean also anchors the two-word verbs like clean up and clean out. What do the little particles add to the meaning? There’s a difference between cleaning up your room and cleaning your room. In the first case, you are restoring order—clothes off the floor, junk of the bed and chairs, things put away. In the second, you are vacuuming, wiping the mirror, dusting, and so on. In a nutshell, it’s the difference between making the bed and changing the sheets. When we clean out something (a closet, a garage, cabinets), we restore order by getting rid of unneeded items. And when someone in charge cleans house, that’s reorganization, not picking up.

What’s the difference between clean and cleanse? Cleanse was at one time the more common verb but now has adopted a ritual-religious sense—you cleanse your soul or chalices but you clean your plate. Cleanse also contains a sense of thoroughness that you find in expression like cleansing cream or colon cleanse. And it has an ugly extension in the term ethnic cleansing.

We use clean in all sorts of metaphors and idioms, from the picturesque clean your clock to the mysterious clean as a whistle, To clean the clock builds on 19th century slang usage of clean to mean drub and dates back at least to this example from Trenton Evening Times in 1908: “It took the Thistles just one inning to clean the clocks of the Times boys.”

Clean as a whistle probably developed as a variant of clear as a whistle (whistles not being known for their cleanliness). And clean as a hound’s tooth is perhaps reinterpreted from a use of clean to mean sharp. Hounds’ teeth are even less clean than whistles.