An Interview With Molly Best Tinsley 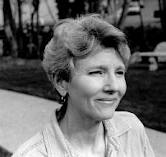 Molly Best Tinsley is professor emerita at the United States Naval Academy, an award-winning writer, and the co-founder of FUZE Publishing. Her writing has been recognized by the National Endowment for the Arts, the Oregon Book Awards, the Pushcart Prize, and the Maryland Arts Council, among others. She is the co-author of The Creative Process (Bedford/St. Martin’s) and of Satan’s Chamber (Fuze Publishing), and the author Throwing Knives (Ohio State University Press) and My Life With Darwin (Houghton Mifflin).

Her memoir Entering the Blue Stone has recently been released by FUZE.

As a FUZE intern for the past two terms, I’ve learned a lot about FUZE and the publishing world during and wanted to share it in this interview.

EM: I understand you and Karetta are long-time friends.   Has establishing a publishing company been something you have discussed over the years?

MT: It was not something that was ever even mentioned in the past. In fact, we lost contact, continual contact anyhow, for a long time, and only saw each other when we got together for lunch when I visited back east. It was over one such lunch that Karetta broached the idea of writing a thriller, and so I decided to take it on.

We realized, however, that there was no market for it. We tried the usual route, with agents, etc., and we were just not getting anywhere even with a pretty aggressive effort. People weren’t picking up our book because we were an unknown quantity, unknown writers, for whom they couldn’t develop a marketing platform.

It was kind of an idea that developed on the spot, and was totally Karetta’s idea, because my brain simply wouldn’t have gone there. I would have just waited until the cows came home; my pattern is to send stuff out a lot, because getting rejection letters is just the way to getting the eventual acceptance letter.

EM: Three years ago the publishing world was in disarray.  What did you think you could accomplish by starting a small press?

MT: After the economic crash, shit hit the proverbial fan. Publishing companies all but shut down in terms of acquisitions.

There were plenty of signs early along that marketing departments had taken over, the piece of the company that spent its time looking for literary value had to go through the marketing, so it became more and more about what was monetarily viable. And not just in the past three years, this goes back to Reagan, when business took over the country.

But that’s what keeps me involved: doing for others what would have been lovely to have had done for me when I was trying to get published. I like to enable the writers that are “behind me” in the publishing world, bringing out books that deserve to be out there, because without the right contacts you’ll never get published.

Publishing companies only want to pick up blockbusters, things that will “go viral.” There’s such a gambling mentality: find something nobody else has found, give them a ton of money and hope they make more back for you. Supporting good writers isn’t the goal anymore.

EM: Your goal is to publish the works of new or unheard authors.  This approach violates good business sense in that established authors are more likely to produce solid revenues, than new ones. How has this worked for Fuze?

MT: It seems to be working really well. It’s working in the sense that the writers are satisfied, and they can feel good about their book.

On one level we’re satisfied about the books, but the once piece missing is to break into the larger world. Media, of course, are the ways in, but big media. JPR/Oregon TV interviews are all regional, attracting more competent writers that have the spark, which is good, but the real challenge is breaking through from regional to national recognition.

I’m sure I could figure it out if I had the time, but I keep saying to myself, “Would you rather spend time doing this or write?” I need to write, even if nobody reads it, I have to make these stories. Even so, I am always pitching in, trying to make things happen when they can, and I’m always looking for new ideas.

EM: Your mission is to publish stories that are well-written, have cross-cultural themes, the power to educate and change minds, and be a page turner.  Are these stories hard to find?

MT: We really haven’t had a lot of trouble. In a way, that mission statement is not as confining as one might think.

Black Wings, with military culture is a world apart from most of us, so we have a clash there. I’m currently editing a book about post World War II Britain, a coming-of-age story. There’s a lot of World War II German versus British mentality, and it’s all very fascinating. This book asks the really important questions about war. It can fall easily onto our “sweet spot.”

I also recently met a woman who had a published story. It had a lot of local social satire, which might be difficult to market, but she’s such a strong writer we can’t really turn her down.

Quality of writing is really important in all this.

EM: Developing a publishing company takes a unique set of skills.  You and Karetta have different backgrounds. How have these differences helped or hindered the development of the company?

MT: I has really helped. I couldn’t do this without her business sense, and she couldn’t do it without my writing. As it often is, in this world of publishing, you have a publisher and an editor, just like with a movie you have a producer and a director. I’m the editor, I write and she makes things happen in the real world.

EM: What is the most important lessons you have learned during the last three years?

MT: We have learned a lot about using the internet. Meg Tinsley, our director of Marketing and Public Relations, has helped a lot, with the newsletter andus get acquainted with bloggers. And our other intern Mary Lee helps with the social media.

It’s all an unfamiliar place for us, but it’s very hard to avoid the cyber side of things with a business, especially today.

My big ah-ha moment in all this has to do with learning my limits, and realizing that I can’t let go of my writing. It has to take up at least half my time, or I’ll go nuts. Sometimes when I have doubts, I ask myself “Is this what I quit my job for?”

Setting limits has been extremely important.

It’s just really hard, because I want to publish every writer, or even just help them. I want them to keep writing. Creativity is drying up in our natio; we are not creating, we are just consuming. I don’t want the voices of the world to go quiet even though I can’t give everyone a megaphone.

EM: Is there anything you would do differently now that you have three years of experience in growing a business that publishes good books?

MT: There’s nothing I would necessarily do differently. You have to take certain steps in a thing like this, and there’s no bypassing them.

We’ve had to revise our situation as we went along, and that experience has helped in the long run. We now know to avoid certain avenues, and those kinds of things are important.

EM: What is your plan for growth over the next five or six years?

MT: I would like to get into a situation where my work level is manageable, maybe doing four books a year or so. I really dislike time-pressure, because life is too short to have to worry about deadlines. That’s what graduate school was for.

I’d like to get to a place where I can find a good balance of my work and FUZE’s work. Balance is the most important word for me right now.

EM: If you were to fast forward five years from now, how will FUZE have changed?  Stayed the same?

MT: I’d like to build up a list of strong writers that have books that are still of interest to the public and are still being bought. Nothing big or glamorous, mostly more of the same, just more fine-tuned. That said, naturally I’d love a big success, mostly so we can launch further successes for everyone else, providing more potential for all of our authors. I’d also like to get the attention of the writing world, so a book of ours would immediately get attention as soon as it was published, instead of having to claw and bite to make that happen.

Edwin Battistella’s latest book Dangerous Crooked Scoundrels was released by Oxford University Press in March of 2020.
View all posts by Ed Battistella →
This entry was posted in History of Publishing Observations, Interviews. Bookmark the permalink.