An Interview with Vince Wixon

The eventfulness of a poem comes in the experience of the reader. 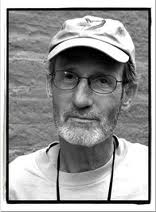 Vince Wixon’s most recent chapbook of poems is Blue Moon (Wordcraft of Oregon, 2010). His previous books are The Square Grove (Traprock Books, 2006) and Seed (May Day Press, 1993). He has poems in four anthologies, including From Here We Speak: An Anthology of Oregon Poetry, Garrison Keillor’s Good Poems: American Places, and, most recently, What the River Brings.

He is co-producer of videos on former Oregon Poets Laureate William Stafford (What the River Says and The Life of the Poem) and Lawson Inada (What It Means to Be Free). Both are available at poetryvideos.com.

Vince Wixon and his wife Patty live in Ashland, Oregon, are longtime poetry editors for Jefferson Monthly, and are on the board of Chautauqua Poets & Writers.

EB: What does it mean to you to be a poet?

VW: I’ve written quite a few poems and have two chapbooks and one larger volume, but I still find it difficult to refer to myself as a “poet,” though in my working years I did think of myself as a teacher. I guess now I’m a retired person who writes poems. One thing it means to me is the pleasure of making something. (As Bill Stafford said, “Art is first nothing, then something.”) I am creating something out of words by following along, in early drafts, where they lead me. So there’s that pleasure of discovery. And what you write at first can be expanded and sharpened in revision.

Another thing is, I like most of the poets I know and ones we’ve had in the Rogue Valley as part of the Chautauqua Poets & Writers Series. They are lively, curious, and interested in words and what goes on in the world. Good people to align oneself with.

EB: When did you first begin writing poetry and why?

VW: I began writing poetry rather late, in my late twenties—when I was working as a master’s degree instructor at Utah State University in the early 1970s. I became friends with English prof and poet Kenneth Brewer (later Poet Laureate of Utah), who encouraged me to write poems, and I found I enjoyed it. Of course I’d read poems and taught literature for some years by then, but had not tried my hand at it. Ken was my first publisher: my poem “Black Dragon Canyon” appeared (with a typo) in his short-lived little magazine, The Blue Fife: a journal of western poetry—right after two poems by William Stafford, I’m proud to say. From that point on I have written poems but not with Staffordian diligence.

EB: How do you select poets and poetry for the Jefferson Monthly?

VW: Patty Wixon and I select poems in two ways: through poems submitted to us and from poets we contact. The poets we contact, almost without exception, live in the Jefferson Public Radio listening area, a large area, or are visiting the area to give a reading. For example in the last six months we’ve published Chautauqua Poets & Writers guest Eavan Boland, from Stanford and Dublin; Jim Shugrue and Lisa Steinman, Portland poets who recently read at Bloomsbury Books; four Eugene poets who read at Illahe Gallery; local poets Marcy Greene, Jay Schroder, and Steve Dieffenbacher. Next month we’ll publish Linda Bierds, a Seattle poet who’s giving a talk and reading at SOU on May 4; in June Corvallis area poets Clem Starck and Charles Goodrich, who will read at Bloomsbury Books on May 31; and later in the year Richard Lehnert, a poet who moved to Ashland last year, and other local poets Kathleen Meagher and Judson Hyatt.

EB: Tell us a little about your work with the Stafford Archives?

VW: Patty and I knew William and Dorothy Stafford beginning in the mid 1970s. Then in the late 80s, my video partner Mike Markee and I made What the River Says and The Life of the Poem, so we had the good fortune of spending a lot of time with Bill. When Bill Stafford died suddenly in August of 1993, Patty and I were logical ones to be involved with helping his literary executor, son Kim Stafford, and others get his papers together and moved into an office in the Multnomah section of Portland. (Some years later they went to the Special Collections in the Lewis & Clark College library.) For the 1995-96 school year I received a Teacher-Scholar Award from the National Endowment for the Humanities (a program that no longer exists, alas), which paid a good portion of my salary to take a year’s leave from Crater High School to work with Bill’s papers. During that year and beyond, Paul Merchant, hired by the Stafford estate, and I worked on many things, including indexing Bill’s Daily Writing (He’d saved them since 1951!), his prose writings, organizing his correspondence. We also edited the two Michigan books listed in my bio, and helped select poems for The Way It Is: New & Selected Poems (Graywolf Press, 1998). Though I no longer spend much time in Portland, Paul and I have continued working on projects, including the article about making Stafford’s first two books of poems, and a book of Stafford’s sayings and aphoristic poems, which is tentatively titled Every Mink Has a Mink Coat. Also, Patty and I have recently edited a series of interviews we did with Bill Stafford’s widow, Dorothy, in the late 90s. It’s called Feeling at Home: An Interview with Dorothy Stafford and it’s available online at the Lewis and Clark Digital Collection.

EB: What advice would you give to teachers wanting to encourage young poets?

VW: To encourage them to write regularly, to bring them together or find ways for them to get together so they can write and share their work, to “train” them to operate a reading group, to find reading opportunities for them (say during lunch in the school library), to not judge the poems very much (but also to know who’s serious about publishing; those you can help very directly with revising and suggestions). Last school year I twice met with a group of young writers at Phoenix High School who’d organized themselves and met during lunch once a week or so. All without a teacher or class.

But teaching poetry writing in classes can be ideal, I think. You can read some sample poems, assign an exercise using a prompt, write a draft, and share—all within 45 minutes to an hour. And there are two rules (from poet Marvin Bell):

1. What you write doesn’t have to be any good.
2. Teacher writes, too.

What’s important is to go through the process, and by doing a series of exercises over time, the students will have a number of poem-drafts. Then they can select a few to revise.

Another thing I would add about writing poetry in class—the poems should not be graded. My approach is, if the students do the exercise, they get full credit. Grading poems is not helpful.

After all, as a teacher you have an infinite number of points; you might as well use them!

EB: Who are your poetic heroes?

VW: William Stafford, of course, is my touchstone: for his attitude toward poetry. Everyone can write it. You just have to do it. And for the way he lived his life—a model of integrity. And for his poems and his ideas about what good poems need: “a poem must have early rewards. It must be eventful in language; there must be early and frequent verbal events. Content, or topic, is not nearly enough, of course. A poem is an experience in the reading or hearing; the eventfulness of a poem comes in the experience of the reader. And in those events for the reader there must be coherence; one experience must relate to and enhance the next, and so on. Readers should not be loaded with more information and guidance than a lively mind needs—puzzlement can be accepted, but insulting clarity is fatal to a poem.” “Early and frequent verbal events”—I try to keep that in mind.

Robert Bly for showing that you can write about farms and small towns in Minnesota, and for “leaps” in poetry. There are connections in poems other than logic. Clem Starck and Philip Levine for their blue collar poems. And Richard Hugo and B.H. Fairchild. Ritsos, Cavafy, Neruda, Szymborska, Linda Gregg, Alberto Ríos. Chinese poets of the Tang and Sung dynasties. And I would also like to mention Willie Mays.

VW: One goal I usually have is at least one publication during the year. I achieved that recently when a journal in Oregon took three poems. The other is to keep producing poems with some regularity.