An Interview with Michael Niemann 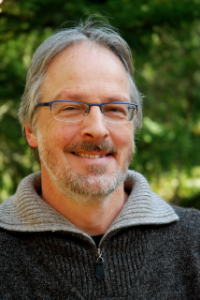 Michael Niemann grew up in western Germany and studied at the Rheinische Friedrich-Wilhelms Universität in Bonn, Germany, and at the Graduate School of International Studies at the University of Denver where he received a PhD in International Studies. A specialist in global and African issues, he is the author of A Spatial Approach to Regionalism in the Global Economy and for many years he taught at Trinity College in Hartford, Connecticut. Today he divides his time among writing, teaching, and app development. His short story “Africa Always Needs Guns” will appear in the 2012 Mystery Writers of America Anthology Vengeance edited by Lee Child.

EB: Can you tell us a little about your forthcoming story “Africa Always Needs Guns?” (What’s the story about? How did you place it in the MWA anthology?

MN: The story’s protagonist is Valentin Vermeulen, an investigator for the United Nations Office of Internal Oversight Services, the internal watchdog department of the UN. He had a pretty nice gig in NYC, but he annoyed some superiors during an investigation and now he’s sent to investigate fraud at UN missions around the world. His job in the story is to determine if weapons are smuggled into Bunia, eastern DR Congo, and how they get there. He’s about to nail the person responsible, but finds that that the bureaucracy and fuzzy lines of authority make it impossible to arrest that person. You’ll have to read it to find out what happens.

When I finished the story, I didn’t know what to do with it. There aren’t many outlets for short stories anymore and even fewer for crime stories. Tim Wohlforth in my writing group thought that the story was perfect for the upcoming MWA competition. The MWA usually commissions ten stories and holds an open competition for ten more for each anthology. I hadn’t even known about it. So, I joined MWA and submitted it.

EB: What was the editorial process like? Did the editors have good suggestions?

MN: The process was easy. The first go-around was mostly fixing the errors that crept in when the file was scanned. I had to submit a paper copy and they scanned it. That always introduces some errors in addition to my own mistakes. About two months later, I got another copyedited version and this one really made some rough spots flow better. I really appreciated those suggestions and adopted almost all. Finally, I got the page proofs in early January. A few new mistakes had crept in, again with the improper transcription of the French and Spanish terms. Overall, it was a good experience.

EB: When did you decide to turn to writing fiction? And why crime fiction?

MN: I think many academics secretly want to write fiction. We write scholarly articles and books and, most of the time, our total readership barely breaks out of double digits. So the seed for it was planted long ago. I just never acted on it. Then in 2002, one of my best friends, Fred Pfeil in Trinity’s English department, taught a free summer fiction writing course at the Hartford Public Library. I participated and caught the bug. I took an advanced fiction writing class with Lucy Ferriss, also at Trinity, where I learned a lot about structure, plotting, description, etc.

There was never a question that, if I were to write, I would write crime fiction. I’ve long been a fan of John le Carré and spy fiction has always interested me. Studying global issues, I was drawn to that. With one exception, every piece of fiction I’ve written so far is set abroad and/or involved some political aspect.

EB: As an academic, did you have to unlearn some things about writing when you turned to fiction?

MN: That goes without question. There are plenty of similarities, but writing an analysis of the role of abstract space in world politics is quite different than setting a scene or writing dialog. My writing went from presenting an argument to telling a story. The argument requires logical consistency, the story is more free flowing. I must say, though, that my last academic writing took on some of the qualities of story telling.

EB: Your professional training is in international studies, and you have written about migration in southern Africa, the AIDS pandemic, human rights and global trade. Have your research interests and travels informed your fiction?

MN: Yes, they are intricately connected. Everything I write benefits from what I have learned about the world. A common bit of writing advice is to write what you know, and that’s what I know. Much of my work and teaching was on Africa, specifically southern Africa, and several of my stories are set in Africa. The choice of a UN investigator as a protagonist turned out to be a great choice. It allows me to sent him all around the world without straining credulity. Since “Africa Always Needs Guns” I’ve sent him to the Golan Heights in Syria and to Yamoussoukro in the Côte d’Ivoire. Those stories are currently submitted and I’m waiting to hear. I’ve also started a novel featuring Vermeulen. It is set in Darfur, Sudan and centers on a kickback scheme involving the delivery of armored personnel carriers.

EB: What attracted you to Ashland? And how is it to be a writer here? Do you have a writer’s group? A routine? What’s your writing life like?

MN: We moved to Ashland in February 2008. I had a sabbatical, my wife had been here for a workshop earlier and suggested we come here. In September 2007, we lived here for a month to check it out and liked it so much that we quit our jobs and moved here. It was the best thing for my writing career. Going part-time as a professor gave me the time to focus on fiction writing. I joined a writing group headed by Tim Wohlforth right away and that the group has kept me writing.

My routine is less routine than I’d like. I try to write every weekday in the morning. Most of the time that works. Sometimes it doesn’t. Other interests come up, like learning how to create an iPhone app. In short, I’m not as serious about writing as I think I ought to be. But I don’t beat myself up about it.

EB: I know you are also working on a novel called Lincoln Road, set in South Africa. Can you tell us a little about that?

MN: Lincoln Road has gone through several stages of revision and is done. I’m seeking an agent but haven’t been successful yet. I’m also not as persistent about that as I ought to be.

The novel is set in Durban, South Africa. Musa Khumalo, the protagonist, is a poor squatter who ekes out a living fixing people’s cell phones and illegally connecting them to electricity. He is drawn into a conspiracy involving a corrupt city councillor who is selling off the land on which the squatters live to the highest bidder. He joins the protests, the councillor is killed and Musa is the key suspect. He’s got to clear is name and find the killer. There are car chases, abductions and a climactic scene right on the famous Durban beach front.

EB: Which do you prefer, the novel form or the short story?

MN: I like short stories. I like the opportunity to create a complete context where a crime occurs and is solved in 5,000 words. The form forces me to be judicious in my choice of words. But, as I said, there are very few outlets for short stories. Magazines are disappearing left and right. Yes, there are websites that publish short stories—I have a story (Kosi Bay) on Mysterial-E—but the vast majority of the websites don’t pay. Fifty years ago, a crime writer could live on short stories. These days are long gone.

Novels are big complex things. They require planning and structure, things that don’t come easily to me. But, as I said, I’m writing my second novel. Obviously there is something to it that keeps me coming back.

EB: You also have some expertise in technology issues and development. Do you have any thoughts on the impact of technology and e-publishing on authors and readers? Is it breaking down the barriers or opening the floodgates?

MN: The process of supplanting the traditional book with e-readers is well on its way. I’ve been an early adopter. I remember using a bulky e-reader back in the late nineties. It weight a lot but it let me take a bunch of public domain novels on vacation. I now own an iPad and use it frequently for reading all kinds of documents including novels.

The process of turning your writing into an ebook is easier than ever. My writing program let’s me export both in ePub (Nook, iBook and Sony) and Kindle format. Amazon has made it very easy to submit one’s books and so publishing has been democratized. Just check out the number of free or $0.99 novels for the Kindle reader. The gatekeeper function of agents and publishers has disappeared.

Is that good? Probably. Publishing has changed dramatically in the past two decades. As publishing houses consolidated, the need for profit (read bestsellers) trumped everything else. Being a mid-list author is no longer good enough. On the other hand, quantity does not mean quality. I’ve seen some poorly prepared novels. The plot might have been okay, but the lack of copyediting undermined my reading pleasure.

MN:I’m not sure I’m the right person to give advice. I learned a lot from the classes I took. So, take classes, even at your local community college. There is a craft to writing that can be learned. I also find that it helps me not to think of my writing as better than it is. I know I still have a lot to learn and I know that even my third draft still has a lot of problems that require attention.

MN: I’m re-reading John le Carré’s Karla trilogy at the moment and love the meandering pace of his writing. I enjoy Alan Furst’s spy novels set at the beginning of World War II. Stories set in Africa, especially by African authors always capture me. In the mystery genre there are Michael Stanley. Deon Meyer’s last novel Trackers was very well done. Chimamanda Adichie doesn’t write crime fiction, but Half a Yellow Sun is a wonderful novel set around the Biafra war of independence. Elsewhere in the world, there is a host of Scandinavian crime authors, Mankell, Nesbø, Olson who capture my interest. I’m always intrigued by William Gibson’s writing. His last trilogy has some of his best writing. Michael Chabon hasn’t let me down yet.

I could go on.