My fall term linguistics class spent a little time on the origins of writing and the alphabet, including a look at Egyptian hieroglyphs. 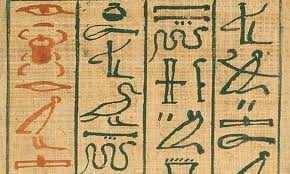 And we wondered whether The Book of the Dead was an example of ancient Egyptian vampire literature. Can you spot Bella, Edward and Jacob? 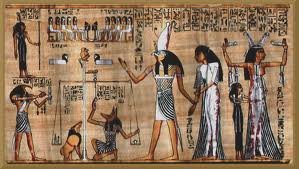 And speaking of vampires and werewolves, Carl Hilton of Bookwagon took his editorial pen to Charles Dickens to produce a Kindle ebook called A Christmas Carol with Zombies.

Edwin Battistella’s latest book Dangerous Crooked Scoundrels was released by Oxford University Press in March of 2020.
View all posts by Ed Battistella →
This entry was posted in Ideas and Opinions, Literary Events in Southern Oregon. Bookmark the permalink.