Posted on November 8, 2021 by Ed Battistella 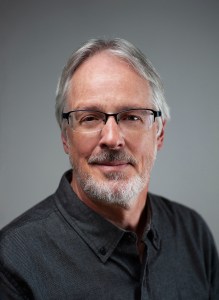 Award winning author Michael Niemann is the author of six novels featuring UN investigator Valentin Vermeulen. Niemann grew up in a small town in western Germany before moving to the United States. He has studied at the Rheinische Friedrich-Wilhelms Universität in Bonn, Germany, and the Graduate School of International Studies, University of Denver where he received a PhD in International Studies.

His novels Legitimate Business and Illicit Trade came out in 2017. Illegal Holdings appeared in 2018 and won the 2019 Silver Falchion Award for Best Thriller at Killer Nashville. No Right Way and Percentages of Guilt followed in 2019 and 2020. All are published by Coffeetown Press.

His short stories have appeared in Vengeance, the 2012 Mystery Writers of America anthology edited by Lee Child, and Mysterical-E. Africa Always Needs Guns, Big Dreams Cost Too Much and Some Kind of Justice are available as Kindle singles. You can learn more at Michael-Niemann.com

His book The Last Straw, set on the US-Mexico border, is available in November 2021.

Ed Battistella: I really enjoyed THE LAST STRAW and its plot ripped from the headlines. Can you tell us a bit about the story?

Michael Niemann: The tragedy of what was happening at the border over the past few years really gripped me. I’ve taught human rights for thirty-four years and so I knew that the US treatment of refugees was in violation of international law. The Refugee convention is binding for the US.

Talking about this with a friend of mine, she said, “You’ve got to bring Vermeulen to the border.” To which I could only say, “How?” He has no authority, no way of doing anything inside the US. That meant I had to bring him into the story apart from his regular job. Ostensibly he’s on a break, accompanying his partner Tessa Bishonga, who’s a journalist writing about the border. His vacation is interrupted almost immediately after he lands in Tucson. A skeleton is found in the desert. Next to the skeleton lies a notebook in a foreign language. It contains a Manhattan phone number. The number is Vermeulen’s. Since the skeleton was murdered, Vermeulen is drawn into the investigation of the local DA. It doesn’t take long before he realizes that a seven-year-old case has come back to haunt him, and he begins to investigate to get ahead of the authorities. In the process, he gets a closeup view of the mess that’s happening at the southern border.

EB: What was the biggest challenge for you in doing the book?

MN: After developing the premise—a challenge in itself—the biggest challenge was writing about the plight of refugees and asylum seekers with empathy, but also casting them as whole people with complex lives who are caught in a cruel machinery that has been built over the past decades.

The history of this border is complex and painful to read. It’s easy to do that with a “fact dump” that explains how things got to be so bad. At the same time, this is a thriller, exposition must be matched by action. So I struggled a little on how to weave that history into the story in a way that furthered the plot.

That’s the challenge of bringing current politics into a novel. It has to be in service of the story being told. If it isn’t, the story falters and readers will stop reading. Not because they don’t want to read about politics, but because they bought a novel, not a non-fiction book. So the novel has to satisfy those expectations.

EB: What was the research like? I noticed you had some forensic anthropology, some criminal law and more. Do you have a group of consultants you rely on for all that?

MN: No consultants for me. My royalties don’t quite add up to what it takes to make that possible. As I indicated, I’m pretty familiar with refugees and the legal rights to which they are entitled (despite the failure of many countries to honor those). As to the rest, the internet and especially Wikipedia is a wonderful source of detailed information. I had some prior knowledge of forensic anthropology—some of the worst human rights violations in the world were documented by forensic anthropologists who examined mass graves. It so happens that the medical examiner of Pima County (Tucson) does indeed employ such a specialist. It simply takes digging a little deeper to learn how determine the approximate age, sex, and other characteristics of a skeleton.

Learning about Arizona grand juries was a bit of a challenge, but I lucked out when I found a complete transcript of a grand jury session held in Cochise County, the very county where Vermeulen has to testify. A disgruntled citizen had put it on the internet. It gave me a sense of the questions posed, the role of the county attorney and the involvement of individual jurors.

EB: What was your favorite part of this story? 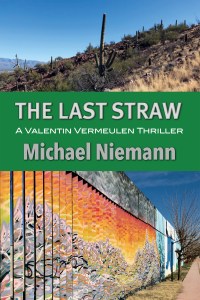 MN: I must say, I had a really good time creating the key confrontations and then developing strategies for the protagonists to escape from them. Delano’s confrontation with the Cartel De Jalisco Nueva Generación was a lot of fun to develop. It’s easy getting characters into trouble, but much more difficult getting them out again in ways that are plausible but not obvious. Who knew that potatoes are a cheap and effective means to disable cars?

But I had the most fun making readers root for one villain over another. At least that was my intention and I hope I succeeded.

EB: It was nice to see Camille Delano, who appeared in Illicit Trade, return. Was that part of the idea from the beginning?

MN: Honestly, I don’t remember. All I had was the skeleton. Then I needed to find a way to link it to Vermeulen. That brought back the memories of the sad-looking character from Illicit Trade. Once he was in the story, Camille Delano became the obvious choice since she disappeared at the end of the second novel.

EB: The book ends with some changes for Valentin Vermeulen. What’s next for him?

MN: Yes, the ending does bring changes. What those changes are is up in the air for now. I wanted to keep my options open because I like Vermeulen as a character.

EB: Where can readers get THE LAST STRAW and your other books.

MN: All my books are available where books are sold. Local readers can get them at Bloomsbury Books in Ashland. Readers farther afield can try the usual online places.

EB: Thanks for talking with us. Good luck with THE LAST STRAW

MN: Thanks, Ed. I appreciate the opportunity of being a guest on your blog.