An Interview with Michael Rousell, author of THE POWER OF SURPRISE 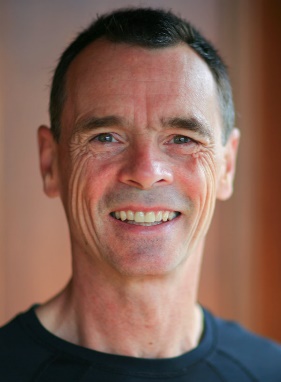 Dr. Michael A. Rousell is a teacher, psychologist, and professor emeritus at Southern Oregon University. Rousell studied life-changing events for over three decades and established his expertise by writing the internationally successful book Sudden Influence: How Spontaneous Events Shape Our Lives (2007). His pioneering work draws on research from a wide variety of brain sciences that show when, how, and why we instantly form new beliefs. He lives with his spouse in Edmonton, Alberta, Canada.

His new book is THE POWER OF SURPRISE: HOW YOUR BRAIN SECRETLY CHANGES YOUR BELIEFS (Rowman & Littlefield, 2021).

Ed Battistella: Tell us about your forthcoming book THE POWER OF SURPRISE: HOW YOUR BRAIN SECRETLY CHANGES YOUR BELIEFS.

Mike Rousell: Formative moments always fascinated me, those moments that make us who we are, the ones that form beliefs about ourselves. But it’s hard to trace back a belief to when it first formed. For example, do you believe you are clever If so, how did that belief develop? Was it incremental, parents and teachers praising your efforts and commenting on your brilliant creative efforts? Did this belief erupt suddenly through a surprise? Here’s an example. Jane thinks she isn’t creative. One day her boss surprises her by saying, “You keep coming up with clever solutions.” While this isn’t all that stunning, it’s potentially transformative. If Jane already believes she is clever, she accepts this comment as praise. But, if it surprised her, a host of neurological and cognitive processes take place that just might generate an instant new belief: “I’m clever.” That’s what surprises do. And this all takes place instantly, usually outside our awareness because it happens so fast.

EB: You write about the evolutionary purpose of beliefs and your work involves neurological and cognitive research.

MR: Here’s the fascinating part. In our evolutionary past, a surprise often meant immense opportunity or imminent danger. Alert! Am I safe? Is this an opportunity? Those who stopped to think didn’t make it to the gene pool. Accordingly, evolution hard wired us to learn instantly during a moment of surprise.

Let’s take a look at the Jane example about being clever. Once the brain signals a surprise, it needs to make sense of the surprise so it doesn’t happen again. First, you need to know a little about dopamine. We usually think of it as our motivator neurotransmitter. High levels mean approach. Low levels mean avoid. But a sudden spike in dopamine is an error signal, our brain’s way of saying stop what you’re doing, pay attention, and learn. Neurologically, a surprise is a two-phase burst of dopamine, what scientists call phasic dopamine. Here’s how it works. Phase one is a sudden spike signaling that something important is going on. It only lasts milliseconds. Phase two produces a long-lasting change in the dopamine concentration, tagged to the cause or outcome. In Jane’s case, it means she shows signs of cleverness.

Here’s the cognitive part. If you see a monkey in your yard, you’d be surprised, and you’d check it out. We can confirm or disconfirm events in the concrete world. With beliefs about our identity, that doesn’t work. Our brains take a markedly different approach. They do an instant Google search in your repertoire of experiences. In Jane’s case her brain searches for and inevitable finds “times I was clever.” Also like any Google search, she will get pages of hits. That confirms her cleverness. And that’s not all. Now that her cleverness is confirmed, she starts to view life through the lens of “I’m clever.” She sees examples of her cleverness everywhere, more affirmation. That’s our friend confirmation bias at work.

Here’s a key aspect. If you asked Jane how she formed her belief about cleverness, she’d likely say she didn’t know. That’s the secret part. Her boss merely noted it. The belief formation happened so fast it bypassed conscious radar. Her instinctive Google search tells her she’s always been clever. Or her search may find an old memory when she won a coloring contest in third grade.

EB: How does surprise affect learning? 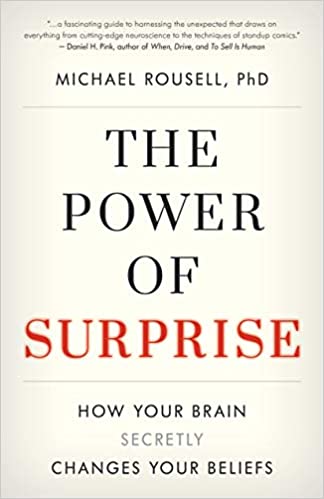 MR: Surprise boosts attention and facilitates long-term memory. So, use it as much as you can. Here’s an example I use in my teacher-preparation classes. I ask my students to predict the correlation between self-esteem and school success. Is it positive, as one increases, so does the other, and if so, is it strong, moderate, or weak? I give them a moment to think about it, then right down their answers, then discuss it within their groups. After a minute, I tell them to openly discuss their responses. The vast majority predict a strong positive correlation. They now expect me to begin a lesson on how to raise students’ self-esteem. I tricked them. I tell them that the correlation does not even exist. This surprises them, “What the,” and this surprise drives curiosity, a need to know. Now they listen thoughtfully as I give challenging examples. You know, the bully who loves himself but gets low grades, victims of ridicule that earn great grades but feel horrible about themselves. If I had simply lectured on the topic, it would have the same results as any lecture material. But because I surprised them, they will all remember this lesson and maybe even try to surprise other teachers. The media and entertainment use surprise strategically all the time to keep your attention. Think of news teasers, “And you thought dogs were your best friend—stay tuned. You won’t believe it.”

EB: How did you get interested in surprise and spontaneity?

MR: As a young man I was fascinated with hypnosis, so I gave it a try. I hypnotized everybody I could. People asked, “Can you hypnotize someone without them knowing? What if they never came out of it.” Epiphany! I started to think, are we all just hypnotized, acting out someone else’s inadvertent suggestions. That lead to a three-decade research agenda on formative moments, events that form beliefs we hold about ourselves. When I asked people to tell me about moments that changed a belief, they often told me about events in their lives that surprised them. Aha, I thought. So I started studying surprise as a catalyst of formative moments.

EB: This may seem like an odd question, but is it possible to plan surprise?

MR: If you mean, “Can we use surprise strategically,” yes, we can. Here’s an example from one of my graduate students. Karla taught junior English. Her student Jeremy regularly requested a library pass because he thought he wasn’t smart enough to participate in class. Karla knows he has impressive technical savvy because he helps his father repair computers. During one of his regular requests, she decided to surprise him by saying, “Are you kidding me? You’re one of the smartest kids I know. Anyone who can do what you do with computers is brilliant.” After that, his attendance improved, and he didn’t request library passes anymore. Karla surprised Jeremy by saying the opposite of what he thought about himself. If this comment surprised him, he has to make sense of it. He probably moved from “I’m not smart enough” to “I am smart enough, just not that interested.” And that’s a much more productive mindset.

Caveat: I don’t want to leave the impression just saying anything to someone that is opposite to what they expect will suddenly cause a character transformation. Most comments that challenge our beliefs get dismissed. The delivery of belief-changing comments requires artful and scientific wherewithal. But we can all learn it. For example, praise often sounds phony, and it’s easily dismissed. State something most others miss, like it’s an objective observation. Instead of “Wow! You’re creative.” Something like, “Your ability to think outside the box makes inventive ideas.”

EB: Do we ever surprise ourselves?

MR: That’s a fun question. Yes, we can surprise ourselves, but we can’t do it intentionally. Here’s an example. Someone challenges you to see how many pushups you can do. You haven’t done any in 10 years and think you’ll do 4 or 5 at most. You do 25. What! That surprised you. Here’s what happens instantly at a cognitive level. You instantly form a new belief, “I guess I’m in better shape than I thought.” And your brain does this Google search to understand why and it automatically finds pages of reasons: working on cabinets for the last few months, trimming overhead branches from trees in the yard, and so on. We surprise ourselves all the time.

EB: You’ve recently retired from teaching? How do you spend your time?

MR: I had planned a wonderful retirement, but COVID postponed it. I write, exercise, read, and make time to do interviews and podcasts.

EB: Thanks for talking with us. I really enjoyed THE POWER OF SURPRISE.

MR: Thank you for the opportunity. It’s a pleasure to share my passion for making lives richer.