An Interview with Wallace Stroby 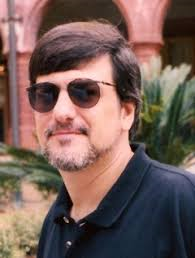 Wallace Stroby is an award-winning journalist and the author of eight novels, most recently the stand-alone thriller, SOME DIE NAMELESS.

His debut novel THE BARBED-WIRE KISS, was called “a scorching first novel” by The Washington Post and two of his novels GONE ‘TIL NOVEMBER and KINGS OF MIDNIGHT were picked as “best Books of the Year.” by Kirkus.

Stroby is a lifelong resident of the Jersey Shore, a graduate of Rutgers University, and was an editor at the Newark Star-Ledger for 13 years. 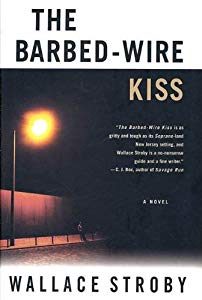 Ed Battistella: I’ve been a big fan since I read THE BARBED-WIRE KISS in 2003. How did you get started as a novelist?

Wallace Stroby: I spent 23 years working at daily newspapers as a reporter and editor, but writing novels was always a goal, for as long as I can remember. I wrote my first three novels while working full-time at the Newark (N.J.) Star-Ledger. After taking a buyout in 2008 – along with half the newsroom staff – I was able to start writing full-time.

EB: Reading SOME DIE NAMELESS, I couldn’t help but think of Ray Devlin as a Travis McGee-type character — although maybe a bit tougher. Has McDonald been an influence?

WS: I think John D. MacDonald has been an influence on most American crime writers. His novels, especially the McGee series, are seminal works of American crime fiction. I burned through almost all of them from ages 14 to 20. McGee and Ray Devlin from NAMELESS don’t actually have much in common, except for the fact they live most of the time on a boat, which was my direct homage to JDM and the McGee books. I wanted Devlin to be a character who was off the grid, so putting him on a boat seemed the best way to do that, and give a hat-tip to MacDonald’s work at the same time.

EB: What other writers have influenced you? 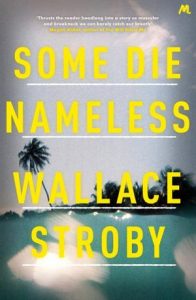 WS: That’s a long and ever-changing list. I was an avid reader from a young age, so I read everything I could get my hands on. As far as crime fiction, early on it was MacDonald, Dashiell Hammett, James M. Cain, etc. Then, in my later teen years, Lawrence Block, Donald Westlake and their contemporaries, all the way up to Charles Willeford, James Crumley, Elmore Leonard and James Lee Burke. I always go back to Leonard, even now. Not only was he a master of pace and dialogue, but you could always feel the sheer joy of storytelling in his work as well.

On a more subtle psychological level, discovering the work of Patricia Highsmith was a revelation to me, especially her Ripley novels. Outside of the genre, there are a lot of writers whose work I love but could never hope to emulate – Tom McGuane, Lorrie Moore, Andre Dubus, Larry Brown, Flannery O’Connor, Yukio Mishima and many others.

EB: Did your journalism background at the Asbury Park Press and Newark Star-Ledger influence your writing or your style? Or your writing habits?

WS: There’s definitely a skill set you learn at newspapers that comes in handy in writing fiction. The ability to organize material, write fast and tight and take a practical approach to the work are all invaluable. I think it also makes it easier to take editing and criticism. Editors in the publishing world tend to be concerned about your feelings, and try not to be too harsh. In newspapers, not so much. Deadlines are deadlines, and there’s always another one coming. No one cares about your feelings.

EB: You’ve been out of journalism for a time now. Are there things you miss?

WS: Yes. I miss the people. I miss the buzz of the newsroom, and the mutual working toward a common goal. Writing is by its nature isolating, and that’s been the biggest challenge for me. I worked with a lot of smart and talented people – especially at the Star-Ledger – and I miss that interaction. Social media helps, but it’s not the same. 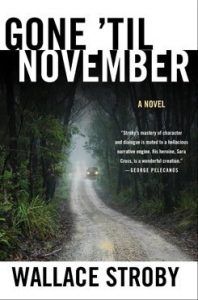 EB: I’ve enjoyed the Crissa Stone books. I was wondering if it was difficult to write a female protagonist like Stone or Sara Cross in GONE ‘TIL NOVEMBER?

WS: As with any character, you have to find a way inside their hearts and minds, regardless of their race, age or sex. You can always find some common ground. I’m not a female professional thief, but there are traits Crissa and I share – hypervigilance, a desire to re-invent ourselves – that I can use as touchstones when writing about
her.

I think the other key to writing female protagonists is to have a female first reader who can straighten you out when you go awry. Sara Cross from GONE ‘TIL NOVEMBER is a single mom. At the time I wrote that book, my editor, agent and first reader were all single moms, so I had some invaluable input from those sources. On all the Crissa books as well.

In the context of crime novels, I generally find it more interesting – and challenging – to write about female characters. Here’s a bit of behind-the-scenes trivia: I’d originally planned to alternate writing books about Sara Cross and Crissa Stone, which is why I gave them reverse initials – SC and CS. But once I started writing about Crissa, she took over.

EB: You come up with some great bad characters—notably Morgan, the enforcer, in GONE ‘TIL NOVEMBER. What’s the key to making a believable bad guy?

WS: Again, getting into their head and into their skin. I try to be as empathetic with my villains as with my protagonists. Everybody has their reasons, and everyone’s been formed by unique circumstances. Lukas Dragovic in SOME DIE NAMELESS does some terrible things, but he also has some legitimate gripes. Every villain is the hero of his own story.

EB: What are you working on next?

WS: Another stand-alone suspense novel, but this one a little more compact. With SOME DIE NAMELESS, I wanted to expand the scope, with different situations, locales, backstory, etc. This one’s much more intimate.