An Interview with Harley Patrick of Hellgate Press

Ed Battistella: How did Hellgate Press come about? 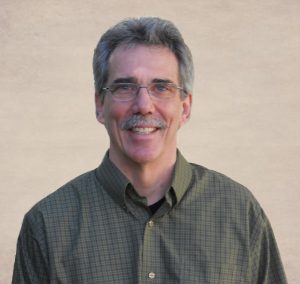 Harley Patrick: In the late 1990s, Emmett Ramey, the owner of PSI Research, Inc., a Grants Pass-based publishing company specializing in business-related titles under the imprint Oasis Press, wanted to establish a second imprint that would focus on military history and veteran memoirs. Emmett was a Navy veteran, and was personally interested in both military and historical topics. So he founded Hellgate Press, named after the Rogue River’s Hellgate Canyon.

EB: What does Hellgate specialize in today?

HP: While veteran memoirs and military history are still Hellgate’s main topics of interest, over the years we’ve expanded our catalogue to include adventure travel titles as well as historical fiction.

EB: Tell us a little about some of the books you’ve published.

HP: We currently have almost 100 titles in print, the majority of which are veteran memoirs and biographies. Most of those are Vietnam War related, with WWI, WWII and Iraq also well represented. A few of our titles deal with lesser known conflicts as well.

EB: What do you look for in an author and in a book?

HP: When it comes to our military-related titles, our mission is to help veterans—or the family of veterans—tell their stories. We don’t need an author to be previously published or to be the next David McCullough or Ernest Hemingway. We look for interesting stories well told, and if they’re a little rough to begin with, we’ll help polish them into shape for publishing. For our fiction titles, it’s about the same—an interesting plot, with well defined characters and a topic appropriately related to our genre.

EB: How has Hellgate Press evolved over the years?

HP: When I first joined the company in 2000, Hellgate Press was only a couple of years old with roughly 15-20 titles. I worked for the company until 2007, when I purchased it from Emmett and his wife Ardella. Over the last decade, it’s grown to be one of the best recognized military history publishers in the country, with almost 100 titles and a slew of award-winning authors.

EB: Who are some of the local authors you’ve published?

–T.B. Smith has penned two police procedural novels for us: The Sticking Place and A Fellow of Infinite Jest. Both center around a San Diego police rookie named Luke Jones, who has a reputation for quoting Shakespeare at appropriate, and occasionally inappropriate, moments. T.B. Smith is a retired SD policeman living in Ashland. 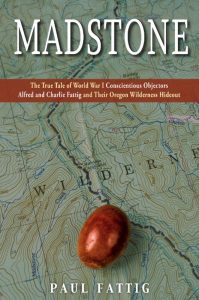 –Paul Fattig is a well-known journalist/columnist for the Mail Tribune, among many other news outlets. His first Hellgate title, Up Sterling Creek Without a Paddle, tells the story of his wife and his often humorous adventures buying and remodeling a 100-year-old homestead just outside of Jacksonville. It was released in 2017. His second book, Madstone, which will appear in March of 2018, is about his two uncles, Alfred and Charlie Fattig, who were WWI draft dodgers that hid out in the area now known as the Kalmiopsis wilderness. His third book, scheduled for a 2019 release, will tell the story of the smokejumpers based in Selma, Oregon, and their adventures fighting fires in Oregon and elsewhere.

–Dennis Powers’ book, Where Past Meets Present, contains 140 stories and photographs that tell the fascinating and occasionally odd history of the Rogue Valley. It was our bestselling book of 2017.

–Richard Seidman has written a delightful YA (Young Adult) book titled The Secret of Ebbets Field (Paloma Books). Set in New York in 1958, it tells the story of a young boy, Eli, a devoted fan of the Brooklyn Dodgers, who hunts for a treasure buried beneath the Dodgers’ stadium, Ebbets Field, and along the way encounters bad guys, a mysterious homeless man, and baseball great Jackie Robinson.

–Dr. Sylvia Chatroux. Her children’s book, Zucchini the Dog (Paloma Books), follows the adorable adventures of Zucchini as told to the author.

EB: What does the future hold for book arts? It seems to me that people are increasingly interested in the aesthetics of print and books.

HP: I feel we’re in a “golden age” of publishing in that there are so many opportunities today for an author to get his/her book published. From self-publishing to print-on-demand to traditional publishing arrangements, if someone has written a book, they can get it published and out into the marketplace. As far as the future goes, I see augmented ebooks—ones with embedded videos and various interactive apps, as a growing industry. And although we sell many more ebook versions of our titles than print, I don’t believe that print is dead, as some have suggested. I think you’re right in thinking that aesthetics will play an ever increasing role in the types of books we’ll be seeing on the shelves in years to come.

EB: Tell us a little about your background? How did you get interested in publishing?

HP: I left a 25-year career in marketing and public relations, all of it spent in Southern Cal, to move to Eugene, OR and pursue a master’s at the UofO in Literary Nonfiction in 1998. After graduating in 2000, I came to Ashland where I answered a small ad in the Mail Tribune for someone with editing and marketing experience to join a local publishing company. And, no pun intended, the rest is history.

EB: Hellgate also has imprint for Grid Press and Paloma Books. Can you tell us a little about those?

HP: Often we get manuscript submissions that don’t quite fit the usual Hellgate genres, but that we feel warrant publication. So, we created Grid Press to fill that niche. Primarily those have been politically-oriented and/or self-help titles. Paloma Books is a new children’s book imprint that we started about three years ago. It currently offers 19 titles that can be found at www.palomabooks.com.

HP: My pleasure, Ed. Thanks for asking.