An Interview with Sarah E. Stevens, author of Waxing Moon 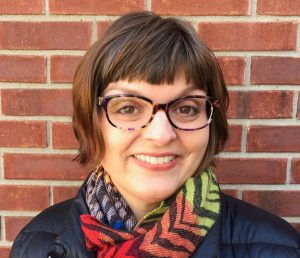 Sarah E. Stevens is fan of all fantasy, paranormal, and science fiction. She lives and works in Evansville, Indiana. Waxing Moon is her second book, a sequel to Dark Moon Wolf (profiled here).

Ed Battistella: Congratulations on Waxing Moon, part two of the Calling the Moon series. Your protagonist is back in southern Oregon. What happens?

Sarah E. Stevens: Thanks! Yes, the entirety of Waxing Moon takes place in southern Oregon. The book opens with Julie’s house burning down in the middle of the night. She and Carson are trapped in the fire. After they manage to escape, a huge, black wolf appears in the darkness and Julie realizes she has an unknown enemy—or perhaps, many enemies. The whole crew assembles to help: Julie, Sheila, Eliza, and Tim, along with some interesting new allies.

EB: I was intrigued by the relationships in the book, but also by the salamanders. Who are they? What’s their role in the story?

EB: As a writer, how do you manage the task of a second book in a series? How much backstory is necessary and how much is too much?

SS: It’s hard to hit the sweet spot where you reveal enough to catch up new readers, but you don’t indulge in an obvious info dump. I tried to bring up the relevant background as it became necessary to the new plot and the characters, so that readers get the information bit by bit. If I remember correctly, I edited quite a bit of the backstory out during revisions. Hopefully, I’ve left just enough to fill in the gaps and not so much that it’s boring or redundant.

EB: Have you noticed any changes in your writing from book 1 to book 2—from Dark Moon Rising to Waxing Moon? 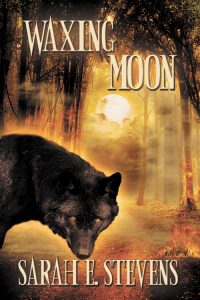 SS: I think my pacing is tighter in Waxing Moon. The book really drives to a finish and many of my readers talked about how well the suspense and plotting work, that they couldn’t put the book down. I also think the book has some great moments of character development. My writing is very character-centered, with a focus on relationships, choices, and their consequences.

EB: There is a book 3 coming—what can we expect in Rising Wolf?

SS: I anticipate Rising Wolf will be the final book of this series. Waxing Moon leaves several large questions hanging over Julie’s head, even as the plot resolves. You’ll see how her relationships with the Weres and the Salamanders develop. You’ll also meet a new paranormal threat, of course.

EB: What’s your author experience been like? What some of reader feedback have you gotten?

SS: I’ve had fantastic feedback and reviews. One of my favorite reviews of Dark Moon Wolf was on the blog “Fangs for the Fantasy,” because they really understood the issues of gender, diversity, and social justice that I’ve wrapped into my books. They’ll be reviewing Waxing Moon soon and I look forward to hearing their thoughts. I’ve been very conscious to include a diverse group of characters—in terms of race, ethnicity, and sexuality—and the themes of equity and inclusion are even stronger in this second novel. I really wanted to dispel the Werewolf mythos that involves brutal alpha males and center my stories on strong women.

Over the last six months, I’ve sold my books at several local conventions and signings. I’ve had a lot of fun meeting readers, signing books, and getting to know other authors. Since these books are published with a small press (The Wild Rose Press), I think the most difficult thing for me has been figuring out promotion and publicity. Without the power of a large press and distributor, I’ve done a lot of self-promotion on social media, my blog, other blogs, etc. I’d love to reach a wider audience, because I believe in my books.

EB: How do you learn about werewolves and other paranormal phenomena? Are there standard texts?

SS: I’d love to believe in paranormal creatures, but since they aren’t actually real, we don’t have textbooks. I’m a voracious reader of all things fantasy and I’ve read a lot of more traditional Werewolf fiction, as well as newer urban fantasy about Weres. When I reinvented Weres for my books, I did some research on cross-cultural associations of the moon.

SS: Thanks so much for having me!